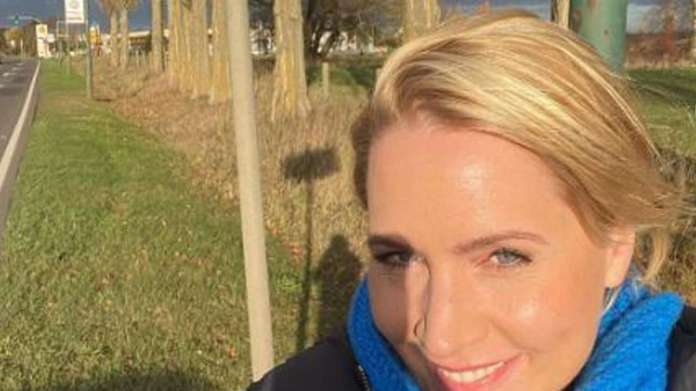 The Tagesschau presenter Judith Rakers is on filming in Mecklenburg-Western Pomerania. Her “proof” photo ”on Instagram leaves her fans puzzled about the background of the picture.

Pasewalk (Mecklenburg-Western Pomerania) – Corona will still have Germany under control in late autumn 2020. While the prime ministers are discussing extending the measures until shortly before Christmas, many are fighting for their livelihood, which is threatened by the pandemic. The Ed With its charity campaign “Hand in Hand for Northern Germany” this year, it supports disadvantaged people who are “through the CoronaPandemic are particularly in need. “

With: daily News-Speaker Judith Rakers. She wrote on Monday (23.11.) About one of her posts on Instagram Photos: “Again it is about the presentation of aid projects that take care of people who are through Corona are in need. We’re on the road with Ute and her Carimobil. ”That is exactly why the 44-year-old was on the move in the small town of Pasewalk and the surrounding area -“ in the beautiful Mecklenburg-Western Pomerania“As she writes.

On one of her InstagramPhotos the blonde had herself photographed in front of the Pasewalker town sign, “with the sun on her face (although it is actually very cold here)”, as she continues. Even more exciting than the sun on your face daily News-Moderator is the background of the picture. You can see a pitch black sky! “But it’s very dark over there” or “The sunshine in the foreground and dark clouds behind. What a contrast. ”Fans comment on their snapshot.

One even asks: “Dark sky, a sign?” A sign? But for what? Are the (extremely) dark clouds symbolic of them? Corona-Crisis in Germany? Or hardly is Judith Rakers once out and about in Pasewalk, the sky is already covered in pitch black? A rogue who thinks evil.

Another detail that the Instagram followers notice: The shadow cast by the 44-year-old and the place name sign is quite amusing. A fan writes: “This is the biggest marshmallow in the world!” Another suggestion: “The biggest stick bread in the world,” comments a follower. Both are not entirely wrong …

With the “Hand in Hand for Northern Germany” campaign, the Ed charity for ten years. In addition to the Child Protection Association, the Children’s Cancer Foundation, the food banks and the Hospice and Palliative Association were also partners in the campaign. Loud Ed-The statement “more than 22 million euros” has been collected since the start of the campaign. Gets from her followers Rakers much praise for their commitment. “Wow, respect. Shooting outside for a good cause in the weather. So this is what selflessness looks like. Great! ”Or“ A very nice and sensible action. thanks woman Rakers“Can be read in the comment columns.

Covid-19 in the Landeck district: 34 corona cases in 12 communities

Danger to Germany as a production location?