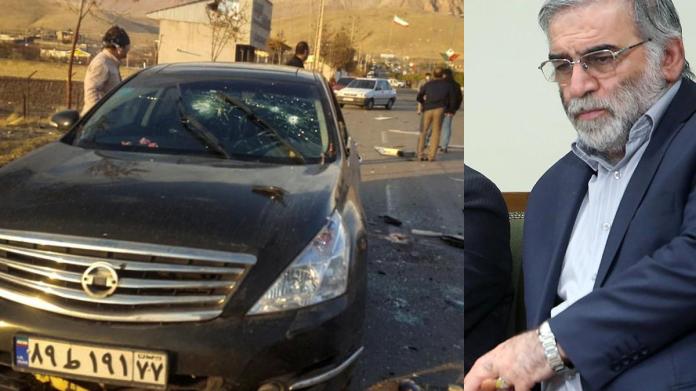 He was seen as the hard-to-replace strategist behind the Iranian nuclear program. Now Mohsen Fakhrizadeh has been killed in an attack. Only recently had there been speculation about a possible US military strike.

Et could be the event that determines the global security situation surrounding the change in power in the White House: the killing of nuclear scientist Mohsen Fakhrizadeh, the alleged head of Iran’s secret nuclear program. The tense ceasefire between Tehran and Washington that had prevailed over the past few weeks could now break out.

Fakhrizadeh was just as important a figure for Iran’s security apparatus as Revolutionary Guard General Kassem Soleimani, whose killing by a US drone in early January sparked a new round of violent conflict in the Middle East. Fakhrizadeh was not as powerful as Soleimani, but he should be at least as difficult to replace. Because he has possibly been leading the project that is at the center of all tensions around Iran for years: the Iranian nuclear program.

The international community suspects the leadership in Tehran of working on the development of nuclear weapons under the guise of a civilian nuclear program. This is indicated by numerous indications that the International Atomic Energy Agency has been collecting since 2003. That is why Iran has been subject to severe economic sanctions. The 2015 nuclear deal restricted Iran’s nuclear program in exchange for an end to punitive measures. But especially in the opinion of the Gulf States, Israel and many Western security experts, the restrictions on Iran’s nuclear activities were not effective enough.

That is why US President Donald Trump terminated the agreement in May 2018. As a result, there were repeated armed clashes between forces loyal to Iran and US units or their allies. And Tehran, for its part, said goodbye to the provisions of the agreement and rapidly accelerated its nuclear program. Under the leadership of Mohsen Fakhrizadeh, who may now have died in an attack organized from Israel.

In the past few years there have been repeated fatal attacks on Iranian nuclear specialists, which Israel was commonly suspected to be the perpetrator. After all, the Iranian leadership has repeatedly threatened the Jewish state with extinction. The killing of Iranian experts appeared to be a way Israel tried to prevent the enemy from obtaining the bomb without starting a war. But the killing of Fakhrizadeh could cause serious conflict. Also because of the timing.

Speculation about military strike by Trump

In the past few months, the clashes in the Middle East had subsided noticeably. Obviously, the actors in the region wanted to wait for the election in the USA. After all, it was widely expected that Joe Biden, as US President, would take a less confrontational stance toward Iran. Biden had also called for tougher rules for Iran, but at the same time he had shown that he wanted to achieve these more through negotiation and less with the Trump administration’s strategy of “maximum pressure”. The leadership in Tehran was waiting for better times and calls for de-escalation could also be heard from the Gulf Arabs.

But after Biden’s election victory, there had been speculation that Trump could carry out a military strike against the Iranian nuclear program in the last few weeks. Such suspicions were fueled by the fact that the president sacked Defense Secretary Mark Esper and numerous key decision-makers in the Pentagon after his defeat. Of course, that doesn’t necessarily mean that Trump wanted to get rid of objectors against an attack on Iran. But it can be assumed that there will now be new tensions. Because Iran will almost certainly respond to the killing of Fakhrizadeh with a counterstrike.

According to a report by the AP news agency, General of the Revolutionary Guards Esmail Ghaani spoke of almost exactly such a scenario last week. The commander is the successor to General Soleimani, who was killed in January, as head of the Kuds unit, which is responsible for international operations at the Guards. During a visit to Iraq, Ghaani told allied militia leaders that they should hold back from taking action against US forces for the time being – but if there is “US aggression” before Biden took office, then “Iran’s response will match this blow “.

Iran should not have the ability to meet key figures in the Israeli or American security apparatus. After Soleimani’s killing, combat groups allied with Iran attacked US bases in Iraq. Other possible counterattacks could hit Saudi oil plants again. Or Israeli diplomats, business people or tourists anywhere in the world. The sharpest weapon Iran would have against the Jewish state would be an attack by the Tehran-sponsored Hezbollah militia in Lebanon on Israeli territory. But Iran can only play this joker once and that would result in an almost uncontrollable war. The leadership in Tehran is unlikely to risk such a scenario lightly so shortly before the end of the Trump era.

Finally, Tehran could also use the machinery that the slain Fakhrizadeh himself built: the nuclear program. The leadership could accelerate its nuclear activities even further and thus get even closer to the ability to build bombs in order to be able to exert pressure – no matter who rules the White House.

Frankfurt: Celebrate Christmas in the church 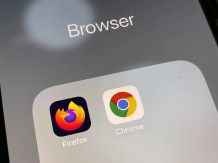 Playstation 5: when will the new PS5 be available again? ...