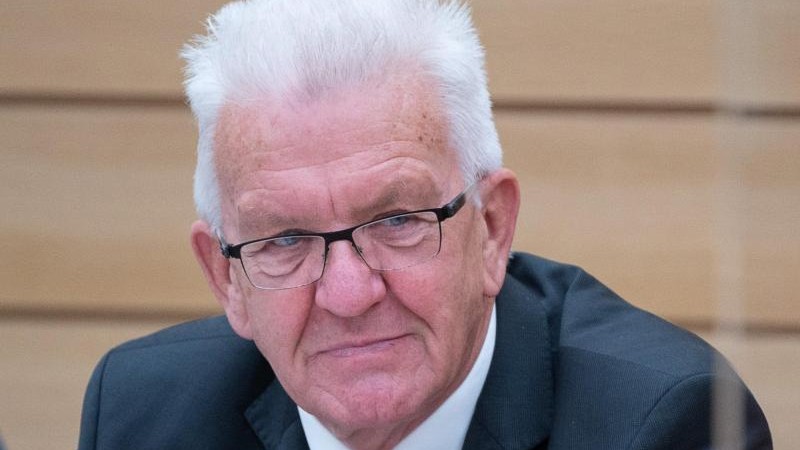 Stuttgart (dpa / lsw) – If it weren’t for Corona, everything would actually be as always in the state parliament. The government defends its course, the opposition finds it very bad. Applause, heckling, scornful laughter. Individual troublemakers, and even some files at the edge shake their heads at their contributions. The state parliament debated the further fight against the pandemic in a special session on Thursday – again. The MPs swear that the crisis course must have nothing to do with party politics, that health and human life are too important for profiling games and party bickering. But the parliamentary reflexes also apply in historical crises.

The green-black executive has been ruling the country by ordinance for months. Parliament wants to have a say. That is why the MPs now come together for special sessions at regular intervals to debate – and legitimize – the resolutions.

On Thursday morning at 10 a.m. the Prime Minister steps up to the desk. He had to negotiate for a long time the evening before, and the switch with the country leaders and the Chancellor took many tedious hours. Actually, Winfried Kretschmann wanted to appear in front of the cameras that evening, but the press statement was canceled due to the delays. Now he is presenting in the state parliament what the federal and state governments have decided: Private meetings will be more strictly limited, but the restrictions will be relaxed over Christmas. The schools remain open, the inns remain closed.

Kretschmann uses the appearance in the plenum to diligently appeal again, as he has been doing for many months. He can understand that when people are angry and frustrated, they no longer want to hear about the pandemic and its rules. “We have to hold on to the last few meters so as not to endanger the win,” he says.

And yet nothing is normal in this plenary. The MPs have to keep their distance, sit in the press box, they have to wear masks when they move through the building. The lectern is disinfected after each speaker. Police officers line the whole building in the morning. A police dog is led across the area on a leash and sniffs across the meadow, a little further back in the park a few police riders have posted themselves. The state parliament has increased the security measures. It is feared that troublemakers could penetrate and harass and harass the parliamentarians like a few days ago in the Bundestag. From Thursday onwards there will be a tightened ban miles concept and stricter controls at the entrance.

For months there has been a struggle for incidences and vaccines, for open schools and closed taverns, for easing and lockdown. Also on Thursday there will be arguments about the current course of the federal and state governments, for a whole four hours. The opposition is upset that the parliament is allowed to have a say, but not to decide. The Prime Minister’s Conference is like the Oriental bazaar, criticizes FDP parliamentary group leader Hans-Ulrich Rülke. The meeting is only held when the decisions have already been made, says SPD parliamentary group leader Andreas Stoch.

At the end, the members of parliament from Grün-Schwarz bless the state government’s measures with a motion for a resolution. And so remains the exchange of arguments. The government is doing too much, complains the FDP. Group leader Rülke had recently attributed a yo-yo policy to the state government, now he is increasing himself to the accusation of a shotgun policy – with this he is targeting the general measures against the virus. You shoot in the dark and hope that somehow you will find sources of infection. But that turns out to be a huge blow and harm the trade, for example.

The government is doing too little, complains the SPD. Green-Black did not understand the drama of the situation. Kretschmann leads a government of standstill, and companies like schools have to pay for the loitering. The state government is either behind the federal government, waiting for courts or giving down decisions, for example on the question of whether municipalities should organize Christmas markets.

The SPD and FDP agree that Grün-Schwarz slept through the summer – without developing scenarios, without procuring antigen tests for vulnerable groups or FFP2 masks. And the opposition complains that there is no concept, no strategy. But there is no one master plan, replies CDU parliamentary group leader Wolfgang Reinhart. You have to navigate between freedom and health. “We are still tentative, learners.” One is on the right track. “The water is up to our necks, but at least it is no longer rising,” he said.

You keep driving on sight, Kretschmann justified himself. Quite the biology teacher, giving a lecture from the virological toolbox – and really turns up at the end of the debate when an AfD MP wants to ask him a question. The head of government doesn’t even allow that. A debate with the AfD makes no sense because they see the virus as harmless, Kretschmann calls to the right of the plenary. If humanity had always reacted to pandemics like the AfD, “then we would probably still have the plague”. Sometimes he receives applause from the other parliamentary groups.

Do you still know? When VfB Stuttgart was sensationally German champions in 2007

Twitter reactions to the Stuttgart “crime scene”: “Three days in this house and I would become a murderer” – culture

VfB Stuttgart at Arminia Bielefeld in a duel of the promoted! The balance

VfB Stuttgart: Kaminski exit! This is how the defender said about it

Palfinger is investing 40 million euros in Salzburg and Upper Austria

Chardy criticism of “special treatment” for Thiem, Djokovic and Nadal –...

After the death of Andrea Huser – Sigriswil mourns