(Motorsport-Total.com) – Sebastian Vettel is the faster of the two Ferrari drivers. And that’s unusual in the 2020 Formula 1 season, because Charles Leclerc usually has the lead, as a look at the qualifying duel between teammates shows. But Vettel has once again achieved a better starting position than Leclerc.

So was Vettel particularly good in Bahrain qualifying or Leclerc simply weaker than usual? Ferrari sporting director Laurent Mekies says: “If you ask Charles, he’ll probably say that he’s not as confident here. I’m sure of that.”

Leclerc had lost the team duel against Vettel by 0.016 seconds on Saturday, but was already better on the way than at the beginning of the weekend, says Mekies.

Leclerc not in top form in qualifying

“We’re working hard to give him the best possible support and to give him a car that gives him the confidence he needs. I think we’ve made small strides. His self-confidence has grown,” explains Mekies.

“But something was missing in qualifying. Hopefully we can fight again in the race.” (Follow the Bahrain Grand Prix here in the free Formula 1 live ticker!)

Nico Rosberg did some of his best races in Bahrain, now he explains the route of the Night Race … More Formula 1 videos

The previous practice sessions and qualifying have shown that things are particularly tight in the broad Formula 1 midfield. “And it should be that close in the race,” said Mekies.

“Then someone gets along better, someone worse. That way the gaps are a bit apart. But I expect a very close fight.”

This is particularly interesting with a view to the Formula 1 constructors’ championship. Because in addition to Ferrari, Racing Point, McLaren and Renault also have a chance of P3 behind Mercedes and Red Bull.

And Ferrari puts everything on one card: “We tried ourselves [bei der Abstimmung der Fahrzeuge] focus on the race. That’s why we saved two sets of Hard, “says Mekies.” There are a few cars that also have that up their sleeve, but not that many. We’ll see if it pays off or not. “

Incidentally, Mercedes is not one of the teams that still have two sets of Hard tires left for their drivers. However, Formula 1 supplier Pirelli does not specify the theoretically best strategy in the race with hard, but with medium-soft-soft.

BVB: Top talent approaching – his quota is reminiscent of Moukoko!

Schillinger: “The car hit us in full”

Ibrahimovic lets Milan continue to dream of the title – Serie A.

Liverpool FC without a goal for seven halves: When the best offensive in the league is on strike

Austria says goodbye to the preliminary round of the World Cup with 29:38 against Norway

Kohr changes to FSV Mainz 04: At Eintracht Frankfurt “no longer got the working time”

“Sex and the City” continues – without Samantha

Duel of the final specialists: Bosz wants to go to Berlin

That is why the euro temporarily rises above 1.23 US dollars... 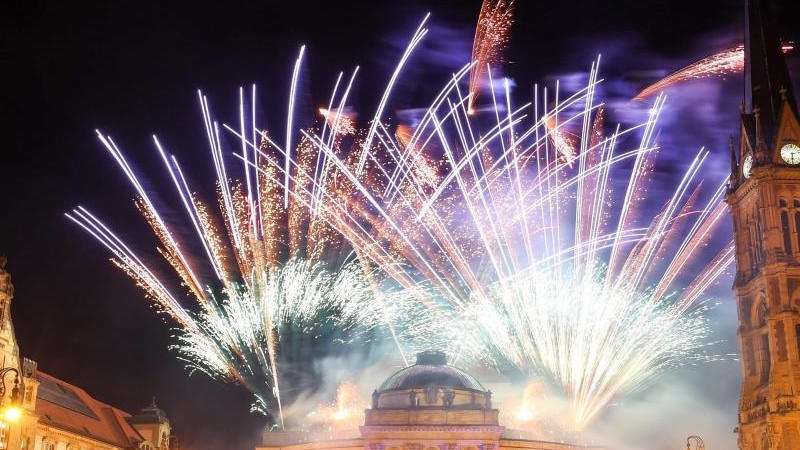