A 41-year-old who died in Marzahn suffered life-threatening stab wounds in an argument, died on Friday afternoon in hospital. The police announced on Monday. The investigation of the 4th homicide commission of the State Criminal Police Office into the suspect and the background to the incident is ongoing.

According to initial findings, on Tuesday, November 25th, around 2 p.m. on a fallow site in Bitterfelder Straße, disputes between several people, as a result of which an unknown person is said to have inflicted life-threatening stab wounds on the 41-year-old.

A 55-year-old who went into a shop with an accomplice in Charlottenburg wanted to get in has been arrested. A resident of Quedlinburger Strasse had previously seen two men climb from scaffolding onto a roof from his balcony at around 1 a.m. and alerted the police. Officials from the 14th mission arrested a suspect in the immediate vicinity.

When searching the roof, a broken skylight window of a shop and a burglary tool were found. After a brief overview, the owner could not tell whether something was stolen. The arrested person was transferred to the burglary commissioner of Police Department 2, which took over the further investigations, in particular into the second suspect, who was on the run.

A 34-year-old has in Köpenick 86 bars of chocolate stolen from a shop. “The shop detective did not think that was cute. Even Santa Claus would probably find it difficult to explain in the retail trade with such quantities without a receipt,” the police tweeted on Monday.

In Prenzlauer Berg Burned an apartment on the fourth floor on Monday night around three o’clock. As the fire brigade announced, the resident was able to save himself from his apartment in Schönhauser Allee before the fire brigade arrived. He suffered only minor burns and was treated on site. Several residents also brought themselves to safety and were briefly accommodated in a bus of the Berliner Verkehrsbetriebe (BVG) due to the cold. The 26 emergency services had the fire under control after a good twenty minutes. Schönhauser Allee was closed out of town for almost two hours during the extinguishing work. The police initially gave no information about the cause of the fire or the property damage.

Two young moped drivers are on the federal highway 87 without a license Rancid (Oder-Spree) crashed into a pickup truck and injured. According to the first findings of the police, the 14-year-old and his 12-year-old pillion wanted to turn into a forest path on Sunday and reported it. The 46-year-old driver of the van overtook the two anyway and brushed the moped sideways, the police announced on Monday. The two boys fell. Rescue workers took them to the hospital. After checking their age, the parents were informed and the moped was handed over. The car driver and the young driver are now being investigated.

A serious accident occurred in Prenzlauer Berg on Monday afternoon. The road was blocked in the middle between Eberswalder and Choriner Straße. Tram traffic is also affected. Lines M1, M10 and 12 were interrupted in the meantime. As a fire department spokesman announced, two cyclists have collided. They were taken to hospitals. The blockade was lifted around 1:45 p.m. and the trams are running again.

+++ man is insulted and beaten in Prenzlauer Berg +++

Two men got in on Sunday Prenzlauer Berg (Pankow) at the corner of Greifswalder Strasse and Danziger Strasse, a 26-year-old was initially insulted and then beaten. A 25-year-old who accompanied the 20 and 23-year-old attackers was able to settle the situation for the time being. After a while, the duo came back and hit the 26-year-old. When he was on the ground, they continued to kick him. Again the 25-year-old arbitrated. The 26-year-old suffered minor injuries to his head and trunk, the police announced on Monday. His jacket, cell phone and glasses were damaged. He went to a hospital for treatment.

Because of the good descriptions of the perpetrators, police officers were able to arrest the 20-year-old and 23-year-old. They were more than a per mille. After blood samples and identification services in a police custody, both were released. The 25-year-old mediator was also recorded as a suspect for coercion, as he is said to have advised the attacked not to file a complaint because otherwise he would have to expect consequences from the attacker’s large families. The investigation continues.

Police officers got in on Sunday Friedrichshain arrested a drug dealer and a buyer. Earlier, at around 4 p.m., the officers observed a man on the sidewalk on Eckertstrasse, who was waiting for buyers. A short time later a car stopped and the man got in. The car drove only a few meters and then stopped. After the officers watched the drug delivery, they parked the drug dealer. The 46-year-old driver and a 26-year-old man were arrested. A bag of cannabis was found in the 26-year-old.

With a judicial order, the police searched the 46-year-old’s car and apartment. Over forty other sachets of cannabis and four-digit cash were discovered in the vehicle. Various accessories and drugs were found in the apartment, the authorities said on Monday.

The drug dealer was taken to police custody, from which he was released after an identification service and a blood sample. The police released the 26-year-old on the spot after his identity had been established. He now has to answer on suspicion of acquiring illegal narcotics and the 46-year-old on suspicion of trafficking in illegal narcotics and driving under the influence of drugs. The specialist commissioner of Police Directorate 5 carries out the further investigations.

+++ Fire under carport in Rudow affects trees and house over +++

In Knollstrasse in Rudow (Neukölln) On Sunday at 1.45 p.m., wood stored in a carport caught fire for unknown reasons. The flames spread to trees and the roof of the adjacent family home. Neighbors accompanied the 83-year-old resident outside. The senior was uninjured, but was visibly under the impression of what had happened. The fire brigade was able to prevent the flames from spreading further. The investigation into the cause of the fire has been taken over by a fire commissioner from the State Criminal Police Office.

The fire brigade went on a mission last night Charlottenburg disengaged. At about 0.40 a.m., a van on the corner of Reichweindamm and Wirmerzeile was on the move on behalf of Deutsche Post. Before that, a resident heard a loud bang and then saw the flames on the vehicle. The fire brigade extinguished the car, but the front area burned out completely. A Mitsubishi parked in front of the car was damaged by the enormous amount of heat generated. People were not injured. The Reichweindamm was closed for almost 1.5 hours. A fire commissioner at the State Criminal Police Office took over the further investigations.

+++ 19-year-old kicked in Neukölln and attacked with irritant gas +++

A 19-year-old is on Hermannstrasse on Sunday at around 5.45 p.m. Neukölln attacked and injured by several people. As the police announced on Monday, the clash was preceded by a video shoot, for which around 30 to 40 people came together. The exact background of the dispute is currently unclear.

Police observed how the 19-year-old was attacked by several people and pushed to the ground. They kicked him in the chest and face. When the attackers saw the officers, they fled undetected. According to witnesses, the strangers should also have used irritant gas against the 19-year-old.

The young man was treated on site by paramedics. Other police officers were notified because around 30 to 40 young people and adolescents were still there. References have been issued. The police started a criminal investigation on suspicion of dangerous bodily harm.

In Northern Brandenburg, a driver left an envelope with almost 1,000 euros on the roof of his car – and lost the money while driving off. As a police spokeswoman said on Monday, the case occurred on Saturday in Kyritz (Ostprignitz-Ruppin). A 57-year-old man later appeared at the police station and handed over 900 euros in an envelope. He collected the bills on the street. The officials drove to the site in the city, where they found another banknote and also met the 39-year-old loser of the money. He stated that he had “smoked a cigarette” before driving off and that he had probably forgotten the envelope. He got the money back, the finder waived a finder’s fee. 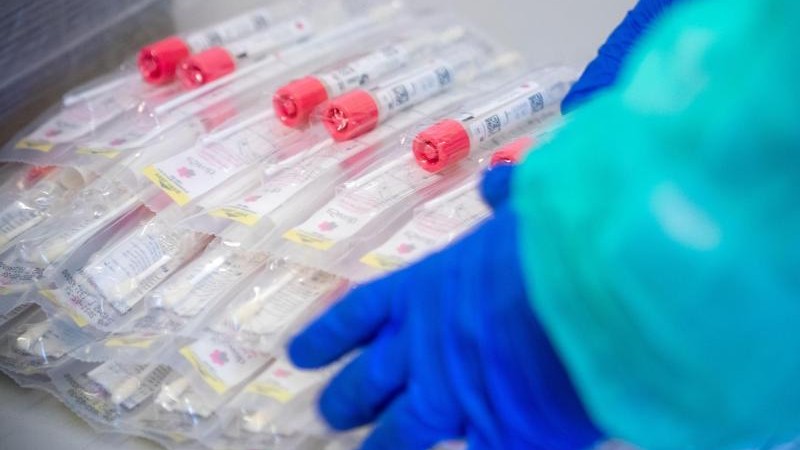 “We’re sick of it” demo in Berlin: With tractors for the agricultural turnaround 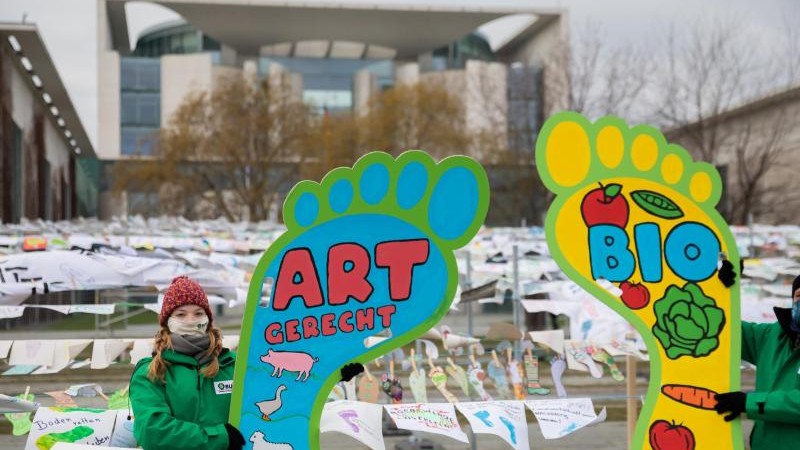 Agrar – Berlin – “We’re fed up with it”: Demands for the agricultural turnaround – economy

Division is sold: Uber is parting with autonomous driving

“You have to have a vision”: Christina Wille is Berlin Entrepreneur...

Tesla celebrates a record, but a comparison shows the whole truth

“As if he had eaten wisdom with spoons” 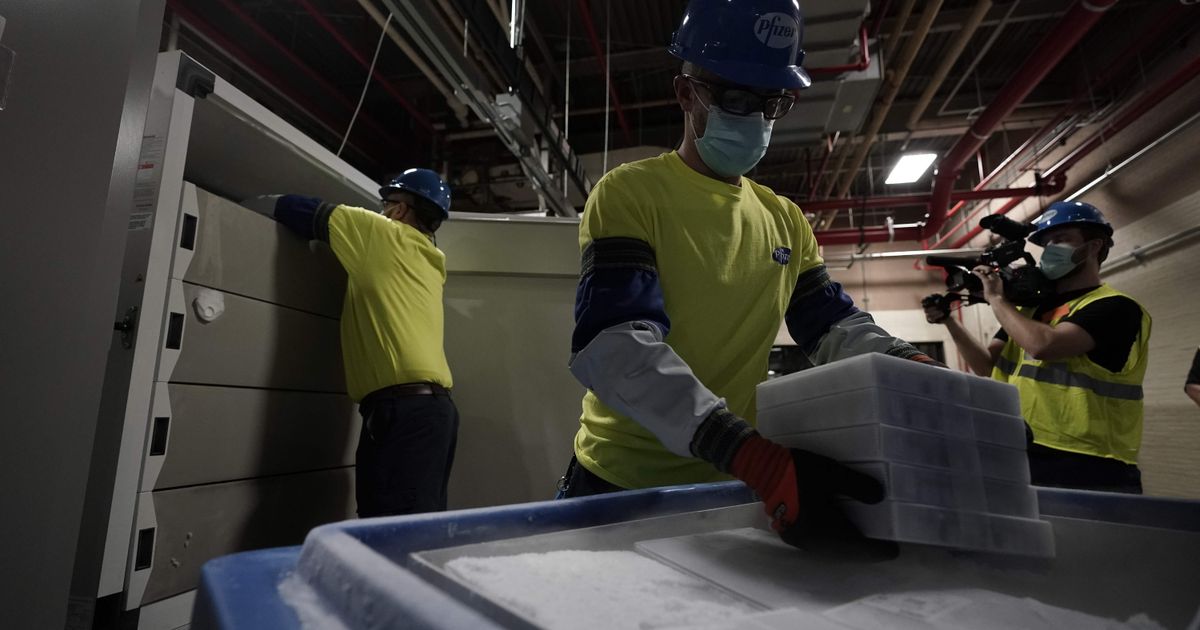 Good to know: This is how the corona vaccine is safely...