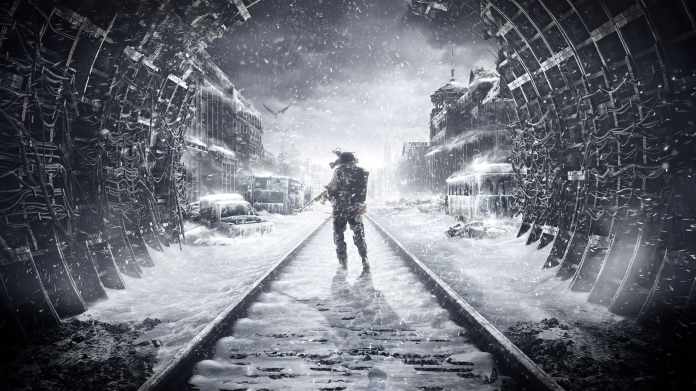 Deep Silver and 4A Games announce that the epic story-based first-person shooter METRO Exodus, based on the novella by author Dmitry Glukhovsky, will also be released for Xbox Series S | X and PlayStation 5 using the new hardware will bring significant improvements in terms of a faster frame rate (FPS), extended resolution, shortened loading times and the impressive ray tracing function.

Next-gen consoles enable 4A Games to have more detailed graphics and optimal performance that were previously only possible with current high-end PCs and RTX graphics cards. In addition, owners of the current generation of consoles and the already expanded versions of METRO Exodus will also have the opportunity to upgrade free of charge. A release date will be announced in the near future.

In addition, Deep Silver and 4A Games captured and captured the joint decade as a unique “Metro Timeline” – an interactive retrospective that depicts every important event related to the studio or the history of the metro series.

The timeline also reveals the intertwined stories of Dmitry Glukhovsky, 4A Games and the world of METRO video games in one piece, offering both fans and newcomers a unique way to get to know the iconic METRO series.

As part of an important studio update, the 4A Games team is also announcing that the next METRO title for next-gen consoles and PC is already in development. The development also includes an extensive and in-depth revision of the game engine and the render technology in order to be able to effectively use the advantages of power, memory and additional hardware for the support of ray tracing technology with the new console generations.

Furthermore, the recently announced partnership with Saber Interactive will enable the 4A Games team to use the METRO universe for multiplayer experiences as well.

“As a small studio, we have never had the opportunity to live up to these ambitions and our ideas have never fully passed the prototype phase,” commented a spokesman for 4A Games. “However, thanks to Saber’s experience in online gaming, we finally have the chance to actively implement our multiplayer concepts, which represent a completely new way of exploring the metro world.”

Jungle Show 2021: reactions of the stars to the participation WHO: Worldwide new infections increase by 7 percent after weeks of...