Gino Lettieri spoke clearly after the 0-3 defeat against Dynamo Dresden! The coach of MSV Duisburg criticized his team with clear words.

Duisburg – The next defeat for MSV Duisburg! The traditional club can be found after the 0: 3 home bankruptcy against Dynamo Dresden in penultimate place again and is still deep in the crisis.

At the press conference after the game, the zebras even got a few encouraging words from SGD coach Markus Kauczinski: “Duisburg did not give up, but fought to the end. I take my hat off.”

MSV coach Gino Lettieri (53), on the other hand, was anything but enthusiastic and said that his team would have a unified team performance. This was “not there in between” with the zebras.

He explained: “The first half was really even. We had a couple of good approaches where we unfortunately didn’t see the man next to us in the end zone.” You would have had to “cross play only once” and would have “run towards goal twice”.

Then Lettieri found very clear words: “What really pisses me off, I told every player shortly before the game, three minutes before we went out: watch out for set pieces!” You only have to concentrate for a few seconds. “And we get three goals from dormant balls.” Two after throw-ins and one after a corner, at the end of which Christoph Daferner was allowed to shoot in without an opponent in the vicinity.

Therefore the new trainer from Duisburg was visibly pissed off and found explanations for the lack of penetration. One affords “far too many ball losses after conquering the ball”. In addition, the team is “not on the ball” and is playing “far too slowly”. Against Dynamo “the front row hardly prevailed.” His team must act “smarter”.

Press conference after the game between MSV Duisburg and Dynamo Dresden

Fans of the MS Duisburg vent their anger after the game

It is particularly bitter for the zebras that the leading players are currently chasing their form.

Moritz Stoppelkamp (33) is not in good shape again after his glandular fever, storm giant Vincent Vermeij was also in the air against Dresden and could not put himself in the limelight.

Only twelve goals in 13 games and 24 goals against clearly show that MSV is currently struggling defensively and offensively and is therefore rightly in 19th place.

As if all of that wasn’t enough, the change of coach from Torsten Lieberknecht (47) to Lettieri has completely fizzled out. Because the new coach suffered two defeats and only got two draws. Duisburg is still waiting for the first victory under him.

And the pressure increases with every further negative experience. If the trend does not change soon, the zebras threaten to miss the boat. This can also be felt in the environment. After the game, the team, accompanied by stewards, was whistled and shouted “ugh” by a good 100 fans who had gathered in front of the stadium.

The mood and the sporting situation were definitely better in Duisburg.

Status: 11/30/2020 7:09 p.m.
The table of the 3rd division has the following meaning: Whoever is in first place at the end of the season is a third division champion and moves up to the 2nd division. The second also rises directly. 3rd place plays with the third from last place in the 2nd Bundesliga to promote or stay in the league.

What about Martin Odegaard?

Tournament plans on the brink? That’s what Uefa says

Here the Berlin fire brigade throws a sofa from the balcony... 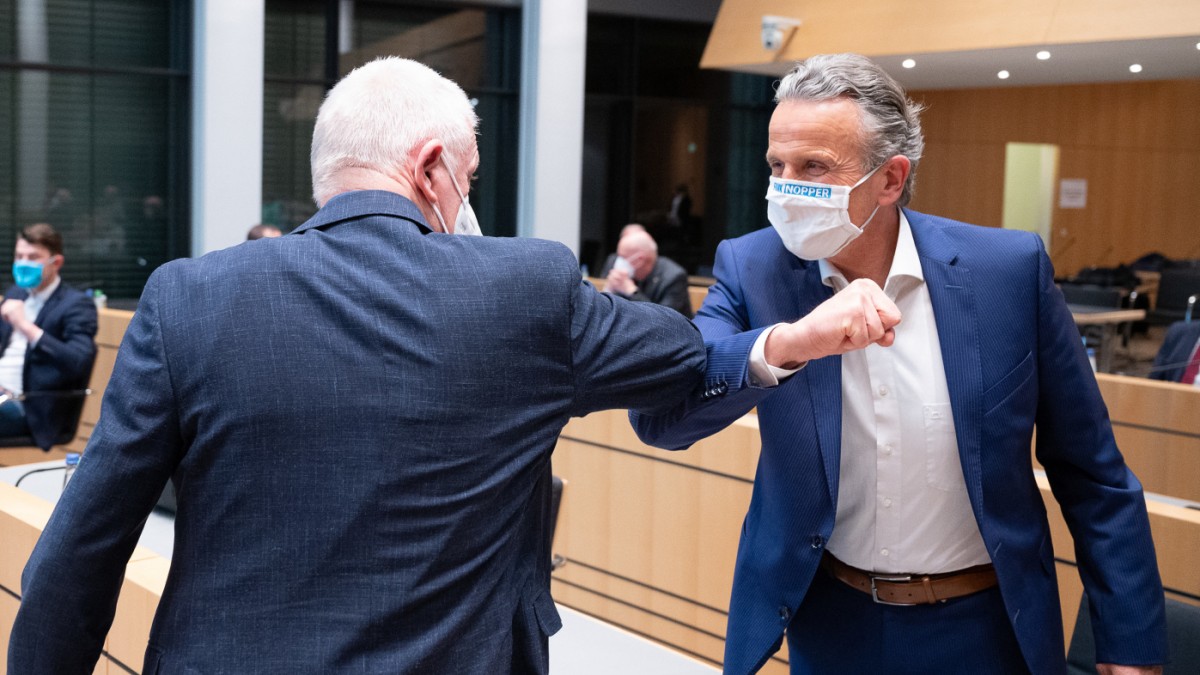 Mayor election Stuttgart: What does the Greens defeat mean? –...