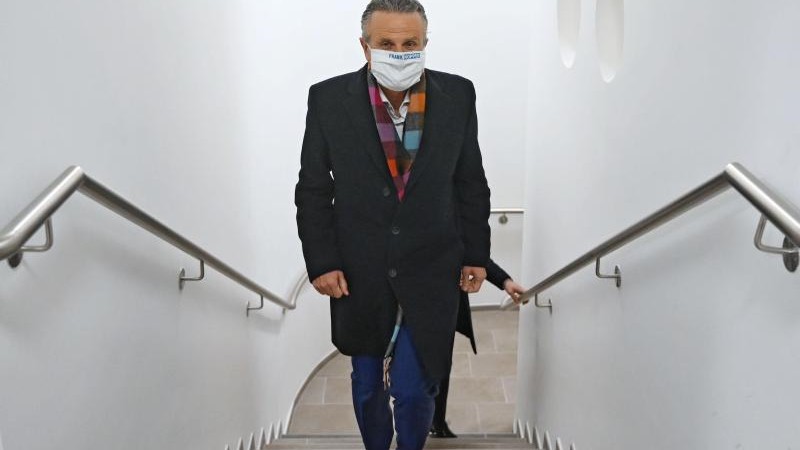 Stuttgart (AP) – The CDU candidate Frank Nopper has won the mayoral election in Stuttgart. The 59-year-old received 42.3 percent of the votes in the second ballot on Sunday, as the city of Stuttgart announced in the evening. Nopper becomes the successor of the Green politician Fritz Kuhn, who no longer ran for election. Nopper’s strongest competitor, Marian Schreier, won 36.9 percent of the vote – a remarkable success for the 30-year-old, who ran as an independent candidate.

Kuhn (65) did not want to run again after eight years at the top of the town hall. The Lord Mayor of Backnang, Nopper, was the favorite for his successor. After Nopper and Schreier, Stuttgart city councilor Hannes Rockenbauch (40) from the SÖS / Linke parliamentary group landed in third place with 17.8 percent.

A total of 450,000 eligible voters were able to vote. The turnout was 44.7 percent. There are no classic runoff elections for mayor elections in Baden-Württemberg. If none of the candidates receives an absolute majority of the votes in a first election, the candidate who receives the most votes wins an open second vote. Nopper had already clearly won the first run three weeks ago.

The Green Party’s OB candidate was no longer on the ballot in the second ballot: After a disappointing performance in the first round and failed talks with the other applicants from the center-left camp, the representative of the eco-party, Veronika Kienzle, withdrew her candidacy .

VfB Stuttgart: Mislintat the top commitment for Rummenigge! Europe in there too

Snow continues to cause problems: Waiting for relaxation in East Tyrol

Number of corona vaccinations in Germany

Attackers could upload malicious code to millions of WordPress websites

With this salary, Liverpool FC wants to guide David Alaba to...