The game: It was great, the relief in Biel after last weekend. Finally, after six defeats in seven games, there were points again in the 4-1 win against Langnau. Goalie Joren van Pottelberghe showed an impeccable performance with 35 saves. But the EHCB has to do without the 23-year-old for the time being.

Van Pottelberge had to be quarantined in his private environment after a positive corona case. Just like Beat Forster, who, unlike Van Pottelberghe, also tested positive for the virus himself. But the Zealanders put away the failures just as easily as the setbacks on the ice.

Right at the beginning, Biel missed a number of good opportunities and then promptly fell behind in the twelfth game for the tenth time. Lugano captain Romain Loeffel meets for the first time this season.

But Lars Leuenberger’s team turned the game around within six minutes, benefiting at 1: 2 from a giant buck from Thomas Wellinger, who could not accept a back pass from Lajunens on the opposing blue line.

Biel keeps getting into trouble throughout the game. When Luca Cunti was sitting in the penalty box for hooking, Captain Kevin Fey, of all people, let himself be carried away to a stick blow, put his team twice short and made Luca Fazzini 2-2.

Shortly before the second break, the Zealanders take the chance in the majority, receive two penalty minutes after a mistake. But Biel always knows how to please offensive.

Not only the feeds by Luca Cuntis are a feast for the eyes. What defender Yannick Rathgeb conjures up on the ice is simply great. The 25-year-old, who had the team’s second-worst plus / minus balance (-10) behind Michael Hügli (-11), prepares two goals and scores two himself. The climax? After 48 minutes Rathgeb grabs the disc in the neutral zone, leaves Loeffel, then pulls through behind the gate and beats Lugano keeper Schlegel wonderfully backhand.

Lugano conceded their first defeat after four wins in a row.

The game: It is not a question of whether Servette’s line to league top scorer Linus Omark (33) will score a goal. But only when. He feeds Damien Riat (from Washington) on loan to the NHL with wonderful passes for dangerous scoring opportunities. In any case, the initial phase is absolutely in the hands of the people of Geneva.

The Lakers can barely breathe and are not in possession of the puck. It takes them almost eight minutes before they even hit the puck in the direction of the opposing body for the first time. Otherwise, the Servettiens in particular whirl around aggressively around the goal of SCRJ goalie Nyffeler. In one of these actions there is a duel between Mauro Dufner and this Omark. The Lakers defender grabs the deserved wearer of the yellow helmet in the face – and suddenly Omark kneels on the ice and looks in disbelief into his hand: there is a tooth in it. It is not possible to break down whether it is a correct one or at best a temporary one. But from now on the gap between his teeth cannot be overlooked.

But does not hinder him from scoring goals: Omark himself makes it 1-0. It lasts so long because SCRJ goalie Nyffeler keeps his team from falling behind with strong saves. In the end he saved 39 shots. The Lakers may have more options, but they are hardly really compelling. Egli pounds on the bar. The fact that Genevans do not make more of their chances is due to sheer inefficiency. They still get their first win after three bankruptcies. (NV)

The best – Linus Omark (Servette). The league top scorer is the thinker and driver of the game.

The plum – Kevin Clark (SCRJ). There is not much to see of the magic mouse. He spends the final minutes in the penalty box.

Corona and the vacation: What the obligation to test means for...

Attention, Berliner: Today it will be slippery!

Chancellery chief Braun holds out the prospect of withdrawing the restrictions... 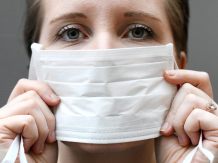