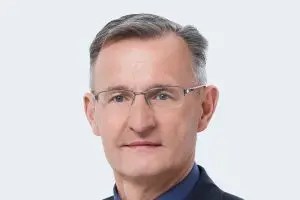 Management. Ziegelmulti Wienerberger makes ex-Dyckerhoff boss Peter Steiner president. There are also appointments at ISPA and the FV of the gas industry.

At Wienerberger AG, Peter Steiner takes over the chairmanship from Peter Johnson. The brick and roof system group sees this as a further step towards repositioning on a long-term growth path, as it says in a broadcast. Steiner will take up his new position on January 1, 2021. Johnson remains on the board of directors.

Peter Steiner was elected to the Supervisory Board by the Annual General Meeting in June 2018. He is currently a non-executive member of the administrative board of Clariant AG and chairman of the supervisory board of Zeal Network SE. He was previously CFO, COO and CEO of Dyckerhoff AG and Chairman of the Board of Xella International SA. He is an auditor and as such worked for Arthur Anderson for several years.

Peter Johnson was appointed interim Chairman of the Supervisory Board of Wienerberger AG in October 2019 with the task of harmonizing the working methods of the Supervisory Board with international and Austrian practice and ensuring that a long-term successor is appointed before the annual general meeting in May 2021. He is (until January 31, 2021) Chairman of the Board of Directors of Electrocomponents plc.

At the constituent meeting of the Fachverband Gas Wärme (FGW) in November 2020, Peter Weinelt, Deputy General Director of Wiener Stadtwerke, was confirmed as chairman for the new WKÖ term of office 2020-2025 for a further five years. Stefan Szyszkowitz (EVN board member) and Gerhard Fida (managing director Wiener Netze) will remain the representative representative of the trade association.

“Our declared goal as the Gas Heating Association is to make Austria’s gas and district heating supply largely climate-neutral – and at the same time to guarantee a secure and affordable energy supply in Austria. For this we now have to set the right course together with politicians and create reliable framework conditions for everyone in the industry, ”said Chairman Weinelt on the occasion of his re-election.

The industry is relying on the use of the great green gas potential in Austria, but also the import of biogas and the use of climate-neutral hydrogen, as it is said. With the Heat and Cooling Pipeline Expansion Act (WKLG), the district heating industry has shown a successful way of reducing CO2 emissions and increasing energy efficiency. This path must be continued through appropriate funding and the use of waste heat for district heating – made possible within the framework of the EAG.

ISPA elects the president electronically for the first time

During this year’s 24th General Assembly, the members of the ISPA internet provider association elected the board for the 2020/2021 association period. The event took place online and for the first time, votes were cast electronically, specifically with a voting tool from the Federal Computing Center.

Already after a membership application at the 21st General Assembly 2017, different online voting systems on the market were examined and the choice fell on the BRZ eDem platform, according to the ISPA: The 23rd General Assembly last year decided to use this for this year’s election . BRZ eDem guarantees anonymous voting and, after an adjustment process, enables the correct mapping of the ISPA electoral system including voting weighting.

During the election, ISPA President Harald Kapper was confirmed in office and elected for the fifth term of the association. Kapper is the founder and managing director of the Internet service provider kapper.net, which specializes in infrastructure solutions and integrated Internet applications.

The board members Natalie Ségur-Cabanac (Hutchison Drei Austria), Georg Chytil (next layer), and Christian Panigl (University of Vienna) were also confirmed. Monika Kainz (Liwest Kabelmedien GmbH) was newly elected to the board.

Nikolaus Futter (Innospiration), Peter Oskar Miller (HXS), Florian Parnigoni (Mass Response) and Julia Seitlinger (datenwerk Innovationsagentur) were co-opted to join the board. Kurt Einzinger (intelligence), long-time ISPA board member and former ISPA general secretary, no longer stood for election. The association would like to thank him for his commitment to the Internet in Austria and the ISPA.

For 2021, President Kapper sees the focus on promoting competition on the broadband market as well as monitoring the situation with regard to planned surveillance measures and resistance to the weakening of encryption. The ISPA will also continue to campaign for the establishment of a constructive solution to the network blocking problem.

Erste Group downsizes the supervisory board

At the last Annual General Meeting, the Erste Group Supervisory Board proposed a reduction in its membership from 13 to twelve members; the proposal was accepted.

Friedrich Santner and András Simor were newly elected to the Supervisory Board. Maximilian Hardegg’s supervisory board mandate was extended. The new supervisory board (only shareholder representatives) is composed of four women and eight men, which means that the minimum share requirement under stock corporation law is met, as it continues.

Where are there fair prices?

Let’s dance out for Senna Gammour

Accident on B14 near Waiblingen: 21-year-old Renault driver comes off the...

30 km / h on the autobahn: Police give “unconventional thinkers”...

“In the body of the enemy”: Action classic gets a sequel

Coronavirus: How other countries think of mandatory vaccinations