The Broncos’ unskilled quarterback did his best, but that was nowhere near enough. Image: keystone

The Denver Broncos had to face the New Orleans Saints with a wide receiver as quarterback in Week 12 and went down mercilessly. No less chance was old master Tom Brady in the duel with the shooting star Patrick Mahomes.

Before we get to the highlights, as usual, the results of Week 12:

Quarterback drama with the Broncos

The Denver Broncos had to compete against the New Orleans Saints without their four (!) Nominal quarterbacks and, unsurprisingly, had no chance at 3:31. Replacement quarterback Jeff Driskel was put on the Covid-19 list on Thursday because regular playmaker Drew Lock and his other backups Brett Rypien and Blake Bortles violated the corona protocol and did not wear a mask during a joint video analysis , they were also not allowed to be used.

The Broncos had to find a reasonably worthy replacement quarterback in their squad and eventually came up with Kendall Hinton. The 23-year-old emergency playmaker is actually a wide receiver, but was also a quarterback in college. But at the NFL level, Hinton was completely overwhelmed. In the first half, he did not bring a ball to the man. In the end, the undrafted rookie hit a successful pass over 13 yards in nine attempts. He also threw two interceptions.

After the game, Hinton said he only had time to practice 20 to 30 plays on his team before making his quarterback debut; an NFL team usually prepares around 100 plays for a game. “I’m actually familiar with our game concept, but as a quarterback it’s completely different,” Hinton said, adding: “I can safely say that these were the most eventful 24 hours of my life.”

The complete highlights of the game. Video: YouTube/NFL

The failed Drew Lock apologized after the game for his mistake in handling the corona protocol: “In a controlled environment with social distancing, we took our masks off for a limited time. An honest mistake, but one I stand by, ”Lock tweeted.

Patrick Mahomes has clearly won the generation duel of the star quarterbacks against Tom Brady. In the close 27:24 win of his Kansas City Chiefs against the Tampa Bay Buccaneers, the 2020 Super Bowl champion delivered a historic performance together with his receiver Tyreek Hill.

Mahomes made 37 of 49 passes for 462 yards and threw three touchdown passes – all on Hill. Mahmoes’ fast-paced favorite play station is only the fifth receiver in NFL history to reach over 260 yards (269) and three touchdowns.

On the second, Hill jumps into the end zone with a backflip. Video: streamable

Hill had 203 yards and two touchdowns in the first quarter. Since 1980, only two players had caught catches over 200 yards in a neighborhood, according to ESPN. This season, the Chiefs wide receiver has already cracked the magic 1000 yard mark.

The Chiefs went into the final quarter with a 17-point lead, then Brady finally improved and threw two more touchdown passes. But in the last ten minutes, Mahomes made sure that the Chiefs stayed in possession of the ball for a long time and thus easily brought the win over the rounds.

The complete highlights of the game. Video: YouTube/NFL

Brady made two interceptions in addition to his two touchdown passes, unlike Mahomes. Brady is only three interceptions short of his career negative record of 14 in 2002.

In the crime thriller against the Arizona Cardinals, quarterback Cam Newton enabled his New England Patriots to win despite two interceptions. In the 20:17 victory of the “Pats”, the eccentric playmaker ran to an important first down shortly before the end, so that kicker Nick Folk was able to score the decisive field goal from 50 yards on the very last play with the clock running out.

Otherwise, Newton, who had to accept a hard hit in his rush, had a weak day: In addition to his two interceptions, he only threw for 84 yards, he ran another 46 yards. Cardinals quarterback Kyler Murray wasn’t quite fit and therefore had a meager 31 rushing yards, 170 passing yards and one interception for his standards.

Newton runs to the painful first down and Folk sinks the winning field goal. Video: streamable

The defense secured the Buffalo Bills a hard-fought 27:17 win over the Los Angeles Chargers. Although quarterback Josh Allen had a rather weak day, the Bills led by 10 points until shortly before the end. But with the Chargers only quarterback Justin Herbert braced himself against the impending defeat. First he brought a long pass to the man, who brought his team again shortly before the end zone.

The Chargers wanted to force the touchdown with a quarterback sneak. It’s just stupid that Herbert’s O-Line apparently didn’t notice the call. So the quarterback finally fell into the ranks of the opponent unprotected and of course had no chance. After all, Herbert didn’t get injured during the action.

The strange ending to Bills vs. Chargers. Video: streamable

Henry steals the show from Brown

The 45:26 victory of the Tennessee Titans against the Indianapolis Colts turned into a big Derrick Hendry show. The Titans running back ran through the Colts defense with remarkable ease, scoring a whopping 178 rushing yards and three touchdowns. With that, he cracked the magical 1000-yard mark after just 11 match days.

The game of the Carolina Panthers at the Minnesota Vikings was hard to beat in terms of drama. Panthers kicker Joey Slye missed the decisive field goal from 54 yards with six seconds to go, and so it remained at 27:28 from the visitors’ point of view.

The man of the game was Vikings quarterback Kirk Cousins, who threw for 307 yards and three touchdowns. Justin Jefferson caught two of his touchdown passes. The Vikings were still behind by 10:21 after three quarters, but turned the game around with 18 points in the last quarter, although punt retuner Chad Beebe produced a fumble shortly before the two-minute warning when a fair catch was displayed. In the end, it was Beebe of all people who caught the decisive touchdown pass.

49ers win in the last second

The defense of the 49ers had the largest share in the victory. Again and again she put Rams quarterback Jared Goff under tremendous pressure and forced him to make an unusually large number of mistakes. At 198 passing yards, he afforded two interceptions and a fumble.

The Green Bay Packers won a sovereign victory against the Chicago Bears in the Sunday Night Game. In the 41:25 success, Packers quarterback Aaron Rodgers played particularly well. The 36-year-old veteran threw his touchdown passes 30 to 33 and now leads the NFL in this category. He also cracked the 50,000 career yard mark.

The Rodgers touchdowns against the Bears. Video: streamable

Bears quarterback Mitchell Trubisky, however, moved in a black evening. He brought only 26 of his 46 passes to the man, scoring 242 yards and two touchdowns. However, only in “garbage time” when you were already hopelessly behind. Decisive were his two interceptions and three fumbles, which brought the Bears in the end the fifth defeat in a row.

Means to establish a dictatorship and sprung from the laboratory? Numerous fairy tales are circulating about the corona pandemic. A look at history reveals the scam that lies behind it.

In the fall of 1918, coffins were running out in the United States. An epidemic struck the globe, in Switzerland the writer Stefan Zweig noted: “It eats away 20,000 to 40,000 people every day.” The talk is of the Spanish flu, the most devastating pandemic influenza ever to hit mankind.

>> Coronavirus: All news in the live ticker

The pathogen is a tiny little virus, but this realization was not supposed to materialize until the 1930s. In 1918 many suspected …

Doubtful Herrmann as strong as a bear: biathlon women inspire at home

LIVE: team competition of ski jumpers at the World Cup in Zakopane

Ex-Schalke Max Meyer: Contract terminated – back to the Bundesliga?

47 professionals in quarantine: Angelique Kerber has bad luck with Corona

Alpine skiing: Manuel Feller criticizes the route as too easy – and wins his first World Cup

Volvo’s Polestar is heading for Austria in 2021 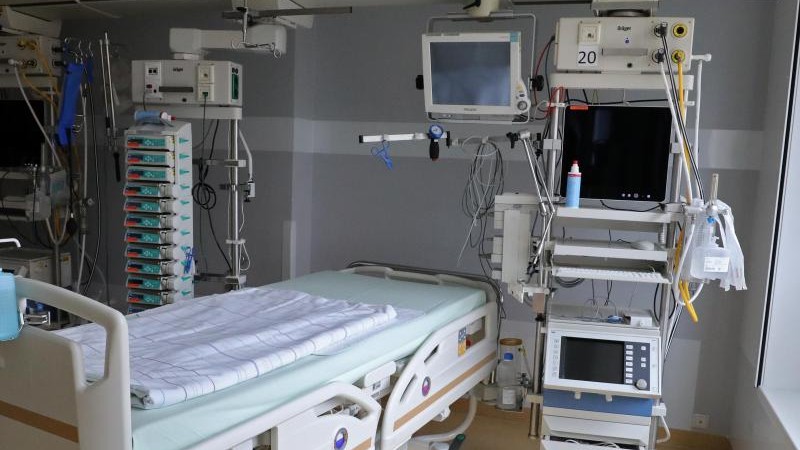 Eisenmann welcomes the opening of the school and daycare center in...

Klagenfurt and Innsbruck lost away games in 2nd division – football...