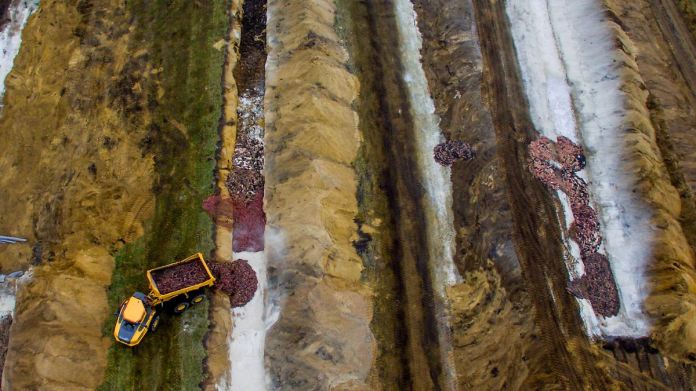 After the appearance of a mutated coronavirus, Denmark can cull millions of minks. They are hastily buried provisionally on a military site. But apparently not deep enough: putrefaction gases drive the carcasses back to the surface.
Millions of minks in Denmark were hastily culled for potentially carrying a mutated coronavirus. But now some of them have unexpectedly reappeared: In a makeshift mass grave for the fur animals on a military site, the carcasses were driven back to the surface due to putrefaction gases, as pictures on the public television channel DR show.

According to the police in the western Danish town of Holstebro, the culled minks are only covered with a thin layer of sand and lime. One internet user already spoke ironically of the “year of the mutated zombie mink”. The broadcaster DR accused the Danish Ministry of Environment and Agriculture of not burying the carcasses deep enough. The ministry, however, spoke of a “temporary problem” related to the decomposition process of the animals. The area is now checked day and night and found carcasses are covered again with earth.

The Danish government ordered the culling of up to 17 million mink in the country at the beginning of November after a mutated and human-transmissible form of Sars-CoV-2 was discovered on some breeding farms in northern Jutland. There was therefore a risk that the mutation “Cluster 5” could render future vaccinations ineffective. The government now assumes that “cluster 5” could be “eradicated” again.

Mutated corona viruses have now also been found on mink farms in other countries. On Tuesday, eight animals were identified with the virus in the Polish Pomeranian voivodeship. Cases became known on Sunday in a company around 100 kilometers from Paris. Sarafina Wollny: About the twins: “Will certainly often reach our limits” 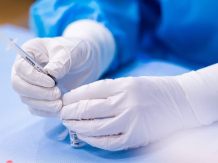 Vienna: Second round of coronavirus vaccinations has started – Coronavirus Vienna

Ten babies died in a fire in an Indian hospital