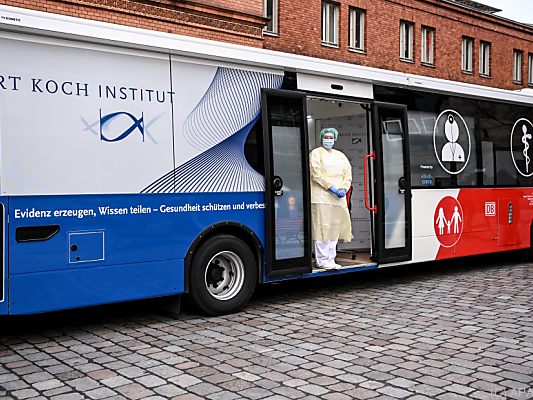 
Test bus of the Robert Koch Institute in Berlin
© WHAT (dpa)

China reported five new infections with the corona virus that occurred on November 26th. All infections were brought in from abroad, according to a statement by the National Health Commission on Friday. There were no new deaths in connection with the corona virus. Eight asymptomatic cases were also reported. A total of 86,495 cases of corona infection have been registered in China so far. The number of deaths remains unchanged at 4,634.

According to a count by the Reuters news agency, more than 60.68 million people worldwide have been infected with the corona virus, which first appeared in China around a year ago, and 1.427 million people have died from it.

Alpha Centauri: Exoplanet observed directly in a habitable zone for the...

COVID-19 reports: where have our medics been?

GZSZ star Uta Kargel: Back in the neighborhood after 14 years:...