Berlin. There was no shortage of starting shots – this must be said when a milestone was proclaimed at Pankower Tor. In the 13 years or so since the first plans for a new quarter on the wasteland of the Pankow freight yard were rolled out, furniture entrepreneur Kurt Krieger, the Senate and the district have repeatedly redesigned. On the basis of declarations of intent, test procedures and also with court proceedings, they constantly determined how the city of the future should be built for more than 500 million euros on five construction sites along Granitzstrasse. But now the project is really getting very concrete: On December 11th, a workshop process will start, which will provide the first true-to-scale designs for the design of today’s steppe. The rough plans so far are given fine lines – the Pankower Tor is given character and face with designs by six teams of architects. So much is certain: the construction of 2,000 apartments, a furniture center, two schools and shops could also bring a striking high-rise to the north of Berlin.

Even for a project with so many stage starts, the beginning of the workshop is a breakthrough, considering the difficulties of the last few months. It was not just about saving historical railway buildings like the well-known large round locomotive shed with the placement of a new school. The future for new residents depended on the fate of the strictly protected amphibians on the railway site.

According to Gerald Leue, the person responsible for land-use planning in Pankow’s city planning office, it is now clear: The population of sand lizards will remain on the site and will be given a five-meter-wide biotope along the current railway line, where the new “Panke Trail” cycle highway will also be integrated in the future. “Promotion of animal species adapted to urban structures” is the name of this point in the specifications for the planning teams in the workshop process.

The fact that architects can start their work before Christmas is due to the end of a dispute between Kurt Krieger and nature conservation authorities over the future of the second amphibian species. Krieger did not want to advertise the workshop until a move of the natterjack toads on his premises has been arranged. Now that a new home for the toads in Brandenburg is at least being checked, the investor surprisingly agreed.

Pankower Tor should prove itself as a work of the century

But what is the aim of the workshop procedure? For the Pankow district office, it is about signals for the future viability of the quarter. “In 100 years, you should be able to go through it and say: This is well done,” explains Gerald Leue. The figures in the specifications for the planners give precise indications for the work of the century: What is required is a “low-traffic district” with up to 5000 bicycle parking spaces – at least 2.5 will be available per apartment.

Cars should, if possible, disappear in neighborhood garages, whereby the space should be limited to 800 to 1200 cars – the parking space key is currently 0.4 to 0.6 per apartment, which critics on the part of the Greens still consider too high. In addition, however, 500 parking spaces for offices, 250 spaces for retailers on Berliner Straße and a further 400 in front of Krieger’s new furniture center are estimated.

To make it possible to dispense with one’s own car, four tram stops along the new tram line from Pankow train station to Pasedagplatz in Weißensee are in progress, although this project is currently behind schedule due to the effects of the Corona crisis. And where so much concrete is used, local recreation must also be planned: 2.4 hectares are reserved for green spaces, plus 6,000 square meters for new playgrounds.

If you consider that two daycare centers, a library, a gallery and retail trade are to be located on the 40 hectare area, the requirements for the future quarter are extremely complex. Therefore, unusual solutions in the vertical are welcome. “High points will be possible. We can be excited to see what they propose, ”says Pankow’s chief planner Gerald Leue.

With this statement, a proposal is included in the concept that the Pankow Greens had recommended years ago. At Pankower Tor, the environmental party wants to allow urban density and high-rise solutions in order to avoid urban sprawl through new quarters on the “green meadow” as in the case of the Elisabeth-Aue. Almuth Tharan, the spokeswoman for urban development policy for the Green parliamentary group, attests that the latest plans for the Pankower Tor are mature, from which they were initially far removed. “It took a long time, but now it has become a high-quality thing,” says Tharan at the start of the workshop. You get away from an unimaginative planning stage when citizens jumped up at information events and shouted: “The Pankower does not want to live there.”

But will the residents of Northeast Berlin also accept steep new buildings? “We don’t consider high points to be necessary,” says Roland Schröder, the SPD parliamentary group leader, doubting the benefits. But when such brands get an outstanding quality in the workshop process and fit into the high-rise model of the city of Berlin, one wants to “accept it benevolently”.

Just like the SPD, Pankow’s CDU parliamentary group also calls for the many delays in planning the future district to be compensated for by bringing forward certain building plots in the district – because an overall project start before 2024 is currently considered unrealistic. For this reason, the parliamentary group chairman, Johannes Kraft, proposes again that the process be broken down into several smaller development plans. And preferring less controversial project parts such as the furniture center or schools. “Solving all problems with one plan will take much longer,” warns the CDU politician. The symbolic effect that the first construction cranes lift their booms at the freight yard is important. “It has to start as soon as possible. Nobody understands why it all takes over twelve years. ”The CDU welcomes high-rise buildings,“ because that’s how you can set a brand and define neighborhoods. ”

Even Pankow’s left, the strongest force in the district, is open to this issue: “If good urban development considers a high point to be sensible, the left-wing faction will not ignore it, but we are not at Alexanderplatz either,” says spokesman Fred Bordfeld. Citizens will be able to discuss what the six planning teams are working out for the first time at a workshop on February 11th. The end of the workshop with the selection of a winning design by the jurors is planned for June 2021. A committee of experts is then entitled to vote, including several architecture professors, Senate Building Director Regula Lüscher, Kurt Krieger and Pankow’s City Councilor Vollrad Kuhn (Greens).

Rundlokschuppen could become a market hall or a bicycle store

It is already clear: the listed round locomotive shed, which Kurt Krieger will completely refurbish, sets a historical counterpoint to the striking new buildings. There are innumerable suggestions for its use. “So far I have found the idea of ​​a market hall for regional products to be the most charming. Something like that is still missing in Pankow and would be a good answer to the furniture stores ”, says Fred Bordfeld from the left. SPD man Roland Schröder is relying more on a new bicycle department store that one of the big Berlin dealers would run economically.

In general, Pankower Tor is not just about future residents, but about all residents, as District Mayor Sören Benn (Linke) emphasizes. He calls for a “varied quarter that ties in with Pankow’s building cultures” that “combines urbanity with airiness and offers lively life such as quiet and green areas.” Benn emphasizes the importance of the quarter as an “entrance to the Pankow center” and as a “contribution to attractiveness of the old town center ”. The future of Pankow should ultimately be reconciled with tradition.

How we will live in the future: You can find all parts of the series here 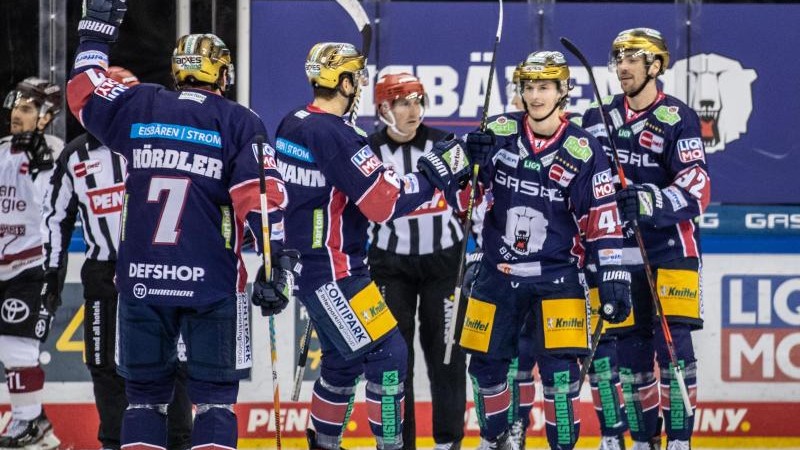 That was the first digital Mercedes-Benz Fashion Week Berlin

Berlin & Brandenburg: Subway sprayers spray paint on the face of the train driver

Why Samsung’s new top mobile phone still has to save first...

Shortly after the vaccination: US nurse falls over in front of...

Lanxess shares at the forefront of chemical industry profits | ...