To be honest, I’ve never been a fan of the Wii. In my opinion, the ‘thumb control’ didn’t work in a lot of games, there were extremely few games that would have inspired me and yes, the technology didn’t really convince me at the time either. Nintendo’s most successful home console was a flop for me on a personal level. It looks so completely different with the successor, of all places. The Wii U is Nintendo’s most unsuccessful home console, but even if a few big brands were late or stayed away, I had a lot of fun with Nintendo’s first HD console. And one of the great Wii U games was Pikmin 3. So what does the almost inevitable deluxe remake bring to the Switch?

In search of urgently needed food for their home planet Koppai, the three astronauts Charlie (by the way, captain of the ship), Aleph and Britanny crash on the planet of Pikmin, PNF-404. Our three protagonists are separated from each other. So the first goal of the game is unsurprisingly to reunite the three, and we urgently need enough resources to make the journey back to Koppai. So it’s practical that we meet the first Pikmin pretty quickly. The cute, little plant creatures, of which you can lead a hundred of them into the field in normal mode, can help us not only in defeating opponents, but also in collecting provisions, removing obstacles or building bridges, among other things. Once opponents have been defeated or, alternatively, inflorescences of special flowers have been collected, Pikmin can carry them to their bulb, where new Pikmin are created. While a small opponent may only be enough for a new Pikmin here, two-digit Pikmin numbers can easily jump out of large opponents.

A protagonist is always controlled, but we can switch between the individual characters in the course of the game, which is urgently necessary in places. Pikmin, or the other astronauts, can be thrown. For example, to overcome a small obstacle. But only the Pikmin attack opponents or remove obstacles that they are thrown at, for example. On command we whistle back our Pikmin, which may be necessary, for example, so that they are not eaten by a pocket-sized ‘monster’. Occasionally we also meet bosses.

Individual Pikmin species also have different abilities. The red ones, for example, are fireproof, the particularly hard rockspikmin can, among other things, smash the crystal bowl of the first boss or break glass obstacles, the yellow Pikmin have no problems with electricity and are even conductive, the blue Pikmin can swim as the only Pikmin and winged Pikmin can lift certain obstacles and are effective against flight opponents. By the way, the additional skills also allow new ways to be found in areas that have already been visited, because we gradually meet the individual Pikmin species.

Since individual days last twenty minutes and we always have to keep our resources in good shape, a certain amount of planning is required. If you just run around carefree, you will not only waste time at Pikmin but will eventually end up without food. However, Pikmin 3 is really not difficult on the normal level of difficulty. On the contrary, here it is possible to get through the game fairly quickly with minimal losses.

Of course the deluxe version has some innovations. For example, there are new levels of difficulty. In the highest mode, which you have to unlock first, the number of Pikmin that can be commanded at the same time is limited to 60, for example. Also brand new is a co-op mode, which is really successful, but calls for a large TV for the sake of clarity. There is also a new pro and epilogue with Captain Olimar and Louie from the previous games, which are actually only minor characters in Pikmin 3. Bingo and mission mode, on the other hand, are old acquaintances. The mission mode in particular benefits from the fact that it contains all the DLC’s of the Wii U version. In the bingo duel, certain items or opponents have to be collected, although we were allowed to compete against human players here before.

In mission mode, too, there was split screen earlier. The aim here is, for example, to collect fruit in a given time or to defeat opponents or boss opponents.

The new features of the campaign clearly offer the greatest added value. The splitscreen co-op not only works well (if you are not stealing each other’s Pikmin), it also offers classic couch co-op fun. The new missions extend the action again in a successful way and at the same time fit very well into the game. Series veterans in particular benefit significantly from the new levels of difficulty. Because especially compared to its predecessors, Pikmin 3 was pretty light. On Wii U I played through the game twice and through the exercise in the second round I lost just over 30 Pikmin, had tons of juice as travel supplies and around 1500 Pikmin ‘in stockpile’. Why the whole thing? To get the better credits, because even if the differences are minimal. Apart from how many fruits you collect, there are three end credits in Pikmin 3.

Technology that no longer inspires

Graphically, Pikmin 3 definitely has its strengths. However, almost all of them are in art design. The garden perspective has a lot of charm in itself, but the Pikmin have a lot more of it, and that also with each of their animations. Whether they are carrying broken pieces around to build a bridge, struggling with opponents or just running after us is absolutely irrelevant. And the sometimes amphibian-like, sometimes insectoid, but always bizarre opponents can clearly score with their look. Garden surroundings, fruits and objects distributed in the landscape, on the other hand, have a look that actually strives for photorealism. And here Pikmin 3 has to give up now. Because while some objects still look pretty good, some textures that weren’t so great seven years ago are now simply out of date. Objects could use more polygons and so on. Thanks to techniques like Physics Based Rendering, people are used to different things, even on Nintendo platforms. In addition, unlike the other Wii U ports, Pikmin 3 Deluxe also runs on the switch in a maximum of 720p, in handheld mode only in 576p, all at 30fps.

In a certain sense, the acoustics are also a bit disappointing, because the successful compositions are still limited to midi tuna. Of course you can ask at this point whether you should expect a newly recorded soundtrack at all. And apart from that, the rest of the soundscape fits perfectly with the game even after seven years. I hope for real instruments here at the latest with Pikmin 4.

Is Pikmin 3 worth it? If you haven’t played it on Wii U, definitely. The series is just very different from other real-time strategy stocks. The bottom line is that solving small puzzles in the area and exploring them is much more important here than the otherwise obligatory fight. In the event of disputes, on the other hand, the concept is designed for controller control from the outset and works accordingly well. There is also couch co-op, local multiplayer and a lot of charm. Only owners of the Wii U version may have to consider whether the few innovations justify the purchase at full price. In any case, only the technology is disappointing. Pikmin 3 doesn’t run any worse than it does on Wii U, but unfortunately not a bit better either.

Mass Effect Remastered: Leak on the release date – the date is in the online shop

Stalker 2: An update from the developers

Wiko Power U20: New smartphone with a large battery and Android 11 comes to Germany

Presentation postponed by a week

Raum changes to TSG Hoffenheim in summer: “One of the most...

Now he roasts fresh every day: King “Knossi” gets a late... 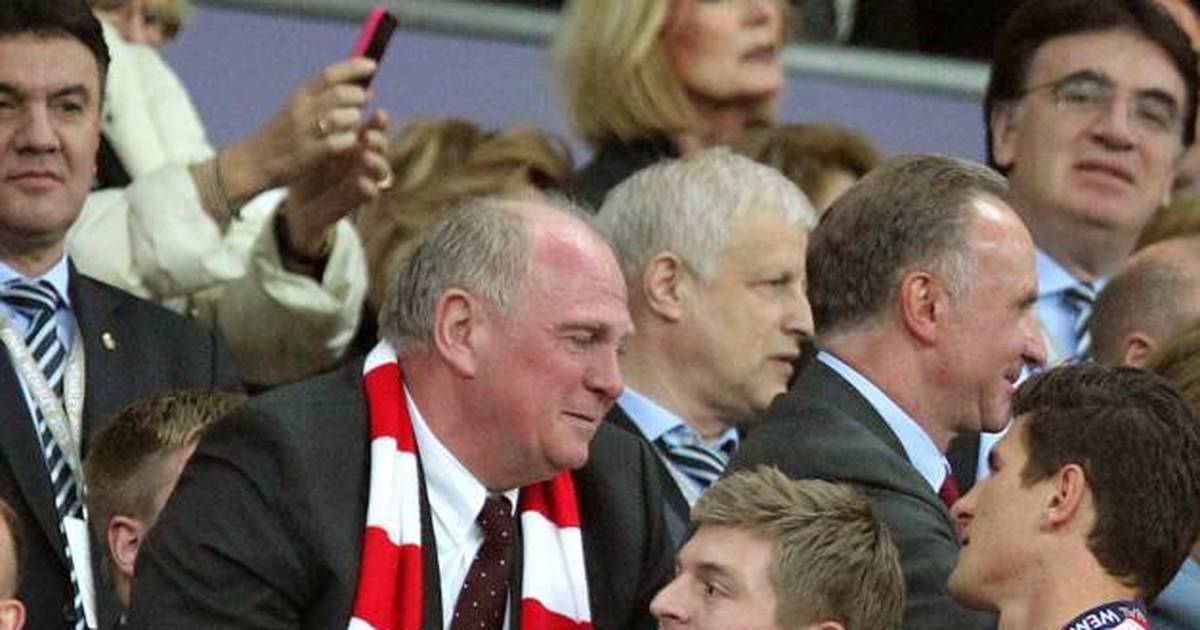 Complaints about tree felling – the criticism hits the wrong ones...