A full four hours passed before the audience knew sometime after midnight that Sarah Lombardi was in the skeleton disguise for “The Masked Singer”. From ProSieben’s point of view, the fact that the viewers chose her as the winner of the third season was not the worst outcome. 1 can be seen.

Sat.1 boss Kaspar Pflüger promises an “extraordinary, big family show” somewhere between music and comedy. The concept reads strange: six plush characters each take on a celebrity and try to inspire the audience and the jury, which includes Lombardi, actor Hans Sigl and a guest who changes every week, with joint duets.

Because the celebrities, including Janine Kunze, Ingolf Lück and Hardy Krüger Jr., are not singers, they will be trained by the puppets over the course of the week, behind which, the broadcaster promises, real professionals. The dolls themselves go by names like Harry Love, Francesca de Rossi or Werner Edel. But it’s not about a revelation like “The Masked Singer”. Similar to the surprise hit from ProSieben, Sat.1 also builds its own résumés around the characters, so that the actors behind them merge with them in the best case.

One thing is clear: Without the success of “The Masked Singer”, “Pretty in Plüsch” would probably never have existed. “With us, every format has the claim to bring something of its own, something new,” emphasized Marcus Wolter, CEO of Banijay Germany, in a recent DWDL.de interview. He can count himself lucky about the order anyway, produced by the Banijay subsidiary Endemol Shine Germany, which is also the pilot’s managing director Jürgen Irlbacher from Grundiee to “Pretty in Plush”, but both formats. “Before others get inspired by our shows, we build on them ourselves. It’s one of the industry’s laws of nature: With ingredients that are currently successful, you don’t sell your new ideas so badly.” 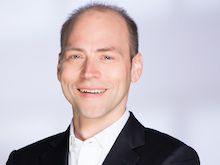 With “Pretty in Plüsch”, which will now be broadcast live on Friday evening for four weeks, television has gained a colorful facet. However, the presumed magic of the new show should only fully reveal itself once you have seen what is going on on stage. “The dolls are allowed to say and do things that we normal people simply wouldn’t do. This will be great and special fun,” hopes Sat.1 boss Kaspar Pflüger and is already satisfied with the dolls made in Israel – even if they initially looked like “from a body world exhibition”.
A challenge for the production should not only be the puppet show, but also dealing with the Corona crisis. “These are all big, additional logistical challenges,” admits Pflüger. However, in the past few months we have been able to gain experience in a wide variety of projects. “If it wasn’t a challenge, it would be boring too.”

Appearance after over a year – Kim’s wife appears for the...