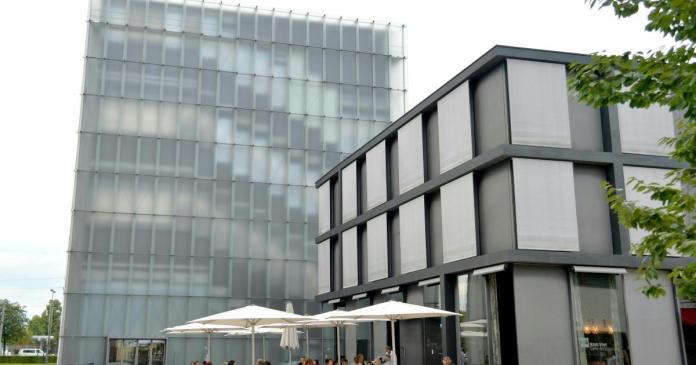 Kunsthaus Bregenz (KUB) is showing works by Pamela Rosenkranz, Anri Sala and Otobong Nkanga in 2021. The exhibition by the two Viennese Jakob Lena Knebl and Ashley Hans Scheirl, which will last until March, is due to open in December. The KUB team is “highly optimistic” that this will be possible. The preparations are as good as complete, says KUB director Thomas D. Trummer. This means that the KUB program will be queer, musical and post-colonial next year.

“This year will be enrolled,” said Trummer in review of the year. The exhibitions by Bunny Rogers and Peter Fischli had to be canceled and the program changed. At the beginning of June the house opened the special exhibition “Unforgettable Time”. The much-noticed show, which showed works created in lockdown, was the most successful of the year with around 14,000 visitors. This influx has shown how much people need art. “People have become more open to art,” said Trummer.

At the end of 2020, the KUB is expected to have counted 32,000 visitors after four months of closure. After deducting the closing days, this is almost the same as last year, which is a “remarkable achievement” given the failures in tourism and the Bregenz Festival, according to Trummer. The expansion of the online presence has also proven very successful. The state of Vorarlberg contributed 2.82 million euros to the KUB budget, plus 36,500 euros in purchase funding from the federal government and around 500,000 euros in its own income.

From December 12th – if the situation allows – Jakob Lena Knebl and Ashley Hans Scheirl will send “Seasonal Greetings” until March 14th 2021. The artist couple, who operate between the sexes and live in Vienna, are known for their often shrill, humorous works. Among other things, they have planned a sea of ​​ice after the painting by Caspar David Friedrich, a walk-in witch’s sabbath and cyborg subjects for their show in Bregenz. At the same time, the KUB is showing works by the French photographer Marcel Bascoulard in the basement for the first time in Austria, who portrayed himself in women’s clothes. “A discovery” for Trummer.

In spring, from March 27 to July 4, the KUB belongs to the sought-after Swiss artist Pamela Rosenkranz, who represented Switzerland at the 2015 Venice Biennale. In her work, the artist, born in 1979, deals with fragrances, light, chemistry and biology, synthesis and the question of what constitutes human existence. She explores dimensions beyond the visible, the atmosphere in the KUB suits her work, said Trummer about the first solo exhibition in Austria. In the basement, the KUB is showing a work by the recently deceased Austrian Lois Weinberger, in whose work wild plants play a major role.

The summer exhibition will be held in 2021 – one year later than planned – by Anri Sala, who lives in Paris and comes from Albania. Sala’s works, often videos, revolve around musical phenomena and the relationship between sound, space and vision. Musical instruments are protagonists in his technically sophisticated works. One of his best-known works is “If and Only If”, in which a snail crawls along a viola bow in poetic slowness, setting the tempo of the music. In the summer, the KUB will be showing selected graphics from the König-Lebschik collection, which comprises 3,000 objects and which the KUB received as a donation, in its collection window in the post office building. Also from June a water sculpture by the Swiss Roman Signer is planned in cooperation with the Illwerke on the Bielerhöhe.

From October 23 to January 9, 2022 the Nigerian artist Otobong Nkanga will present post-colonial positions. Her work revolves around the extraction of resources, the relationships between people and land, and they deal with the movement of raw materials and goods as well as the invisible forces behind them. The artist, who was born in 1974 and lives in Antwerp, is currently preparing tapestries especially for the exhibition in Bregenz, says Trummer. The central topic for him in KUB 2021 is visibility, in view of a changed attitude towards the world as a result of the pandemic. Much is inaccessible, the virus is invisible, a lot has been taken for granted. For Trummer, art is central to being able to deal with it, because “art makes visible”.

Corona: After Tyrol and the Czech Republic – the closest border...

YouTuberin Mailab talks about vitamin D deficiency: there are people who...

Humor and satire: sentences that no one from Stuttgart says –...