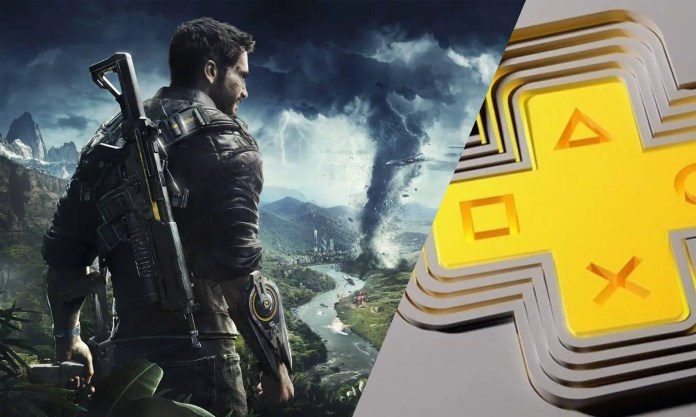 Just Cause 4 is free in December with PS PLUS for PS4 and PS5. – (C) Sony, Avalanche Studios; Image montage: DailyGame

In addition to the 3 PS Plus Games in December there is a free online multiplayer weekend. This means that PS4 and PS5 owners have installed the games with active online multiplayer modes and can test them for free. But which games will we get in December? It is definitely a pure action package and I even guessed one of the games in yesterday’s wish list for them PS Plus Collection!

Worms Rumble only recently had an open beta running and, as an old fan of the murderous and bellicose worms, I of course watched them. Worms completely changes its strategy in this part. A turn-by-turn platform shooter turned into an action-packed live battle. You move freely through the 2D levels and fight in direct battle against other players or teams. Imagine Battlefield or Call of Duty, only in 2D … and instead of weapons you have sheep … and instead of soldiers you have worms. It’s incredibly fast, entertaining and, in my opinion, has great potential to make the Worms franchise more popular again! So dear PS Plus members in December take a look!

Rocket Arena continues explosively in the December package for PS Plus

Missiles, more missiles and even more missiles … In this arena 3v3 shooter it explodes continuously. This is primarily about simply destroying the opposing team, but you should make use of the world and the items that you find. Whether you work with magnets and mines, or just have a good reaction time, both can be decisive for the game. Rocket Arena offers a fight for survival in which you have to rely on your team. All in all, definitely a worthy game for December and PS Plus members. A second title for multiplayer fun and the action component is not neglected again.

Did anyone say action here? I had it on my wish list yesterday … here comes Just Cause 4!

Action is Just Causes middle name. This game series is the epitome of an open-world spy action film. The possibilities that are offered to you in the worlds of Just Cause games are almost unlimited. How you spread destruction and what means you use to cause mischief … there are hardly any limits to the imagination. Rocket-powered cows with explosive barrels attached? Zero problem in Just Cause! So I got through Just Cause 3 PS More discovered and am happy in December Just Cause 4 to experience. I am sure it will be an action packed blast party! 😀

PS Plus in December with upgrades?

Which is unfortunately not very clear and also from the PlayStation Blog does not appear … is whether that PS Plus Games for December also received an upgrade for the PS5 in some way. Be it a graphical one (which I don’t believe, because the period was probably too short) or at least in terms of performance with a boost in terms of FPS. This question remains open and can only be found out by diving into the games! Are you happy about the selection? Which of the games are you going to test first?

Looking back on an unusual year: UNIQA in times of COVID-19

Lubricant manufacturer Liqui Moly loses half of its profit | ... Sturm Graz has its sights on first place at the start...

ROUNDUP: VW under corona pressure – Works Council Chairman: Board of...