Life locked down, the Germans depressed, the prospect gloomy: high time for a Christmas miracle! Maybrit Illner fears “parties without joy” and asks anxiously: “How long will the Corona winter be?”

Helge Braun (48, CDU). Merkel’s head of the Chancellery announces a long braking distance in peace and quiet: “We have to be prepared for restrictions by March!”

Manuela Schwesig (46, SPD). Mecklenburg-Western Pomerania’s Prime Minister quarreled with the head of the Chancellery at Merkel’s on Wednesday. Will that happen again today?

Prof. Ulrike Lüken (44). The psychologist knows: “For many people, Christmas is the emotional high point of the year.”
Sibylle Katzenstein (54). The doctor complains: “With more rapid tests and FFP2 masks we would have the problem better under control!”

Michael Mittermeier (54). The cabaret artist and author wrote the stupid book “I think I already had it: The Corona Chronicles”.

Ranga Yogeshwar (61). The ARD science journalist is always so quick with his arguments that one thinks he can play table tennis against himself.

The guest list is good, are you nerves too? The Zoff-o-Meter is in Flitzebogen mode!

A clear specification at the start

The minister fully trusts his resting heart rate: “We were able to freeze the infection level,” he says calmly. Whether or not Christmas becomes a contagion problem, “we really all have that in our own hands.”

The talk show host promptly increased the pace: Frank Ulrich Montgomery from the World Medical Association said: “It will be a party with a risk of death!”

But even with this she does not lure the Merkel man out of the reserve: “The prerequisite for being able to safely meet your relatives,” explains Braun with his hypnotic voice, “is that you really reduce your contacts to an absolute minimum in the week before Christmas” , Motto: “We stay at home!”

Doctor Katzenstein has some bad news in her luggage: “The positive rate is now rather higher,” she reports from her practice. Your criticism of the specifications for the tests: “I had the feeling that the pandemic should adapt to the laboratory capacities, and not the other way around!”

“In the age of digitalization, the fact that we still fill out slips of paper when we go to the restaurant is infinitely sluggish!” Rants Yogeshwar in his apartment in Hennef. “It’s like mowing the lawn and using nail scissors!”

“It is important to us to protect health, and as far as possible the economy and jobs,” explains the Prime Minister in Schwerin, “but also social cohesion. Christmas and the turn of the year, that’s part of it! ”

“Christmas is one of the emotional highlights,” assists Prof. Lüken. “If the rules are too strict and Christmas was canceled, that wouldn’t work!”

“In the spring, there was often fear and uncertainty,” the psychologist continues. “Now the subject is more of a depression.”

Because: “We are dealing with a lack of social contact. With loneliness. In addition, November is a month that is mood-wise difficult for many people anyway. “

Braun is visibly troubled by the number of 400 corona deaths a day. His worrying prognosis: “The number will now increase a little!”

“If we stay at this altitude, we will lack the strength to loosen up again at some point,” he fears. “That is very bad psychologically for the country!”

Schwesig has the pipe of peace with him: “I’m with the Chancellor Braun,” she agrees. Everyone would have to go along with the shutdown, including those countries that were below the limit of 50 infections per 100,000 inhabitants – including yours.

“These are tough restrictions,” emphasized the Prime Minister. “Lots of shops are closed, the cultural sector, the hotels, that’s no small thing!”

“I’m glad we prevailed,” she says and quickly pushes after: “Together!”

“The opening is for Christmas, not the big New Year’s Eve party,” Braun makes it unmistakably clear. “It should be until December 31st at the latest. go.”

“I think we need long-term strategies,” grumbles doctor Katzenstein. “In my practice we have now tested approximately 1,300 patients positive, and none of my staff have been infected. Not a patient either. ”

Therefore: “Instead of taking such strict measures, you could explain to the population how you can protect yourself effectively, before the festival!”

The talk show host wants to lure the minister out of the reserve with the much-quoted statement by Friedrich Merz: “It is none of the government’s business how I spend Christmas with my family.” Illner’s question: “What is right about this sentence?”

But Braun is well prepared as always: “It is absolutely right that we interfere as little as possible in private life,” he replies. “But of course the freedom of the individual ends where the community is concerned!”

“Christmas is a kind of reward for the limitations that we have put up with,” says the psychologist. “The good news is: Christmas is not canceled, Christmas is corona-compatible.”

“What creative solutions can we find?” She then asks. “Instead of the coffee table, for example, a Christmas walk!”

And: “Sometimes you can throw old traditions overboard that you have wanted to get rid of for a long time. There is also the possibility to say: well, then we will celebrate Christmas in May when the weather is better! “

The minister is happy about new weapons against the virus: “We now have the rapid tests as an instrument to get school classes out of quarantine earlier,” he reports. “And the capacity is growing every month.”

His hope: “We will have more rapid tests every month in January, February, March. In addition to spring and the vaccine, the rapid tests will also give us back significant degrees of freedom. “

“You feel left alone,” complains Comedian Mittermeier. “We don’t have the feeling that someone is really trying to empathize with the culture industry. There are hundreds of thousands of people who don’t have a job! “

“It needs an emotional signal,” says the ARD science journalist. “In Singapore, politicians, high officials and managers said: we are foregoing part of our salary.”

Yogeshwar’s “very specific proposal”: “Why not say to many officials: This year there won’t be a thirteenth monthly salary, that goes to Michael Mittermeier and friends! I think that’s good! ”Will ARD and ZDF also participate?

“Would it be an idea to say that the Christmas bonus or the 13th salary is donated, also by politics?” The talk show host asks the minister.

“If we make such help out of tax revenues, then it’s the fairest thing there is,” replies Braun very easily. “Because he who earns little pays very little taxes, and he who has a huge salary pays a lot of taxes.” Hm – was that the question?

“In this respect, everyone makes a contribution based on their financial capabilities,” explains the minister. “So we don’t need a special levy.” Uff! Yogeshwar grins mockingly down at the group.

Illner also asks the Prime Minister, but Schwesig simply turns the tables: “It’s crazy what a lot of people do in the administration, just in the health departments!” She praises. “That must also be appreciated!”

“Why not set up a ‘Culture Taskforce’?” Says Mittermeier. “Politicians have to learn to understand the industry!”

His request: “Give me Olaf Scholz’s number or give him my cell phone number!”

Illner laughs, Braun smiles, but the comedian keeps fighting: “Just to talk to each other!” He explains. “Unfortunately, it often misses the realities of life for cultural workers.”

“We’ll see if we can get in touch,” promises the talk show host, and with that she has another new talk topic.

Quote of the evening

“Unfortunately we cannot talk to the virus!” Maybrit Illner

Confusing templates, well-targeted fouls, nifty players, referee Illner let everything go through: That was a talk in the “pressure period” category. 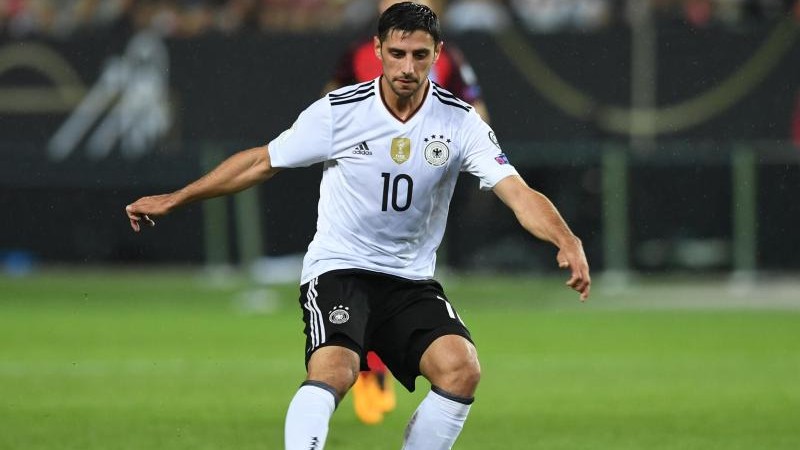 IBM wants to lay off 1,000 employees in Germany

Corona summit: when do the new rules apply in Germany?

When do schools and daycare centers in Rhineland-Palatinate open again? – SWR news

Stricter corona rules: “It stays with the federal patchwork quilt”

Termination due to “Uyghur alarm”: Huawei wants to bring Griezmann back

WDH / ROUNDUP: US mortgage dispute continues to weigh on Credit...

Berlin & Brandenburg: hostage to “lateral thinking”: the protection of the...

Table, results and schedule on matchday 15 CDU: mega-smack for Armin Laschet in the race for party leadership...