Migrants land in the Canary Islands every day. For the time being, they should live in the empty tourist hotels or in new camps. Madrid does not want to bring them to the mainland.

The Canaries are not allowed a second Moria become – one hears this sentence often and from very different sides. You can hear him from a mayoress in Gran Canaria who wants to punish hotels that give rooms to refugees. And by aid organizations that fight for decent housing for these people. The Spanish migration commissioner says so, as does the opposition leader.

But the pictures are reminiscent of the Moria refugee camp on the Greek island of Lesbos: On the harbor wall of Arguineguín in the south of Gran Canaria, around 2,000 people crouched, without blankets or protection from the sun. In the meantime the situation has eased somewhat, says Antonio Morales, chairman of the island council Gran Canaria. There are tents, everything looks a bit more organized than a few days ago. But 1000 people are still waiting in the port. “It is unworthy to deal with them,” says Morales.

The crossing is life-threatening

The people waiting there for the result of their corona test and the establishment of their identity came across the Atlantic in boats from the west coast of Africa. Depending on the place of departure, the crossing takes between two days and two weeks, says Txema Santana from the aid organization CEAR. Some boat refugees from distant countries south of the Sahara arrive in such bad shape that their legs can hardly carry them and they threaten to drown in knee-deep water.

The crossing is life-threatening, according to UN estimates, every 16th boat refugee dies on the Atlantic route. If the boats miss the island chain, they drift out to sea and the people to certain death. At least eight people died off the coast of Lanzarote on Wednesday.

Nevertheless, hundreds of mainly young men set out. “There are currently around 280 people arriving every day,” says Santana. Much more than in October, when a total of 5000 refugees and migrants landed in the Canary Islands.

Something else has changed: At the moment, mainly Moroccans are coming. “Many of them are fleeing the consequences of the pandemic,” said Santana. Most of these people are not entitled to asylum; there are currently only 352 asylum applications in the Canary Islands.

Hotels that still host migrants from January 1st could face a fine of up to 300,000 euros.

There is still not enough accommodation for those who survived and survived the procedure at the harbor wall. The Spanish government has rented hotels and bungalows for around 6,000 people. Almost all hotels in the Canary Islands are currently empty, and many holidaymakers have stayed at home due to Corona. “We usually have an occupancy rate of 90 to 95 percent at this time,” says Tom Smulders, head of the Hotel Association on Gran Canaria. At the moment just eight percent of beds are occupied by tourists, while another 3.5 percent are for refugees and migrants.

Although there can be no question of the fact that the Africans were disputing hotels with tourists, the mayor of the resort of Mogán on Gran Canaria gave the government an ultimatum: Hotels that still host migrants from January 1st could face a fine of up to 300,000 Euro. «We cannot allow Gran Canaria to become a prison because of the inaction and lack of coordination of this government, a Lampedusa or a lesbos‘Said Onalia Bueno.

The government’s migration commissioner, Hana Jalloul, rejects the ultimatum: She sees vacant hotels as a pragmatic interim solution. “This way, the employees have work again and the migrants have safe accommodation,” she says. Incidentally, she did not understand the idea that hotels are only reserved for tourists. “These people have been through bad things, why shouldn’t they be allowed to rest in a hotel that is empty anyway?”

But the government also knows that hotels are not a permanent solution. They now want to build 7,000 places in camps created by the military. The Ministry of Migration calls this a “gigantic plan”. “But so many people came in November alone,” says CEAR spokesman Santana. According to the Spanish Ministry of the Interior, around 19,000 refugees and migrants have landed in the Canary Islands since the beginning of the year.

Of them, around 4,000 people could have already traveled to the mainland. According to the online newspaper “El Confidencial”, police sources confirm the number that people wanted to continue to France. CEAR spokesman Santana does not want to confirm the number of 4,000 people who have traveled on, but he also observes with concern that some of them continue to get through on their own: “These people are threatened with illegality and vulnerability.”

Migration State Secretary Hana Jalloul does not want to know anything about any further travelers. “Not the responsibility of our ministry,” she says. The Ministry of the Interior also only mentions 2000 women and children who were flown to the mainland. They are not willing to get more, they do not want to create incentives for refugees.

But opposition leader Pablo Casado accuses Prime Minister Pedro Sánchez of precisely that. Casado said it was a mistake to pick up the rescue ship Aquarius with 629 people in June 2018. Sánchez is so responsible for the “worst migration crisis Spain has ever experienced”. For comparison: in 2006 36,000 migrants came to the Canary Islands.

Video shows first snow of the year in Vienna – readers

Corona opponents from Germany and Poland demonstrate at the border |...

Ciriaco Sforza: “I was never able to shape the team properly”

Slight movement when uncovered: Egypt prepares “Ever Given” discharge 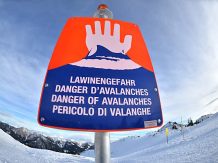