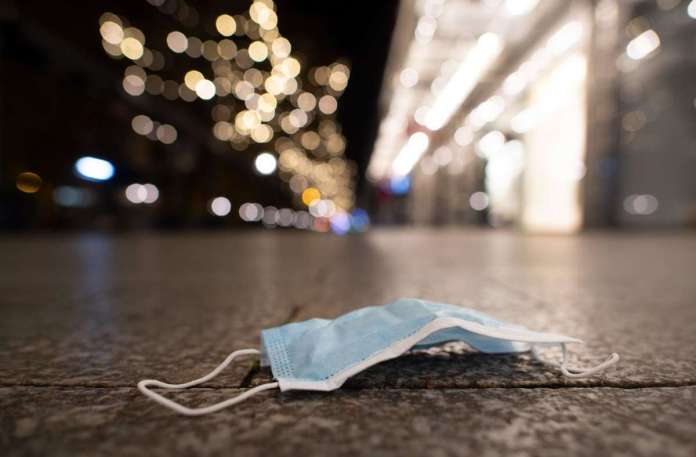 The corona virus is persistent in this country. Relaxation of the infection process is still a long way off. There is also a sad record.

Berlin – The health authorities have reported a maximum number of new corona deaths to the Robert Koch Institute (RKI). Within 24 hours, they transmitted 410 cases in which people died of or involving a corona infection (as of November 25, 00:00 a.m.), according to RKI data from Wednesday morning. That is a record since the beginning of the pandemic. The highest level to date was reached in mid-April with 315 reported deaths within one day. The total number of deaths rose to 14,771. The RKI pointed out that due to technical problems, the corona numbers published on Wednesday contain late reports from Baden-Württemberg from the previous day.

Read here: More than 2800 new corona cases in the southwest

It was already expected that after the rapid increase in the number of infections in October and early November, the number of deaths would also rise significantly – albeit with a time lag. It usually takes some time before an infection leads to death after a severe course of the disease.

The infection rate in Germany is still comparatively stable at a high level. The 7-day incidence – the number of new infections per week and 100,000 inhabitants – has been hovering around 140 for more than two weeks. On Wednesday, the RKI gave the value at 139.6. The decline in infections expected due to the partial lockdown that has been in place since the beginning of November has not yet materialized.

The number of active corona cases has recently decreased slightly for the second time in a row. The RKI reported 291,600 cases on Tuesday evening, 4,600 fewer than the previous day.

RKI: 961 320 detected infections since the beginning of the pandemic

The number of new corona infections reported within 24 hours was 18,633 on Wednesday. On Friday, a high of 23,648 reported cases was reached. The number of corona patients in the intensive care unit continues to rise, but the tendency is less than at the beginning of November.

The RKI has counted a total of 961,320 detected infections with Sars-CoV-2 in Germany since the beginning of the pandemic. The institute estimates that around 656,400 people have now recovered.

According to the RKI situation report on Wednesday evening, the so-called seven-day R was 0.87 (previous day: 0.90). This means that 100 infected people infect a further 87 people. The value represents the occurrence of the infection 8 to 16 days ago. If the value is below 1 for a longer period of time, the infection rate subsides.

Coronavirus under control: China’s exports are booming more than expected