Contact and exit restrictions, alcohol ban in public: Saxony’s government is tightening its anti-corona measures due to the increasing number of infections. The cabinet decided on Friday in a special meeting with a new protection ordinance to implement the corresponding federal-state resolutions from Wednesday evening – and in some cases went beyond the requirements.

A new rule: If the incidence of at least 200 new infections per 100,000 inhabitants per week persists, an exit restriction applies in the respective district or the affected city. The new regulation applies from December 1st to December 28th – with one exception for Christmas. Saxony prefers the school holidays, the last day of school is on December 18th.

Kretschmer: “We have to act here”

“We have to act here,” said Prime Minister Michael Kretschmer (CDU) in view of the load limit reached in the hospitals. He appealed to the citizens to support the necessary major restrictions and to adhere to them. There is a lot of solidarity, responsibility and personal responsibility. “But it’s not enough,” he warned. Greater restrictions are needed that must be shared.

“These are tough measures, we know that,” said Health Minister Petra Köpping (SPD). She announced that she would work increasingly with quick tests at hot spots. The planned corona vaccination centers in the cities and districts should be ready for use from mid-December.

Several regions in Saxony are now part of Germany’s corona hotspots – including the Erzgebirgskreis and the Bautzen district. On Friday, according to the Ministry of Health, ten of the 13 districts and independent cities were above the critical limit of 200 infections per 100,000 inhabitants in seven days. The district council president Frank Vogel (CDU) announced a uniform approach of the municipalities. For the first time, the state parliament with its specialist committees was involved in the Corona Protection Ordinance, which is to be published on Saturday.

The new rules for Saxony at a glance

If the incidence value of 200 new infections per 100,000 inhabitants per week is exceeded for at least five days (according to the threshold value of the Robert Koch Institute), exit restrictions and a ban on alcohol in public spaces should apply. Sports and leisure activities are then only allowed within 15 kilometers from the place of residence. Leaving the apartment or house “without good reason” is then prohibited. This does not include what is necessary for everyday life: work, shopping, going to school and daycare.

As of December 1st, the same rule applies to private contacts as in the federal-state agreement: Private get-togethers should be limited to your own household and to another household – to a maximum of five people in total.

Families and close friends should be able to celebrate Christmas and most likely New Year’s Eve together. From December 23rd to 28th, meetings “with the closest family and friends” should be possible – up to a maximum of ten people (excluding children up to 14 years of age). Unlike other German citizens, the Saxons do not have to do without New Year’s Eve fireworks. They are called to keep minimum distances. There should be no general ban on pyrotechnics.

Schools and daycare centers should generally remain open. However, if there are 200 new infections per 100,000 inhabitants, normal day-care centers and schools will be restricted. That means: fixed groups with fixed supervisors in the daycare centers. From grade 7 onwards, a mask is required in class. At the elementary schools there should be class teacher lessons with fixed classes, at secondary schools alternating lessons are possible – but should not be arranged across the board, but in coordination with the school, said Minister of Education Christian Piwarz (CDU).

For church services at Christmas, there must be a sophisticated hygiene concept that visitors adhere to. “We have great confidence in the churches,” said Health Minister Petra Köpping (SPD). There is an intervention: singing is not allowed.

Basically, the cabinet decided to extend the partial lockdown. Leisure and cultural facilities as well as gastronomy must therefore initially remain closed until at least December 20th – an extension over the turn of the year is likely. For larger businesses, stricter requirements apply.

Kretschmer warned: “If things don’t work out, there will only be a lockdown in the end”. That then means “a real curfew”, the closure of all businesses except for the critical infrastructure, all shops, daycare centers and schools. The aim is to avoid what is already happening in other countries. “To do this, the numbers have to go down.” (Dpa)

Hirsch throws at the car in an accident: the driver dies on site! Ex-boyfriend in custody: pregnant Juvy-Ann buried in the leaves | Regional

Germany: Public for the first time: Main election for Bird of the Year – Bavaria

Weather: cold hammer! Snow forecast for Saturday – Munich is right in the middle

Curfew for everyone? Germany is heading for total lockdown

Biden wants to speed up corona vaccinations in the USA

Coronavirus in Germany and the world: RKI reports around 18,000 new infections and almost 1,000 more deaths – knowledge

These places in Germany remain closed on weekends

Viersen: Expert opinion incriminates the kindergarten teacher after the death of...

Werder Bremen: Not enough quality? Voices on the Leipzig defeat! 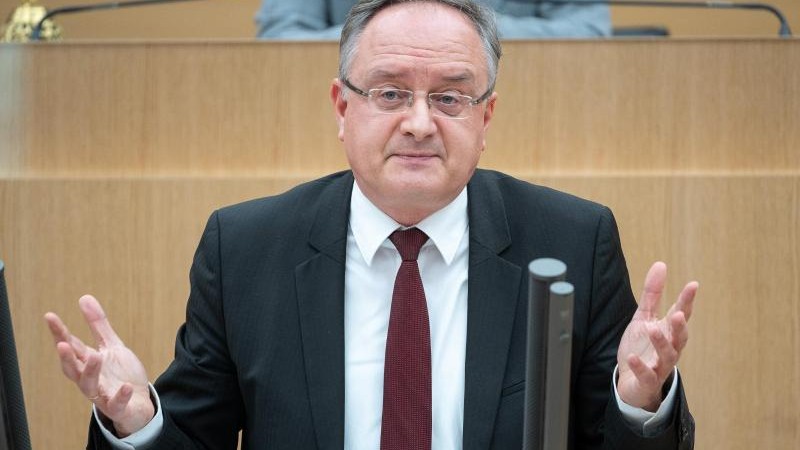 Health – Stuttgart – SPD calls for a paradigm shift in...