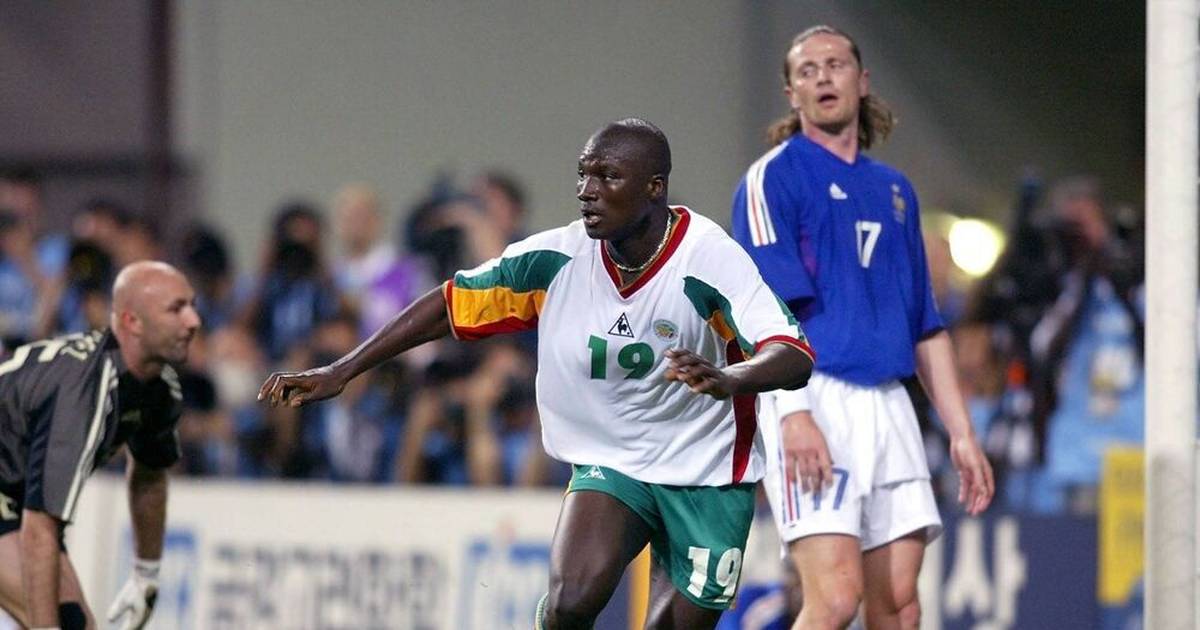 The shock is written on the faces of the world champions: Fabien Barthez, Emmanuel Petit, Bixente Lizarazu. Everyone can only watch as Papa Bouba Diop pushes the ball over the line in pursuit.

It’s the opening game of the 2002 World Cup in Seoul, defending champion France against outsider Senegal, 30th minute – and the greatest moment in Diop’s life.

“My goal against Les Bleues shaped my life forever,” recalled Diop two years ago. At that time, Senegal had qualified for a World Cup again for the first time. But the team that took part in Russia did not achieve the fame of the 2002 team at home.

That not only defeated the world champion 1-0 with Diop’s goal, it then stormed into the knockout round, where it first defeated the Swedes in the round of 16 and finally lost to Turkey in the quarter-finals after extra time.

On the way there Diop had scored a brace against Uruguay in the group stage. In the memory of the many Senegalese soccer fans, this golden goal against France always had a very special place.

The goal laid the foundation stone for the greatest World Cup success of an African team since Cameroon’s “indomitable lions” made their furious quarter-finals at the 1990 World Cup in Italy.

How much this goal meant not only to the Senegalese, but to many other former and current footballers, is proven by the reactions to the death of the former midfielder, who died on Sunday at the age of only 42 after a serious illness.

Boateng was a 13-year-old child who lived in Berlin when Diop opened the World Cup with his goal in far-away South Korea.

The mourning on the island is also so great because Diop has also left his mark in the Premier League.

Fulham FC, where he stormed from 2004 to 2007, wrote on Twitter: “The news of Papa Bouba Diop’s death has shaken us.” The “wardrobe”, the nickname of the beefy midfielder at the time, may rest in peace. (Premier League: Schedule and Results)

Diop not only played most club games for the Londoners, he also marked a goal for the ages in their jersey. In December 2004, he chased the ball into the mesh from 30 meters against Manchester United to equalize the last minute so brutally that one still wonders how the goal net withstood this impact back then. (Premier League: The Table)

Mourning for Diop also in France and Switzerland

That Diop was not only a great footballer, but also a warm person, becomes clear in David James’ tweet.

“Such sad news. One of the kindest, dearest people I have had the pleasure to play with,” said the former England goalkeeper, who played with Diop for Portsmouth FC.

In Switzerland, too, where he began his professional career at Xamax Neuchâtel and Grasshopper Zurich, there is great sadness – just like at RC Lens.

He was under contract with the Northern French at the time when he scored the international goal that made him famous.

BVB still in crisis – under Terzic everything was the same?

A fall must not slow you down

Bang ban in Dresden: Do firecrackers tourists go beyond the city...

New Coronavirus Mutation – The Virus Is Always Two Steps Ahead...

Alfred Wolfram confirmed as chairman of the Forwarding and Logistics Association

Effenberg criticizes Hummels: currently does not have the status of inviolability