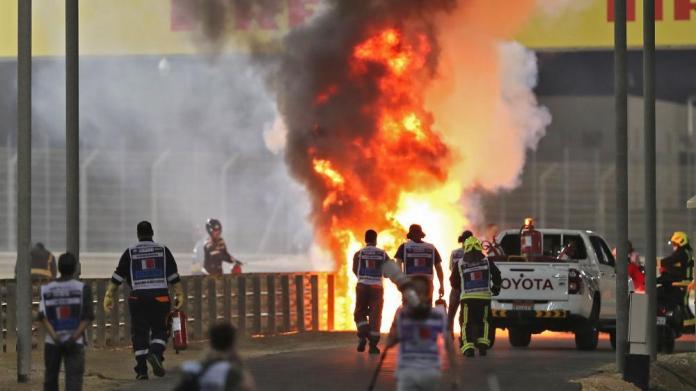 The edge of the track in Bahrain became a hell of fire. © APA / afp / KAMRAN JEBREILI

Formula 1 driver Romain Grosjean only barely got away with his life on Sunday afternoon.

Shortly after the start of the third to last Grand Prix of the season on Sunday, Haas driver Romain Grosjean crashed into the guardrail. His car ripped in two and immediately went up in flames. The reason was initially unknown. 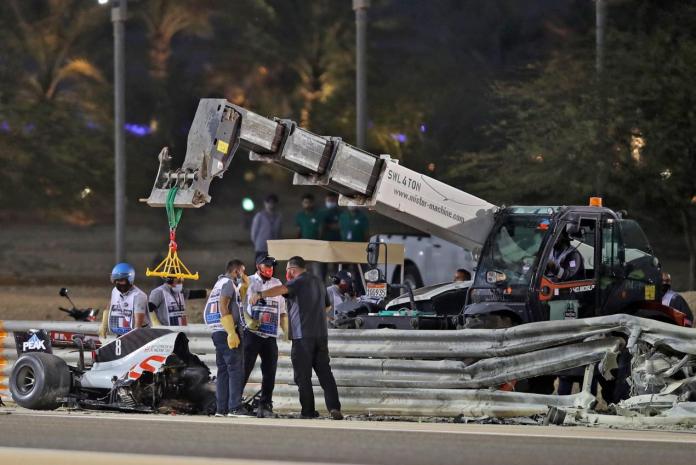 TV pictures showed how the 34-year-old was pulled out of the flames by helpers and the crew of the medical car shortly after the crash.

The Frenchman apparently suffered minor burns on his hands and feet, and the impact is said to have led to an upper body injury. Grosjean had to be propped up as he was escorted into an ambulance.

“He is now in the hospital. According to the circumstances, he is doing fine. He was very lucky, ”said Günther Steiner in a first statement. The South Tyrolean is the team boss of the Haas racing team. “I want to thank the marshals and all the first responders. You did a great job, ”said Steiner.

The cars returned to the pits. The race is currently suspended.

“My longing was always for Berlin” – BZ Berlin

Relaxation – CSU attacks Austria and thinks about closing the border

Gina Carano: She found out about her eviction via social media

500 infections per day: new corona infections are increasing in South...