Ka week without a “Monday dent”: At the beginning of this week, too, there are significantly fewer new Covid 19 cases for Hessen than on the previous days. This is due on the one hand to fewer tests on the weekend and on the other hand to the delay in reporting by the health authorities due to the high volume of data. According to the Robert Koch Institute (RKI), 512 confirmed new cases were added overnight. On Sunday it had reported more than 1400. The weekly comparison makes more sense. And that is quite positive: Last Monday, the federal institute reported 552 new infections. Together with the data from the past few days, this confirms the observation that the number of cases is no longer increasing. Rather, they are sinking. The plateau has therefore been reached, and the curve flattens out.

The trend in the numbers of corona victims does not yet seem so clear. The RKI is currently reporting eight more deaths. It was six a week ago. In contrast, the comparison from November 21st to November 28th showed a significant decrease of more than 50 percent. As of November 27, three more deaths were recorded than a week ago.

According to the RKI, the incidence of the past seven days in Germany was 136 cases per 100,000 inhabitants. Bavaria, Berlin, Hesse, North Rhine-Westphalia, Saxony and Thuringia had higher values. As can be seen from the RKI’s corona map, large parts of Hesse are at the highest warning level according to the state’s escalation concept (see grafic). This is especially true for southern Hesse. However, the incidence, which indicates the confirmed cases of the past seven days among 100,000 inhabitants, is falling. For Frankfurt there is a value of 164 after 178 a week ago and for Offenbach a value of 255 after 306. Offenbach has also dropped out of the RKI table with the 15 highest incidence values ​​in Germany.

Question mark about Wiesbaden, hotspot at 500

For Wiesbaden, the federal institute reports the number 178, the city, on the other hand, gives its incidence as 237. There was also a considerable gap in the past few days. For the neighboring Mainz, the RKI gives the characteristic value as a good 184.

In the small town of Linden near Gießen in Hesse, the incidence remains close to the 500 mark after an outbreak of the virus in an old people’s home. However, the information from the district of Gießen in Internet forums that Linden had 175 cases from the past seven days caused irritation. The population of a good 13,000 extrapolated, but there must be around 65 confirmed cases within a week. 175 cases meant a seven-day incidence of 1,350.

Since March, the RKI has become aware of almost 86,800 cases and 1,248 Covid-19 victims. On October 1, however, only a good 19,000 infections and 551 deaths were recorded. These numbers show the dynamics of the pandemic in late autumn. Important: It usually takes a few weeks for the increasing number of cases to affect the death statistics, if severe courses end tragically. Conversely, anyone who is not treated by a doctor is considered to have recovered after a good two weeks. For Hessen, the RKI states around 58,300 recovered people, although the institute only estimates this number. It is not officially raised. After deducting the recovered and dead, 27,252 cases are still active based on the number of new infections reported since March.

The curve shows further upwards with a view to the corona patients in Hessian clinics and also to the ventilated patients. After 1628 Covid-19 patients a week ago, the hospitals are now looking after almost 100 more. The number of people being ventilated rose from 327 to 371. That is a good seven times as many as in early October. “There are currently 281 free ventilation beds in Hessian hospitals,” the Ministry of Social Affairs told the FAZ last Wednesday; it updates these numbers weekly. It remains to be seen whether there will be enough qualified staff for these beds. A few days ago, the medical director of the Frankfurt University Hospital was concerned about a lack of staff.

The Hessian Ministry of Social Affairs publishes an overview of the corona development every day, broken down into districts and urban districts. It refers to figures from the RKI. In the first weeks of the pandemic, it also took into account data from the Hessian state examination and investigation office in the health system at the Gießen regional council, to which the health authorities have to report the new cases. In order to establish consistency, the ministry now only uses the RKI information.

From a Frankfurt perspective, it is fundamentally important: The positive tests taken at the airport are not assigned to the city. Rather, according to the Ministry of Social Affairs, they are reflected in the statistics of the health department, which is responsible for the respective returnee. This can also be the Frankfurt office or another in Hesse, but also an authority in another federal state.

As few travelers as 1984: Dark year at Frankfurt Airport | hessenschau.de

Journal Frankfurt Nachrichten – The “Frankfurt Plan” should fix it

Fraport expects only a slight upswing for Frankfurt Airport in 2021 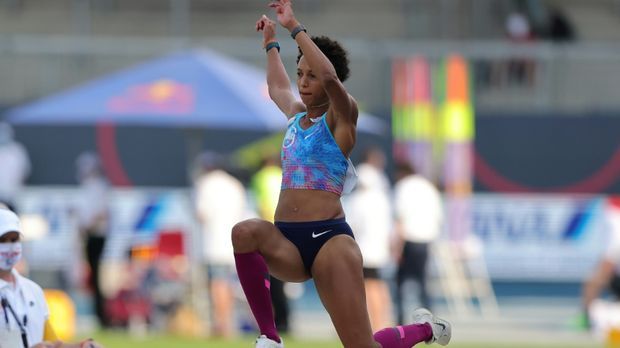