The Hausburg primary school in Berlin-Friedrichshain is getting a new three-story, temporary school building made of solid wood on Otto-Ostrowski-Straße. It is the first wooden module building in Friedrichshain-Kreuzberg and, according to the district office, the first multi-storey, temporary school module building made of wood in Berlin. The location is not far from the old school building, which has been renovated since 2018.

The finished, three-storey modular building with 12 classrooms will provide space for 300 primary school students. A cafeteria, group and administration rooms are also planned in the 2100 square meter new building.

The district office is having the alternative location cost 6.15 million euros, including ancillary construction costs, the design of the outdoor facilities and the furnishing of furniture, the district office reports.

The special thing about the resulting modular construction is the material: unlike the well-known gray and white corrugated iron school containers, the 75 modules are made of solid wood. It is intended to reuse them for other locations.

Classes in the new wooden building are scheduled to start in spring 2021, but the modules are already assembled earlier: it only takes nine days to assemble the modules prefabricated by a Leipzig company. The last module will be set up on Thursday, December 3rd. This is followed by the construction of the stairwells and the interior fittings.

The school had to wait a long time for the alternative: renovation work has been carried out on the old building since 2018, the first alternative containers could not be used due to a lack of acceptance by the fire protection staff.

School Councilor Andy Hehmke (SPD) emphasizes that, in addition to providing an alternative location, the primary school capacity can also be temporarily expanded: “In this school region, we currently have a significantly growing need for primary school places. The new wooden module construction covers the future needs in the school area of ​​the Hausburg elementary school, ”says Hehmke.

The Hausburgschule on Hausburgstrasse comprises an old building and a neighboring new building on the parallel Eberty-Strasse. The modern gymnasium, completed in 2006, was used for two years to accommodate refugees.

The very intensive cooperation with Alba Berlin and the bilingual, German-Spanish train of the Staatliche Europaschule Berlin are among the special features of the Hausburg School, which is located directly opposite the old slaughterhouse and was designed in 1902 by city planning officer Ludwig Hoffmann. 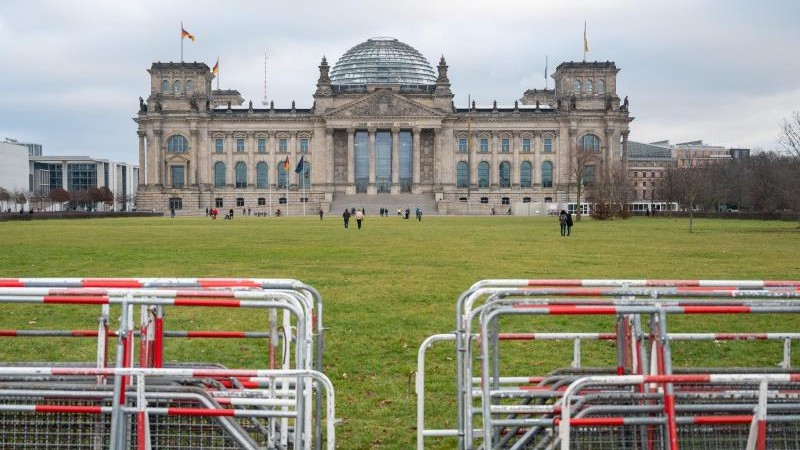 Cheyenne Ochsenknecht: She shows her baby bump for the first time!

US authorities announce early termination of Trump’s term of office

Anna Gasser for the first time since March in a competition