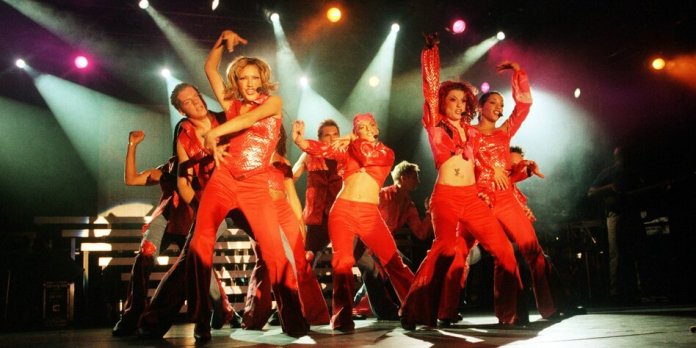 During the RTL2 show “Popstars”, bands like No Angels and Bro’Sis emerged in the 2000s. Now you can finally stream their music.

The No Angels were a big number in early 2000 and shaped generations Photo: Gutschalk / imago-images

Getting older is unpopular, but it has its advantages. The shame of the teenage years, for example, ended at some point. If music by No Angels, Bro’Sis, Preluders and Monrose suddenly becomes available on Spotify overnight, then you can safely celebrate the “pop stars” of the 2000s in public with “Daylight” in a loop.

Let’s look back to the year 2000, when the casting show “Popstars” started on RTL 2. The winners of the first season were the No Angels. Officially, I just mourned the Smashing Pumpkins at the time, but I was already a constant fan of Lauryn Hill. Hill stood for this big wide world that seemed far away in Dresden at the turn of the millennium.

But then came the “pop stars”. An American format, like a cola and a five-minute terrine that I ate after school. Suddenly there were women on television who were more diverse than the German noses of high culture. This also applied to Bro’Sis and the other bands in the 11 “Popstars” seasons.

So far the rights to the songs from this era were with Cheyenne Records. Now the music publisher BMG has acquired the entire catalog from Cheyenne – and published it on Spotify and iTunes on Friday, to the delight of many fans. Hits like “Daylight in Your Eyes” by No Angels and “I Believe” by Bro’Sis are included, even the trash rock song “Sweetest Poison” by the short-lived band Nu Pagadi from season four.

The big “pop stars”, on the other hand, No Angels and Bro’Sis, have shaped generations. If you, dear readers, should roll your eyes now: Those who refuse to accept No Angels and Bro’Sis can actually not understand the Internet. The Instagram channel “Galeria Arschgeweih”, for example, is full of “Popstars” memes, only Claudia Obert appears there more often.

In the middle of March of this year, the account shared a meme with the text “When my girls and I go really steep on Skype”. A photo montage of the No Angels from their “Daylight in Your Eyes” video was shown in four different living rooms.

We would like to show you some external content here. You decide whether you want to see this element too.

It worked so well because it reminds you to make lemonade out of lemonade. About the fact that this Corona time brings back many teenage memories, as my colleague Volkan Ağar recently wrote and that parties via video should probably save New Year’s Eve.

In any case, the playlist is ready.

This is how loneliness is reflected in the brain

From Atlanta to Rome without quarantine: New Delta flights

Corona rules: “Do not call the police immediately at Christmas”