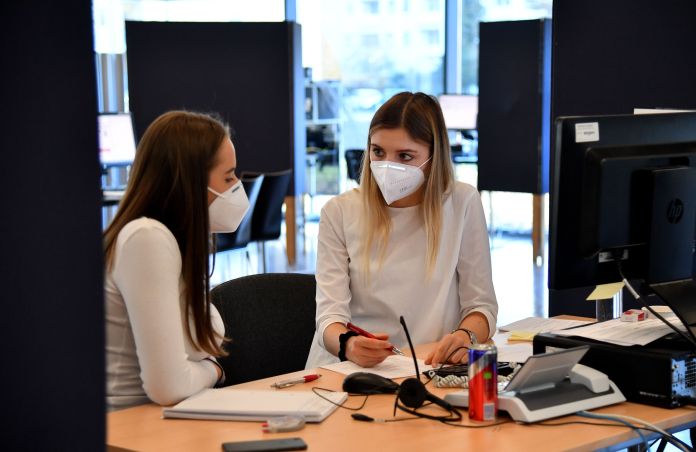 Thousands of new infections every day, dozens of deaths in 24 hours: “Today” shows the dramatic corona situation in Austria in detailed graphics.

Austria has been in strict lockdown since November 17 and public life has been completely shut down again in order to reduce the daily number of new infections and to relieve the health authorities. Trade is closed except for essential goods, restaurants and bars are also closed. Schools offer on-site support, but those who can should not look after them at home. And: you should only go outside the door in exceptional cases. What do the numbers say?

Because the 7-day incidence in Austria is still much too high, all districts have been red on the Corona traffic light for weeks. This applies to all districts, all federal states and Austria as a state. As always, the traffic light commission’s assessment takes into account the risk of transmission, the traceability of the transmission chains, test activity and the resource utilization of the hospitals.

The corona vaccination will start in Austria from January 2021. In Phase I of the vaccination strategy, one million doses are to be administered. In January and February, nursing staff and vulnerable groups should be vaccinated first. As it has to be vaccinated twice, 500,000 people are reached in this phase. Phase II, February to April, will focus on people aged 65+. Two million cans are planned for this. In phase III one will then “go into the area” with broadband vaccinations.

Tyrol and Vorarlberg will be the first federal states to begin mass tests across the population. The reason here are the higher numbers of infections. It is important that the mass tests are repeated several times, say experts. That is why the decision was made to start a series of tests with professional groups such as teachers, kindergarten teachers and police officers on the first weekend in December.

Triage is a term that has been raised more and more frequently by experts, doctors and the government in the past few weeks. All measures taken, including the hard lockdown, have the sole goal of protecting Austria’s intensive care units from overload. The worst-case scenario: If there are no more beds, doctors would have to decide which patients can still be treated and which cannot.

Numerous countries – including Austria – are currently in a second corona wave and are trying to contain the spread of the virus with lockdowns. Stefan Kluge, director of intensive care medicine at the Hamburg University Hospital Eppendorf (UKE), is already warning of a third corona wave. “We will see a yo-yo effect if the numbers go down now and there is gradually easing. I fear that people will then become more reckless again,” said the doctor.

Cases by district and overview

“Get out of the whirlpool”: musician Inga Humpe turns 65

Intelligence report: Russia wanted to influence US election 2020 in favor...

Corona: Lauterbach jumps in at the vaccination center – and has...

GTA Online: So Rockstar Celebrates The New Heist Start With You!