“The Masked Singer”: What a finale! Sarah Lombardi is the third season winner of the popular ProSieben show. What does her ex Pietro say about it?

On Tuesday (November 24th) the time has finally come: That Finale from “The Masked Singer” on ProSieben is broadcast live. After weeks of cheering with the jury and guessing who would be in the elaborate Costumes all questions are finally answered. In the last Show the third Season are still alien, Anubis, skeleton, Meerkats and hippopotamus. One after the other, the celebrities under the mask are selected, followed by unmasking.

At the end of the long show, the alien and skeleton are left. Ultimately, the viewers decide who’s the one via the ProSieben app winner the third “The Masked Singer“Season is. The singer in a skeleton costume emerges as the winner. To the applause of the jury, she finally takes it very slowly mask and reveal the secret of who is underneath. It turns out that it’s crowd favorite Sarah Lombardi.

“The Masked Singer”: Sarah Lombardi in a skeleton costume wins the third season

Sarah Lombardi is extremely proud of her performance and thanks primarily to all her fans who believed in her. But not only the audience has the 28-year-old in skeleton–costume recognized immediately. During the entire season falls in the Jury her name again and again. But the jurors Bülent Ceylan, Sonja Zietlow and the respective guest jurors have never been one hundred percent sure – in contrast to the TV audience. It is clear from the start that Sarah Lombardi must be under the mask.

Another person Sarah Lombardi despite prepared Instagram stories, you can’t be fooled Ex–Mann Pietro Lombardi. As the „The Masked Singer“-Gewinnerin in the ProSieben program “red” reveals that the 28-year-old was extremely sure that she was the skeleton. “Pietro kept calling or writing to me and saying, ‘Sarah, you can’t be kidding me‘“, so the former DSDS participant. At some point she no longer responded to his calls and messages. Sarah and Pietro Lombardi met and fell in love with each other in 2011 through the RTL casting show “Deutschland sucht den Superstar”. She came second and he came first. It was THE love story, because both were extremely happy, married and had a son Alessio. However, the marriage broke up a little later and both are officially divorced since 2019.

After the victory of Sarah Lombardi on “The Masked Singer” is certain, written Pietro Lombardi a post on Instagram. He writes to Sarah: “Congratulations, really well done!“He is not alone with this positive comment. Ruth Moschner also says:”Congratulations! All the others were of course really great too! “

“The Masked Singer”: Sarah Lombardi is the skeleton – son Alessio has already divulged it

But not just their fans and Pietro Lombardi hat Sarah Lombardi can not fool. Also son Alessio (5) immediately brought his mother to “The Masked Singer“Recognized. “It was really difficult because he saw the show too. He said, ‘Mom, you are the skeleton.’ And then he betrayed me in kindergarten. Alessio then told me “, so the winner.

By the way: How Sarah Lombardi admitting in an Instagram story on Wednesday is her „The Masked Singer“– Cup broken. But she has now repaired it with an adhesive and proudly presents it to her community. (jol)

Missed the appointment – what happens to the Covid vaccination dose 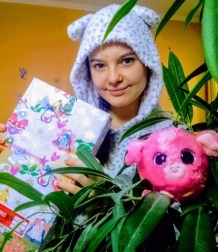 “Think outside the box” wants to demonstrate with 22,500 participants on...