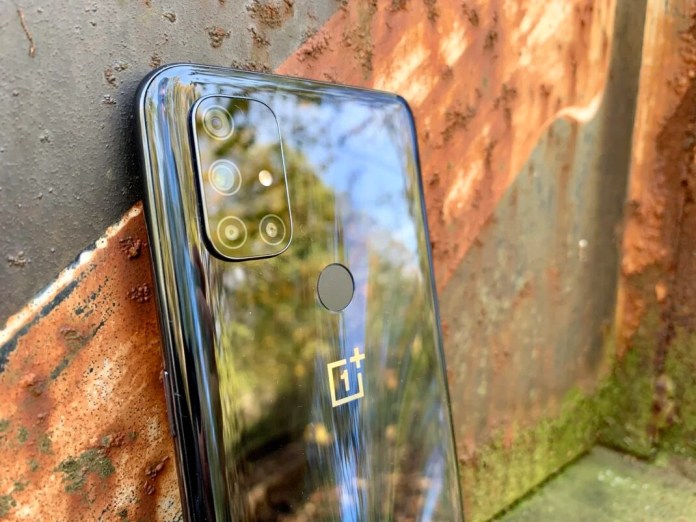 The OnePlus Nord was a real price-performance hit: 90 Hertz AMOLED screen, Snapdragon 765G and 5G support at a price of 400 euros are unbeaten to this day. OnePlus is now expanding the Nord series with two more smartphones. As the name suggests, the OnePlus Nord N10 5G also supports the new cellular standard, but relies on a weaker Snapdragon 690 processor. The display has also been saved and an IPS panel has been installed instead of the more expensive AMOLED technology. We tested the OnePlus Nord N10 5G.

The first impression of the OnePlus Nord N10 5G

In addition to the smartphone, the box also contains a 30 watt power supply and a USB-A to USB-C charging cable. In contrast to other Chinese manufacturers such as Xiaomi or Oppo, OnePlus does without a case.

There is nothing wrong with the workmanship. The smartphone’s side buttons have a fixed pressure point and we did not notice any defects in workmanship.

OnePlus has saved on the display

The display of the OnePlus Nord N10 5G measures 6.49 inches and offers a resolution of 2,400 x 1,080 pixels. The frames are kept narrow and only show something on the underside. The front camera is inconspicuously housed in a small hole in the edge of the display.

Instead of AMOLED, the OnePlus Nord N10 5G has to get by with an IPS screen without HDR10 support. However, the resolution is sharp enough and the colors are realistic. Only the brightness is too low. There is no always-on display or a notification LED. Unfortunately, OnePlus has waived Widevine L1 certification for the Nord N10. Despite the full HD display, films on Netflix and Co. can only be streamed and downloaded with a maximum of 720p.

The new Snapdragon 690 doesn’t have to hide in terms of performance. With an Antutu score of 278,814, the OnePlus Nord N10 5G is only around 33,000 points behind the OnePlus Nord. Together with a full 6 gigabytes of RAM, the smartphone can convince us with a good performance in the test. Large apps and games also start quickly and run smoothly. In the near future, you shouldn’t reach your limits so quickly with this equipment. Wouldn’t that be a problem.

OnePlus Nord N10 5G only gets one update

Android 10 is used on the OnePlus Nord N10 5G along with its own Oxygen OS 10.5.5 interface. Outwardly, it is designed for pure Android, but has a few additional features and accelerated animations.

Unfortunately, we noticed some problems in the software during the test. In some cases, gestures are not recognized and some apps only start in reduced mode without using the entire screen length. However, the corresponding apps are not displayed in the associated settings, which means that the problem cannot be solved by the user. My colleague Michael can report similar problems with his OnePlus 8 Pro. OnePlus urgently needs to make improvements here.

It is not at all comprehensible and unusual in this price range that there should only be a single Android update for the OnePlus Nord N10 5G. After the update to Android 11, there should be security updates at irregular intervals for two years and nothing else. Head of Strategy Europe Manager Tuomas Lampen was able to confirm this fact in an interview.

Features of the OnePlus Nord N10 5G in the test

The rest of the equipment is partly better than the “original” OnePlus Nord, but offers fewer options. You now have a whopping 128 gigabytes of memory available, which can also be expanded using a microSD card. In doing so, however, you lose the possibility of using a second SIM card.

The 5G bands N1 and N78, which are relevant in Germany, are both supported. mmWave frequencies cannot be used with the OnePlus Nord N10 5G, but they will not be available in Germany in the coming years anyway. With LTE, only the 32 band is missing, which is used by Telekom and Vodafone in areas with high network load in order to expand the network capacity.

Strangely enough, WLAN is only supported in the older WiFi 5 standard, although the built-in chip should actually enable Wi-Fi 6. However, Bluetooth 5.1 and NFC are on board. There is even a classic 3.5 millimeter jack connection.

The hardware rating in detail:

Tried the camera of the OnePlus Nord N10 5G

The 64 megapixel main camera of the OnePlus Nord N10 5G takes good photos with high sharpness and realistic colors during the day. At night, the photos on the small smartphone display still look good, but they are no longer convincing on larger display surfaces. An ultra-wide-angle camera with 8 megapixels is also available. A macro camera and a depth sensor with two megapixels each serve as a gap filler to get to the quad camera. A 16 megapixel camera for selfies is available on the front.

The cameras at a glance:

The 4,300 mAh battery has a slightly higher capacity than the “original” OnePlus Nord. Due to the increased consumption of the IPS display, the smartphone still has approximately the same battery life. The OnePlus Nord N10 5G is no runtime miracle, but it gets you through the day effortlessly. Charging is very quick with the proprietary Warp-Charge standard and the supplied charger. The empty battery is 80 percent full again in a little under 40 minutes. A full charge takes a little less than an hour.

The latter is a major criticism of the OnePlus Nord N10 5G, which makes it impossible to recommend the smartphone. Of course, many smartphone manufacturers have a lot to improve in the area of ​​updates. But as a manufacturer to announce immediately after the market launch that there will only be a single update to the already released Android 11 and that security updates will appear irregularly for two years is a real cheek. OnePlus is sending the wrong message here when it comes to the sustainability and longevity of smartphones. And that is absolutely atypical. Because so far OnePlus has been one of the model students in this area.

Xiaomi, for example, has equipped the two-year-old Redmi 6 Pro smartphone with the current MIUI 12 and continues to provide the smartphone with security updates. You don’t make promises here, but still deliver. Samsung is making it even more transparent and has announced that it will provide the Galaxy A51, which costs 369 euros, and all more expensive smartphones with updates for a full 3 years. 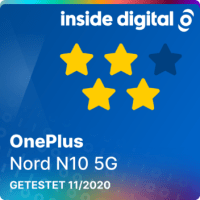 As already mentioned, the “original” OnePlus Nord is the most obvious alternative. The smartphone costs only 30 euros more, is equipped with a 90 Hertz AMOLED screen and offers a few other advantages. There is an always-on display, a better processor, more supported LTE bands and a longer update supply.

If you value a good camera more than the fast frame rate, you should take a closer look at the Samsung Galaxy A71. The smartphone also comes with a 64 megapixel main camera, which was able to convince us in the test even with night shots. In addition, the ultra-wide-angle camera and the macro camera are much more potent. However, you have to do without 5G with this smartphone.

If 5G is already important to you, the Xiaomi Mi 10T Lite could also be the right smartphone for you. This has a 120 Hertz IPS display and the currently best mid-range processor Snapdragon 765G with the named 5G support.

Herd immunity: How many Austrians willing to vaccinate are really …

Pennsylvania also confirms the result of the US presidential election