Apologizing is not always easy, no matter whether in a private environment or on the big political stage – it means admitting mistakes. In the production “How to excuse” (How to apologize), children show how it’s done. Theaters are currently closed, but culture can still be enjoyed in many places these days. The play, directed by Bastian Sistig, can be seen online from Wednesday, December 3, 6 p.m.

In order to bring theater and performance to the people, the studioNaxos goes the way of streaming. Even before Corona, there was a surge in digitization in the performing arts, says Simon Möllendorf, one of the artistic directors at studioNaxos. “What do the technological possibilities do with the theater, which also lives from telling a story with limited means?” Is one of the central thoughts.

In 2014 the studioNaxos was created from a union of students from the Hessian Theater Academy. As an independent theater, managed by the artists, it brings contemporary positions from theater, performance, music, installation and dance to the stage and is committed to the expansion of the Naxoshalle at Waldschmidtstraße 19 as a culturally used industrial monument. Despite the Corona crisis, new productions should continue to be tackled, taking protective measures into account, Möllendorf said. Rehearsals also took place during the first lockdown. There was the premiere of a new production in July. “The premiere of ‘Extreme Love in the Living Room at World’s End’ became the studioNAXOS stream premiere.” Everything that has failed this year must be postponed to the coming year. This is a challenge.

The premiere of the piece “How to excuse” was in Berlin in December 2019. The premiere in the Main metropolis was originally planned for April 3, 2020. Because of the new restrictions, the decision was made to have a digital premiere in Frankfurt, says director Bastian Sistig.

Correct words and gestures were missing

The idea behind the production came about after he himself was once in a very complicated situation in which he was looking for the right way to apologize. He noticed that he was missing the right words, the right gesture. “Since then, the question of how you can best apologize for what has never left me,” he says. Apologizing is actually a very theatrical process.

Sistig began to concern himself with the question of the extent to which apologizing could function as social cohesion in a world full of guilt. And he wondered what would happen if culprits from all ages gathered together and began to face their responsibilities, or when history had turned out differently.

Six children and young people, who are the focus of the production, play selected historical and current personalities. “In our eyes, the world desperately needs their apologies,” says Sistig. Among other things, the play asks questions about responsibility, consistency and also about representation in the sense of whether someone can even apologize for someone else.

Sistig describes the young actors as smart, witty, efficient and calculated. “You are guilty, you take responsibility and that especially on points that you cannot concern.” From excuse classics like “I’m sorry I didn’t clear the dishwasher” to “I’m sorry I left my wife with the children” to very complicated excuses for land occupation and evictions. something there.

The children were also co-authors. Numerous excuses for the evening came from the young actors. The director does not want to reveal any further details. Alexandra Flieth

The play can be seen on the stream from December 3 to 6 at 10 p.m. Further information at www.studionaxos.de/programm

Partial closure of Terminal I: Large-scale operation at Frankfurt Airport: man in psychiatry

After the incident at the airport, the suspect arrives in psychiatry hessenschau.de 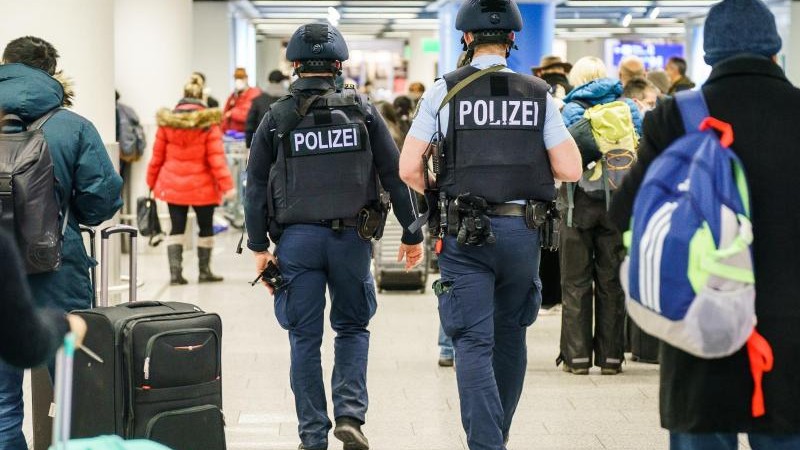 Emergencies – Frankfurt am Main – Incident at the airport: Suspect arrives in psychiatry – Panorama

Most of the mask grouches are out and about here in...

The Last of Us 2: Was Game Director Neil Druckmann Wrongly...

Corona ticker: One billion dollars for vaccinations in developing countries