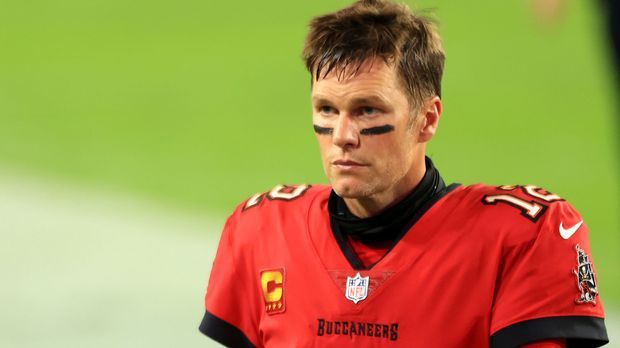 Munich / Tampa Bay – The giants duel between Tom Brady and Patrick Mahomes has a clear winner – at least if you look at the bare numbers. The Kansas City Chiefs’ quarterback threw three touchdowns for 462 yards in the 27:24 win over Tampa Bay, and was in absolute gala form, especially in the first quarter.

Brady also had three touchdowns and 345 yards, but he underwent two decisive interceptions. The second failed attempt as a symbol: Brady’s throw unluckily hits the helmet of an opponent and is intercepted.

It is the Tampa Bay Buccaneers’ fifth loss in their twelfth game. The “Bucs” always lose out against teams with higher rankings. The dream of the Super Bowl in your own stadium is shaky. But most of all, Brady has to touch his own nose.

The quarterback stands in his own way – not just on the court. In addition to his eleven (!!!) thrown interceptions in the current season, he keeps making headlines that can be avoided.

Brady presented himself at the press conference after the game against Kansas City, but left it after two and a half minutes. The background was a question from “ESPN” journalist Jenna Laine about head coach Bruce Arians. “A former team-mate thinks you need a new coach. What do you think?” She was referring to Rob Ninkovich, a former linebacker for the New England Patriots.

The quarterback answered the question politely: “Of course there will be dissenting votes from outside when you lose. We have to live with that. I love the entire organization – including the coaches. I just have to play better in the last four weeks.” Nevertheless, he had had enough and turned his back on the PK prematurely.

“I haven’t even thought about it and I don’t see any reason why I shouldn’t shake hands with him. It’s not a big deal for me,” Brady said of the incident. Nevertheless, the events were repeated: Jared Goff (Los Angeles Rams) also had to wait in vain for a handshake in the past week. “Coincidentally” they both defeated the Buccaneers.

With this sequence of short-circuit reactions, Brady paints an unhappy public image. He turns out to be a bad loser. It is understandable that he reacted annoyed after three defeats in the last four games and the ongoing coaching discussions. But there is a different way to lose in style – with his experience he really doesn’t need that.

Everything else in there

And above all, Tampa Bay has not lost anything despite the three bankruptcies from the last four games. As of now they are in second place in their division and would fight in the NFC Wild Card Round against the Seattle Seahawks for a place in the divisional playoffs.

No reason to play the “insulted liver sausage”. Brady should deliver on the pitch instead of sulking. With eleven interceptions, he is only tied for 29th place this season and is well on the way to breaking his negative record (14 interceptions). With a quarterback rating of 69.7, Brady is only in the midfield. The impressive win against the Green Bay Packers (38:10) showed that things can be different.

Achievements that need to be linked if he wants to realize the dream of the Super Bowl in his own stadium.

Sports news: Tiger Woods had to undergo another back operation

Australian Open – Kerber on quarantine in hotel room: “Can’t expect much from the start of the season”

Off to Southeast Asia – WEF move as good as decided

Captains around Uwe Gensheimer demand a world championship without spectators

Mark Uth was allowed to leave the hospital and receives intensive...