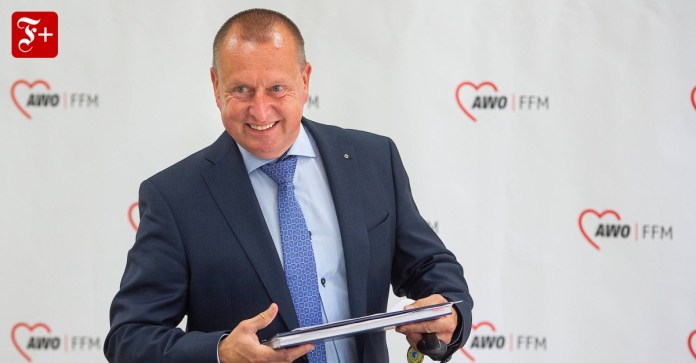 IAt the moment when Judge Silke Kohlschitter played her recording device in the labor court at 1.30 p.m. and Awo lawyer Norbert Pflüger nods in her direction and says “approved”, Awo CEO Steffen Krollmann looks rather pained. Kohlschitter has just played the comparison formulation dictated into the device, with which the Frankfurt District Association of Workers’ Welfare is parting with its former deputy managing director Jasmin Kasperkowitz. According to this, the employment relationship with her ends on December 31, 2020, she also receives severance payments of 70,000 euros and a certificate with top marks, and she must be paid according to the most recently valid conditions. Kasperkowitz, who was part of the management team under the controversial former managing director Jürgen Richter, received around 14,000 euros a month as deputy managing director, according to Awo. Her contract, which was still being worked out under the old leadership, would not have expired until 2024.

“That is not my desired result,” said Krollmann after the FAZ negotiation. It was “good on an analytical level, but really difficult emotionally,” continues Krollmann. Failure in court would have cost Awo dearly in view of the salary that Kasperkowitz received. This also applies to the settlement offer by the lawyer of the former deputy managing director – according to which Awo would have had to pay the salary by the end of 2021. His client was always ready to talk and regretted the events very much. From today’s perspective, she would certainly do some things differently, and she had expressed her regret about her behavior in a letter to the Presidium, among other things.

Cornejo loses the overall lead due to a fall

Crisis in the Premier League: Liverpool FC pumped out – sport

Snow: police stop madness and are shocked – the craziest driver...