Because of the corona pandemic, there should be no New Year’s Eve fireworks this year. For the pyrotechnics industry that would be the worst: Thousands of jobs are threatened.

In view of the planned firework ban for New Year’s Eve, the fireworks industry is sounding the alarm: The entire industry is threatened with extinction, up to 3,000 jobs could be permanently lost if no rockets and firecrackers are to be sold this year.

“We make more than 90 percent of the annual turnover on the last three days around New Year’s Eve,” said Klaus Gotzen, managing director of the Association of the Pyrotechnic Industry (VPI), t-online. Specifically, it is about a sum of 122 million euros, which the fireworks industry last implemented on New Years Eve.

“Without the New Year’s Eve business, the fireworks industry is threatened with extinction. There may never be fireworks in Germany again,” said Gotzen. The reason: “Pyrotechnics would no longer have to be produced or imported because the stores remained full. In contrast to other industries, we would have nothing to do for a year. Nobody can afford that.”

Countries are considering banning fireworks due to Corona

To make matters worse, many companies had already concluded and pre-financed supply contracts long before the Corona crisis. The industry is therefore threatened with financial collapse.

The background to the warning is the plan of a general ban on fireworks on New Year’s Eve, which was also manifested on Sunday in the resolution proposed by the federal states for the upcoming Prime Minister’s conferences with Chancellor Angela Merkel (CDU). Politicians want to ensure that the hospitals in the corona pandemic are not additionally burdened with patients who injure themselves with fireworks on New Year’s Eve.

Specifically, it says in the draft resolution, which the SPD-led states developed under the chairmanship of Berlin: “At the turn of the year 2020/2021, the sale, purchase and lighting of fireworks are forbidden, in particular to relieve the emergency and auxiliary staff, to keep the capacities of the health system free and to avoid larger groups.”

“The situation is threatening”

Gotzen does not consider this justification to be sensible. “Those who follow the instructions for use can hardly injure themselves with legal fireworks,” he said. In addition, the risk this year is even lower because there are no large crowds and parties where people drink excessive amounts of alcohol. “So what speaks against it, if a small family detonates a rocket from a bottle crate with sufficient distance?” Says Gotzen.

His appeal to politicians: “The situation is very threatening for the industry. We urgently need to talk about whether a total ban on fireworks really makes sense. If it really did so, extensive state aid would be needed – so that it would still be possible in the coming years There are fireworks in Germany. ”

The ban on firecrackers and missiles has been an issue for years. Time and again, politicians from almost all parties, animal rights activists and health experts are calling for a ban on fireworks in private use. A majority of Germans recently expressed their rejection of fireworks in surveys. You can read the pros and cons of the t-online editorial team here.

Ex-head of the US health authority: Coronavirus comes from a laboratory...

Kate and William wish a Merry Christmas from the hay bale 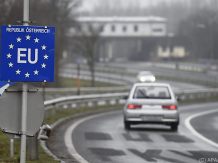 Asylum seekers drop by a third in the EU – Politics...

Never give up | Upper Austrian