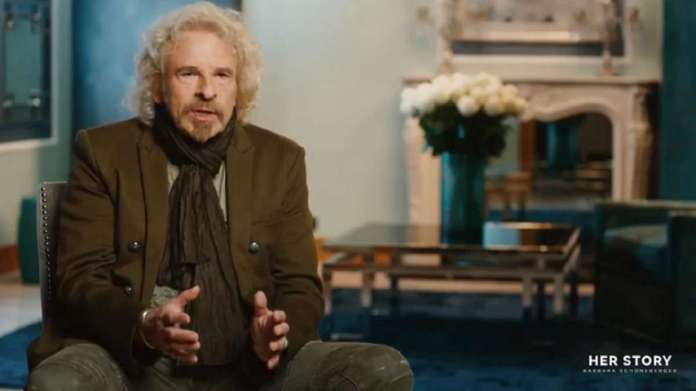 In the Sky documentary series “Her Story”, Barbara Schöneberger chatted about her private life. Colleagues like Thomas Gottschalk also had their say. He didn’t have all good things to say about her.

Munich – About the private person Barbara Schöneberger is known next to nothing. The TV presenter and publisher of her women’s magazine of the same name, “Barbara”, hardly gives any insight into her life far away from show business. Until now. In the new Sky documentary series “Her Story” she chatted for the first time from the sewing box. Colleagues were also allowed to talk about the blonde whirlwind. One who, however, had more than just praise for her was Thomas Gottschalk. He did a very honest one confession.

For a year, the team of the documentary series was allowed to follow the Munich-born woman at every turn. They not only filmed them where they are known – when filming in the TV studio – but also in their own surroundings. Whether in their own chicken coop in their home in Berlin or on a hike with their parents, the audience got to know them for the first time private side from Schöneberger. It became particularly exciting, however, when those who knew her particularly well had their say. Colleagues with whom she works regularly. So does TV veteran Thomas Gottschalk. Along with Showmaster Günther Jauch the trio is always in the RTL show “Because they don’t know what’s going to happen!” to see.

They are a well-coordinated team there. When Gottschalk and Schöneberger meet, you could never get the idea that it would ever be between the two disagreements would have given. But as Gottschalk now reveals in “Her Story”, he didn’t always think very highly of his colleague. “At first I was very skeptical about Barbara. I didn’t like her that much as a presenter and I didn’t like her at all as a guest“Gives the former “Bet that …?” – Moderator open and honest too. But what exactly didn’t Gottschalk like about her?

Thomas Gottschalk didn’t like her jitteriness about Barbara Schöneberger

Your alleged Hibbeligkeit and Hyperbole made her unsympathetic to Gottschalk. “There was a lot of unrest,” he remembers Schöneberger. Within a very short time, she wanted to take the space in the talk show “Blondes Gift”, which she moderated and which was broadcast from 2001 to 2005, the entertainer continued, and threw out one gag after the other. In the meantime, however, the 46-year-old has also learned to take back a bit, the experienced show bunny knows. “Now she has a sovereignty and lets others live too“, So Gottschalk about his colleague.

In contrast to Gottschalk has Moderator Hubertus Meyer-Burckhardt, with whom Schöneberger regularly runs the “NDR Talkshow“Moderated, a real compliment among colleagues for her:” Here God really felt like it again and said, here we are making a woman who is number one among the entertainers for her generation. ” “Hard worker”, as she describes herself, certainly pleased. (jbr)

Six minutes of gameplay on PS4 Pro and PS5