SK Rapid Wien against FK Austria Wien ends with 1: 1. All votes for the game on Sky Sport Austria.

Dietmar Kühbauer (trainer SK Rapid Vienna):
… About the game: “We didn’t score the necessary goals. Maybe Austria was still a bit involved in the first half, but we already had a lot of opportunities there. Unfortunately, we failed to evaluate our chances. ”

… About FAK goalie Pentz: “That’s what a goalie is for. Of course she saved that day. I don’t know how many parades he had. The Austria premium should belong to Pentz today, he did well. But if we had been a little more precise, he would not have been able to save any more. ”

… about Ercan Kara: “He has to tick this game, he usually scores.”

… About the dispute between Torsten Schick and Taxiarchis Fountas: “I don’t care what happened, we talk about that in the cabin. That was okay in my time, not anymore. ”

… before the game: “It’s a derby. We know that there are laws of our own. The table situation has nothing to do with it. ”

Thorsten Schick (SK Rapid Vienna):
… after the game: “A lucky point for Austria. We had so many chances to score today, we only failed because of ourselves. From the very first minute you saw that we were the master of this stadium. We were the better team and had one chance after another. Somehow it just didn’t want to be today. (…) I have to be a little careful what I say now. Not winning this game is unbelievable – it hurts a lot. ”

… About his goal: “With the left it’s always a hop or a drop. Nice that I met him. But I can’t buy anything from that. I would have preferred none if we had won the game. ”

… When asked about the verbal battle with fellow player Taxiarchis Fountas: “A brief difference of opinion. I have to go to the cabin first, maybe it will take longer. (…) We’ll discuss that inside. It wasn’t clever of me on the field. I’m old enough that this shouldn’t happen to me. You can discuss things in the dressing room, it doesn’t belong on the field. I apologize for this – but there is still a lot to talk about in the dressing room. ”

Peter Stöger (Trainer FK Austria Vienna):
… When asked whether the point today was a felt victory: “It’s a lucky point, but not a felt victory. We love to take it with us. With the Pentzi (note: Patrick Pentz) we had the outstanding man in the stadium, he also kept the point for us. (…) In the first half we sold well, in the second half we had little to counter. On the one hand it was due to the appearance of Rapid, on the other hand the fact that we couldn’t prevail, couldn’t claim any balls and then no longer had any game in depth and thus no longer had any relief. (…) Rapid were certainly the better team, definitely for a large part of the season. ”

… before the game: “Of course it’s a very important game, there is no discussion. For us, a derby win would be something like a real breakout. ”

… in the video about his future at FAK: “We will decide together what makes sense on the road. During the time I was back in Vienna, I had enough inquiries and I’m still here. I have a contract until summer. ”

Markus Suttner (FK Austria Vienna):
… after the game: “The Pentzi saved us the point.”

Patrick Pentz (FK Austria Wien):
… after the game: “Rapid was definitely closer to victory than we were. They might even have earned the goal in the second half. But all in all we have to be satisfied with the point. ”

… When asked about his performance: “It was okay with me. I try to give the team strong support. If it happens in the Vienna Derby, then I’m all the more happy. But we need points, so wins. So the point doesn’t do us much good today either. ”

… Before the game: “Rapid is the favorite. From the first minute you will see a Rapid who is willing to defeat a great opponent in Vienna, namely Austria, with kettledrums and trumpets. ”

Hans Krankl (Sky Expert):
… after the game: “A missed win for Rapid. A great Austria goalie. Austria can count itself very, very lucky with one point. ”

… about Patrick Pentz: “The man who kept Austria in the game.”

Post employee finds notes with a strange request in the mailbox

Donald Trump and the power struggle in the US: his last... 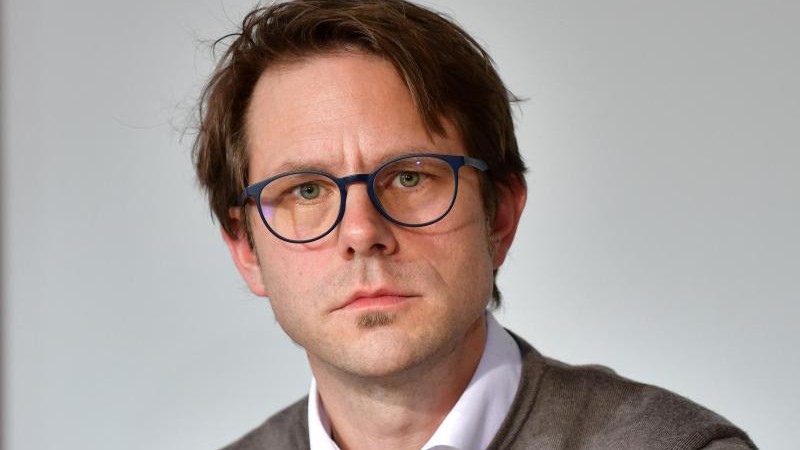 Work – Frankfurt am Main – DGB: Companies have to implement...