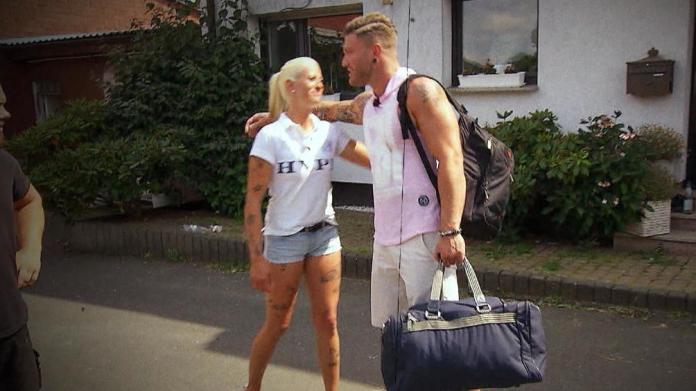 “Bauer sucht Frau” was not the first time Till Adam took part in a reality format. Therefore, the Kieler had to put up with numerous accusations that he was only aiming for the fame there. In addition to his ex-fiancée Hanna and his “Temptation Island” colleague Eugen, it was also organic farmer Denise who doubted the sincerity of his participation in the show. The end is known: Till had to go. However, he cannot understand these reasons at all and expresses his very own views on his expulsion in the video – with a swipe at Denise.

Till criticizes Denise in his statement

“It just didn’t work out,” says Till very diplomatically in his exclusive statement. If he then wishes his farmer Denise a lot of success in finding the right partner, it could almost sound like a forgiving farewell to Till from this year’s season of “Bauer sucht Frau”. Could! Because what Till Denise says with a smile also contains critical tones about the organic farmer.

The lifeguard from Kiel is certain: It shouldn’t have worked – because of you. But it doesn’t seem as if Till is mourning this missed chance for great love. Whether he actually only took part in the show to show himself on TV, the wishes to Denise are sincere or he tries to hide an injured ego in this way, only Till knows that. His statement, which you can see in the video above at least one can conclude that the last word has not yet been spoken here.

In the video: Tills ex Hanna about his BSF participation

“Bauer sucht Frau” on TV and on TVNOW

GOLD – The detour is the goal

Slalom men happy about the race in Flachau

Proceedings against Trump: procedure and special features of impeachment

Since voting out: Donald Trump loses thousands of followers on Twitter...