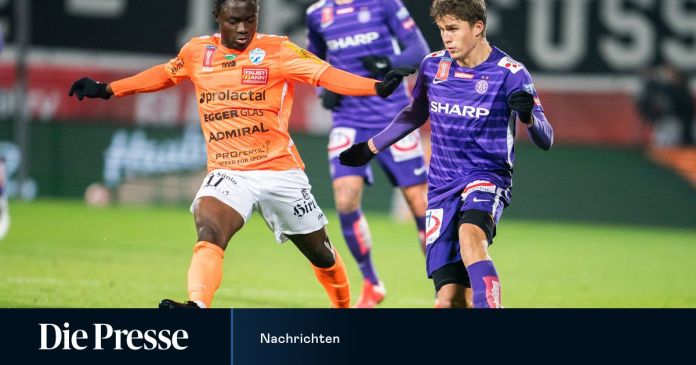 Austria Wien is in the quarter finals of the ÖFB Cup. The favorites celebrated a 5-3 home win against Hartberg. Three weeks ago, Austria lost 2-1 to Styrians in the league.

The goals for the hosts were scored by captain Alexander Grünwald (12th), Stephan Zwierschitz (17th), Benedikt Pichler (41st), Manprit Sarkaria (49th) and Dominik Fitz (65th). The goals for the Styrians came from Dario Tadic (57th), the ex-Austrian Sascha Horvath (81st) and Seifedin Chabbi (84th / Foulelfer), who hit the bar with another penalty in the 91st minute. It was the first competitive success for Austria after the last four league games without a win (two draws).

The Stöger-Elf had their first top chance shortly after kick-off, but Aleksandar Jukic chased Pichler’s penalty area pass into the clouds (2nd). Ten minutes later, a nice action and an assist from Jukic led to the deserved 1-0 through Grünwald. The Hartberg defense also looked bad at 2-0, which meant that the criminally neglected Zwierschitz was successful after his shot, initially blocked by goalkeeper Rene Swete.

The best Hartberg opportunity before the break missed Tadic, who failed because of goalie Patrick Pentz (36th). Shortly before, the Styrian striker was held in the penalty area by Grünwald and fell, but Referee Stefan Ebner’s whistle remained silent (34th). The 3-0 was reminiscent of the second goal, because Pichler was also able to dust off after his own shot because the Hartberg defense was asleep again.

Even after the change, Austria stayed on the trigger: After Chip von Fitz, Sarkaria slammed the ball into the Kreuzeck in a remarkable manner. A positional error enabled Tadic to score the first guest goal before Fitz scored to 5-1 after Sarkaria’s preliminary work. Hartberg did not resign despite this clear residue and came through a perfect flick from Horvath and a transformed Foulelfer from Chabbi to two hits in the finish. Chabbi then skipped another penalty – wrongly imposed by Referee Ebner – in stoppage time. 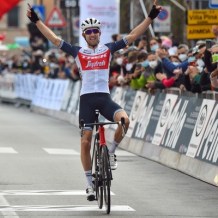 Mollema storms to second win of the season with Super Tuck

“The maximum in every race”: Schumi is and remains the best...

“Ultimately, it’s about the trophies”

Flensburg and the Corona mutation: Harbinger for all of Germany? ...

Several injured: aircraft parts fall from the sky in the USA...