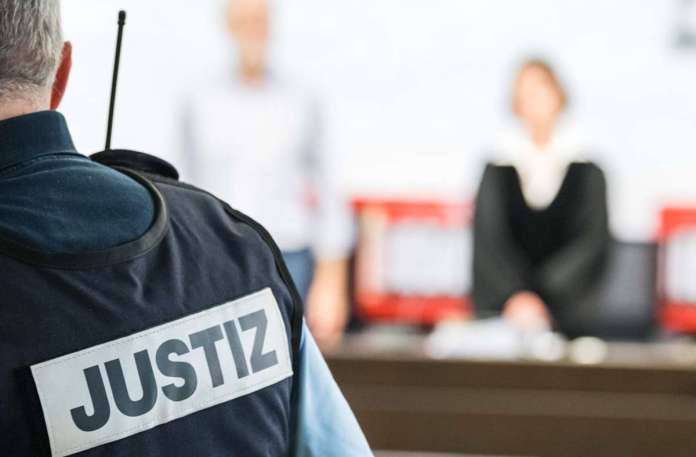 A 53-year-old man confessed to the Stuttgart Regional Court that he had killed and buried his ex-brother-in-law. The motif seems strange.

Stuttgart – He was like a brother to him, there is no excuse for what he did, the defendant lets his defense attorney present before the 19th criminal division of the regional court. He killed his former brother-in-law. And, according to him, only because the victim is said to have spoken badly about the family of the accused.

Chief Public Prosecutor Matthias Schweitzer accuses the man from Bad Cannstatt of an insidious murder. The 53-year-old checked his sister’s ex-husband in front of his apartment in Weilimdorf early in the morning on May 22nd of this year, knocked him down there, tied him up with tape and gagged him, and then took him to a garden plot on the border between Zazenhausen and Freiberg drove. There, the accused hit the 45-year-old twice on the head – with an unknown object. First he left the body to return later and bury the body. Three days later, the 53-year-old presented himself to the police headquarters on the Pragsattel and told the officers where the body had been found. The chief prosecutor says nothing about the motive.

Sat next to the corpse for an hour

On the first day of the trial, the man had his defense attorney Marc-Aurel Walter report that he had never intended to kill his youngest sister’s former husband. He was in regular contact with the 45-year-old, even after his sister separated from him. That morning he drove to the ex-brother-in-law’s house to put 70 euros, which he owed him, in his mailbox. They met there by chance. They went to the garden spontaneously to exchange tools. On the way there, the 45-year-old had cursed the defendant’s family. The man stumbled in the garden. The defendant was “on top of him” and tied him up with tape. Because the victim continued to scold and lie, he took a piece of wood and hit the 45-year-old twice on the head. Then he sat crying next to the body for an hour before burying it later.

The process, during which there will still be a lot to discuss, is scheduled for January 18th.

Endocrinologists give recommendations for taking vitamin D in the …

The new Echo Show 10 is now available for pre-order

Dispute between USA and Germany before escalation

How do politicians actually do their hairstyle in lockdown? –...