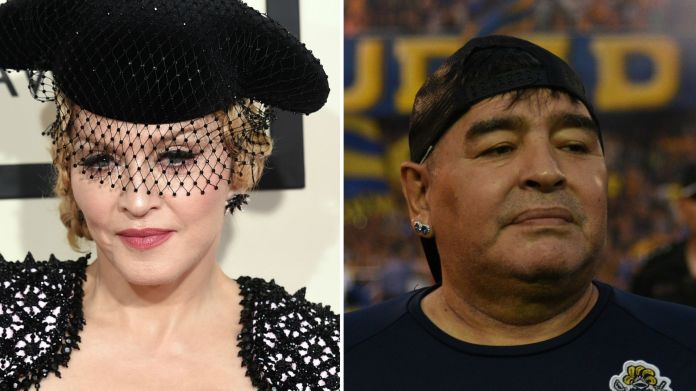 After Diego Maradona (✝60) died, some fans got a little confused. The Argentine soccer star died a few days ago after struggling with health problems beforehand. After his death, colleagues, companions and fans all over the world said goodbye – but a few people made an unpleasant mix-up: They thought singer Madonna (62) was dead – and not Maradona!

Because the names of the two celebrities are obviously similar, some users understood – or rather: misunderstood – that the pop icon had died. So they paid tribute to the supposedly deceased online. “Rest in peace, Madonna. You will be in our hearts forever. Legend”, wrote a fan, for example Twitter. However, the misunderstanding soon became apparent and within a short period of time, network posts that drew attention to the unknowingly written fake reports increased.

Something similar happened to Hubert Fella (52). The reality TV star wanted to commemorate the late comedian Karl Dall (✝79) online – but took the wrong snapshot in his virtual photo album: he posted a recording with actor Dieter Hallervorden (85). “I’m so sorry about that. I signed up to Instagram yesterday Dieter Hallervorden sorry and I hope he accepts the apology too. I’m really so sorry! “he explained after his faux pas Promiflash.

Update 33 with two new cave environments will be released in...

After the mayor election in Stuttgart: This is how the handover...

PCR tests after another corona outbreak in the ski area

Plan view and ARM support for macOS: Onlyoffice 6.1 is here