Would you like a new smartphone update? Numerous important mobile phone manufacturers in this country have again made new firmware updates available or promised in the past few days. In addition to Apple (iOS 14.2.1) Huawei and Samsung, there is again extensive update material from OnePlus. And Xiaomi has also announced that it will provide 28 smartphones with an extensive update in the not too distant future. Five current Sony smartphones are also part of a new wave of firmware updates. But first things first. We’ll give you an overview of the latest software updates over the past few days.

We’d like to start this week with OnePlus. Because the Chinese manufacturer has conjured up an update out of the hat for (almost) all currently noteworthy models in-house. For example for the OnePlus Nord N100, which is now based on OxygenOS 10.5.3. Improvements: An optimized interaction with various apps, a generally optimized system stability and also more stable network connections in different cellular networks.

There have been two updates for the OnePlus 8T in the recent past. OxygenOS 11.0.5.5 was followed by OxygenOS 11.0.5.6 just a few days later. Better camera performance, a eliminated NFC error, improved stability during phone calls, a battery that heats up less quickly and the associated improved battery life are just some of the improvements made with the updates.

Updated in the OnePlus 7 series: the OnePlus 7T to version OxygenOS 10.0.15 and the OnePlus 7 or OnePlus 7 Pro to OxygenOS 10.0.10. All three devices receive the November patch for Android equally. In addition, the updates for these cell phones include an improvement to the call screen, which under certain circumstances could quickly lead to incorrect contact.

And even for the OnePlus 6T and OnePlus 6 from 2018 there is a new firmware: OxygenOS 10.3.7. The Android patch for November is included in this update as well as various gaming feature enhancements. For example, a quick reply function for WhatsApp in game mode. In some cases it could also happen that a screenshot was not created as desired. After the latest software update, this problem should no longer occur.

The OnePlus sister brand Realme announced an update for the Realme 7 Pro. If you take photos with the camera in night mode, you should benefit from better image quality as well as when using the front camera. A problem that could occur when using the voice recorder has also been resolved.

The Realme 6 Pro has meanwhile received an update to the October patch level from Android. A number of minor bugs have also been fixed. And the smartphone was subsequently given a so-called power saving mode so that you can noticeably conserve the cell phone’s battery if necessary.

The November patch for Android is already available for the Realme 5 Pro. And this update also fixes minor bugs such as annoying display flickering that sometimes occurs when calling up the smartphone gallery.

Oppo users can also look forward to a firmware update. For example if you use the Oppo Reno4 Pro 5G or the Oppo Reno 4 5G. On board are not only optimizations for network connections, but also the Android patch of the month of November.

The fourth BBK brand – and only officially launched in Germany a few weeks ago – is Vivo. It already seems clear: Even at Vivo, a clear update policy is very important. Vivo has now announced an update to Android 11 for the first models. It starts these days with the Vivo X51 5G, followed by the Vivo X70 and Vivo Y20s models.

It has been a little quieter around Samsung in the past two weeks. But this is not surprising. Because Samsung is usually much more active in terms of smartphone updates at the beginning of the month than at the end of a month. Accordingly, the November patches are already available for many current Samsung cell phones. And the December patch should also be available shortly for the first flagships. In addition, Samsung recently surprised some older smartphones with new firmware.

The latest update news is also available from two newer smartphone models. Both the Samsung Galaxy A70 and Samsung Galaxy A50s are getting an update to One UI 2.5 these days. And that has a noticeable effect on your user experience with the phones. Because on the basis of One UI 2.5 you can use a pro video mode. With countless manual setting options. Also new: the ability to shoot videos in 21: 9 format. You can also set which microphones on the smartphone should record the sound. A new note-taking app is also part of One UI 2.5, in which you can also add audio recordings.

The most important message from Huawei during the past few days: 14 smartphone models are to receive a big update to EMUI 11. In addition, there have been a large number of smaller updates that had the October patch for the Android operating system on board. For example for the models Mate 30 Pro, Mate 20, Mate Xs, P40 Lite and P40 Lite 5G, P30 Pro New Edition, P30, P smart 2019 or Nova 5T. Already a bit older: the Huawei Mate 10. And this smartphone will receive an update to the September patch level these days.

In countries where EMUI 11 is already available for the Huawei Mate 40 series, the Chinese manufacturer has also rolled out an update that cleans up elsewhere. According to HuaweiCentral, it eliminates sound problems that could occur in some smartphone games. It is quite likely that sooner or later this update will also find its way to Germany.

No longer part of the Huwei family: Honor. The smartphone brand was sold, but this has not (yet) had any effect on the update policy. At this point we can announce, among other things, that various smartphone models will receive an update including an October patch for Android. For example the Honor 20, Honor 20s and Honor 20 Pro as well as Honor View 20. The Honor 9A will also receive a corresponding update these days. Meanwhile, users of the Honor 9X and Honor 9X Pro are allowed to install the November patch in the first countries. Germany should soon follow suit.

And there is also news from Sony. Namely to the Android 11 update schedule. For five models, the Japanese electronics company has revealed when you can expect an update to Android 11. The Xperia 1 II will receive an update to Google’s current Android version later this year. The two models Xperia 5 II and Xperia 10 II will follow at the end of January next year, before the Xperia 1 and Xperia 5 continue in February.

At the beginning of 2021, Microsoft also wants to score points again with a smartphone in Germany. Then you should be able to buy the dual-screen mobile phone Surface Duo in this country. In November there was an update for the phone, which, in addition to the current Android patch, also improves camera performance. According to Microsoft, the touch stability of the screen has also been optimized.

These are the latest smartphone updates from Samsung, Huawei and Co.

“Mars Mole” must complete its mission

Asus Chromebox without fan and with 16 GB of RAM

Developers explain the history of the action role-playing game

Tesla driver wanted more range: Then he has a brilliant idea

GTA Online: the biggest update yet! It’s inside … 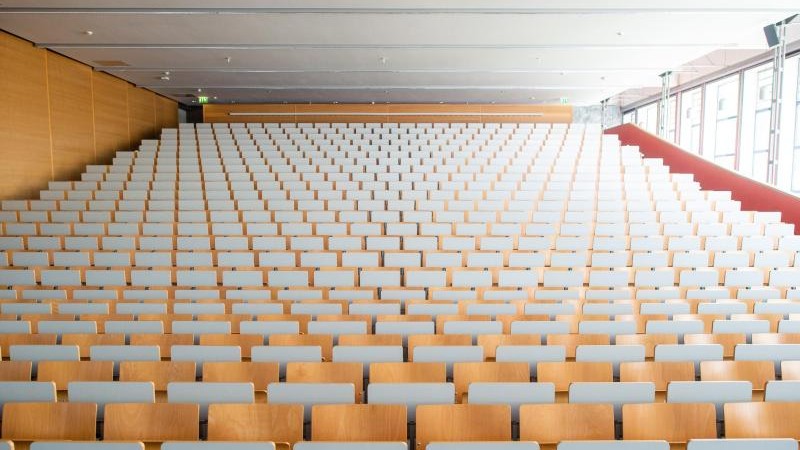 How Lidl is putting pressure on Aldi with the VAT increase