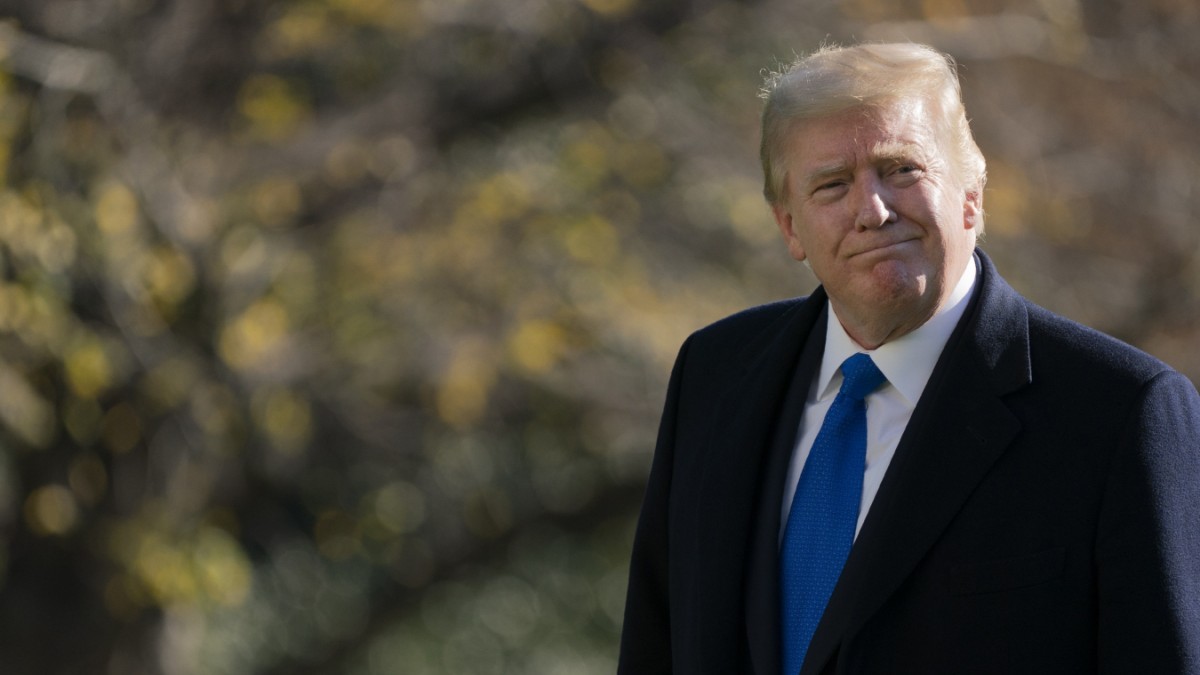 Monday, November 30th, 8:46 am: The outgoing US President Donald Trump has verbally attacked the Republican governor of Georgia. Brian Kemp did “absolutely nothing” to challenge the result of the presidential election in the southern state, Trump complained in an interview with the news channel Fox News. He is ashamed of having supported Kemp’s application for governorship in 2018. Back then, the Republican narrowly prevailed over Democratic candidate Stacey Abrams.

It was the first live television interview that Trump has given since election day. In Georgia, Joe Biden had outstripped the incumbent by around 12,670 votes. This was the first time in almost 30 years that a democratic presidential candidate won the state. Trump makes baseless allegations that illegally cast votes cost him victory in Georgia and other contested states. In a number of countries, however, his legal challenges to the results came to nothing.

In Georgia on January 5th, important runoff elections for the two Senate seats of the southern state are due. The Democrats hope for surprise successes against the two Republican incumbents. If the two Democratic candidates succeed, there would be a tie of 50 to 50 in the Washington Senate. In this case, the future Vice President – Democrat Kamala Harris – decides if there is a stalemate in votes.

Who is in control of the Senate is extremely important. Because the elected President Joe Biden would not be able to get through many of his plans if a Republican-controlled Senate blocked them again and again. The Chamber of Parliament not only has to approve important bills, it also has to confirm personal details, such as those of judges at the Supreme Court or ministers.

Monday, November 30th, 4:55 a.m .: President-elect Joe Biden relies on a team of experienced women for communication in the White House. “Communicating directly and truthfully with the people of America is one of the most important roles of a president,” Biden said on Sunday (US Time).

The prominent role of government spokeswoman is occupied by the Democrat with Jen Psaki – she was, among other things, communications director of the White House and spokeswoman for the State Department under the former Democratic President Barack Obama. Since the election, Psaki had led several briefings with journalists for Biden. She appeared clear and professional. Your deputy in the White House is to be Karine Jean-Pierre, who last worked for the elected Vice President Kamala Harris, as Biden said.

“I’m proud to announce today the first high-level communications team in the White House to feature women only,” said Biden. The “qualified and experienced” candidates bring different approaches and a common will to bring the country forward, said Biden. Harris said, “These communications professionals represent our promise to create a White House that reflects the best of our country.”

Almost at the same time as Biden’s most recent personnel decisions, it became known that Biden had sprained his right ankle while playing with his German Shepherd and suffered small stress fractures in his foot. It can therefore be assumed that the 78-year-old will have to wear a boot-like orthopedic support shoe “for several weeks,” said doctor Kevin O’Connor in a statement made by Biden’s office. So Biden may have to wear it at his planned inauguration on January 20th.

Angela Merkel on coronavirus mutation: “We mustn’t wait until the danger becomes more tangible for us”

Linux can now be used on Macs with an M1 chip

This is what the vaccination plan for Germany looks like

Kapsch TrafficCom with order extensions in South Africa and Poland

The federal and state governments are stepping up: The resolutions against...

The streaming service HBO Max is coming to Europe from 2021

Koeman suffered a minor stroke in May