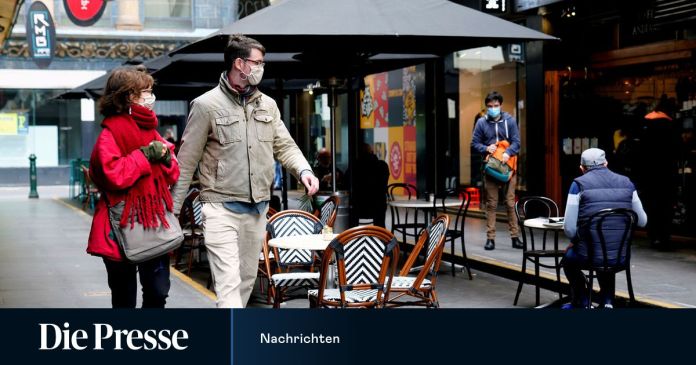 28 days without new cases – then the virus could be declared eradicated, the authorities of the Australian state said. The time had come on Friday morning.

Victoria has had 8,000 active cases in the meantime and was the worst affected state in Australia – but on Friday the Ministry of Health had good news ready: not a single person tested had tested positive for 28 days. A total of 9,828 residents were tested in the 24 hours prior to the announcement. There were also no deaths from Corona.

Health officials said 28 days with no new cases – the equivalent of two incubation periods of 14 days each – means eradication of the virus in the state.

The authorities thanked the population for contributing to this success. The last Covid 19 patient was a man around 90 years old; he was released from the hospital on Monday.

There was an extremely strict lockdown that lasted several months after the state with its capital Melbourne was hit by a second wave. There was a night curfew for weeks, and citizens were only allowed to move within five kilometers of their apartments. The last restrictions were lifted at the end of October.

Since the beginning of the crisis, Australia, where around 25 million people live, has only recorded around 27,800 corona cases.

2-2 against Servette: Zigi saves St. Gallen from the next bankruptcy

Poland and Hungary against the EU: Don’t be sloppy

At the end of January, RTL will issue the “Certificate for...

A final deadline for an agreement by Sunday