A deficit of 1.9 billion euros in the Vienna city budget is forecast for 2021.
© Pixabay.com (Subject)

The coronavirus pandemic is tearing a deep hole in Vienna’s city budget: According to City Councilor for Finance Peter Hanke (SPÖ), the 2021 budget presented on Wednesday shows a deficit of 1.9 billion euros – a record high in the city’s recent history. The additional financial expenses that will be taken up in the coming year to maintain the city’s services on the capital market were described by Hanke as “correct and necessary”.

A zero deficit or even debt repayments were actually planned for this year as well as for 2021 – until the corona crisis came and threw these plans overboard. Because this year too, the budget will not run out of zero. In 2020 the deficit is 1.6 billion euros, as was also announced today.

“Failure to act would be much more expensive”

The Vienna budget is shaped both this year and in the coming years by the measures to combat the coronavirus crisis. Finance City Councilor Hanke expects “investment years” until 2023, then net new debt should be reduced. He is aiming for a consolidation from the double budget 2024/2025.

“At the beginning of the new legislative period, I would of course have wished for different framework conditions for the 2021 budget and for Vienna. But the Corona crisis still determines all the measures that we have to take for Vienna,” said Hanke. And: “The costs of the pandemic are high, but inaction would be much more expensive.”

Before Corona broke out, Vienna was on the right path, regretted the city council today. In 2019, the zero deficit was reached ahead of schedule thanks to a number of positive effects, such as the positive development of the economy or a decline in unemployment. The city is now benefiting from this: “We took advantage of the boom phase, saved money and were able to increase our reserves by 750 million euros to 1.8 billion euros in time for Corona. This moderate management is now helping us to overcome the economic crisis “declared the city council.

2020: minus 1.6 billion euros instead of the planned zero deficit

The current financial situation can be quantified as follows: The negative corona effects combined with the record decline in Austrian economic output of 8 percent also lead to massive shortfalls in income and tax losses nationwide. According to current calculations, Vienna is assuming a slump in income from federal income shares of 780 million euros and in income from city-owned taxes of 200 million euros. The 2020 budget also had an impact on the fact that an additional, non-budgeted 450 million was made available to cushion the effects on the health sector, the labor market and the economy with various measures.

For this year, instead of the planned zero deficit, there will be a minus of 1.6 billion euros, and for the coming year an expected minus of 1.9 billion euros has been calculated. These are negative records. According to APA demand, the 2009/2010 deficit of 1.2 billion euros was the highest negative value in the city’s recent history.

The estimate provides for investments of 2.6 billion euros. According to the city, this is a “record level”. The core magistrate – including the Vienna Health Care Association, Wien Holding and Wiener Wohnen – is increasing its investments by almost 20 percent to 1.7 billion euros. Of this, for example, 399 million euros go to hospitals, 296 million euros for housing subsidies and 110 million euros for educational institutions. In addition, the city is investing in the construction of new schools and kindergartens, in the renovation of the fire stations, and in the construction of the Seybelgasse rescue station.

The topic of climate protection is also in focus. 980.6 million euros are earmarked for measures in this regard. These include expenses for public transport (EUR 811.4 million) or EUR 122.1 million for the promotion of thermal energy renovation of residential buildings and heating systems (EUR 40 million), for climate-friendly lighting (EUR 6.15 million) or for climate roads in 23 districts (11.5 million euros). For projects with the neo-coalition partner NEOS, a three-digit million amount was defined in a joint commitment, for example in the field of education, says Hanke further.

On the way to the economic and financial uphill – “a process of several years” – the city relies on two paths: on a long-term strategy and immediate Covid measures. The strategic goals include securing medical care, jobs and companies, maintaining the “uniqueness” of services of general interest for the Viennese, or providing lean and service-oriented administration for SMEs and EPUs.

From the double budget 2024/2025, the city’s expenditure should no longer exceed the income. “That is an incredibly ambitious goal,” said Hanke. But it can be achieved with determination and budget discipline. The city’s total debt is currently around 7 billion euros. This number does not include the new borrowing for 2020 and 2021.

The budget proposal for 2021 must be approved by the local council. This will be done in a two-day debate on Thursday 10 December and Friday 11 December.

For the first time, a list of the city’s assets is also decided this year. The reason for this is a new presentation of the budget (“3-component budget”). To this end, more than 60,000 plots of land, 3,000 buildings and 42 million square meters of road construction were evaluated over several years. Overall, the asset recording “despite very conservative, cautious valuation” resulted in a balance sheet total of 29.27 billion euros.

>> More news and information on the corona crisis

Corona vaccine: “Vaccines must be as safe as possible” 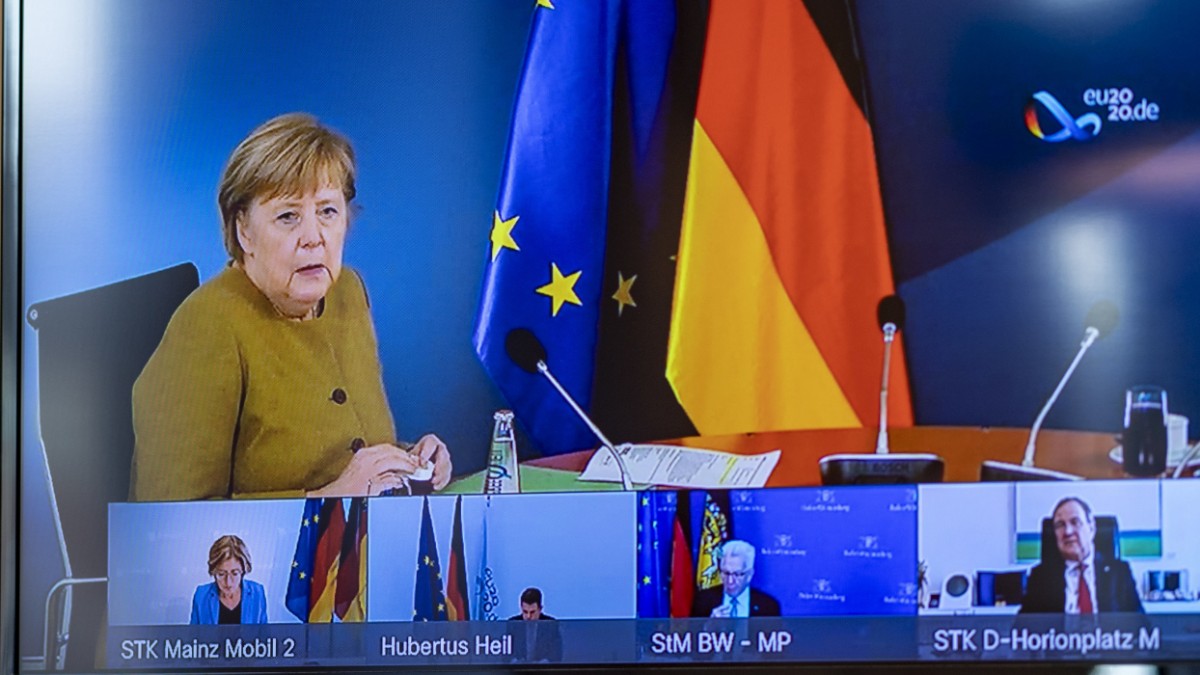 Numbers in Carinthia continue to rise

Tyrol is testing: The Tyrolean population can be tested between December 4th and 6th

May come: CoV exception for Nikolo

Eike Immel on VfB Stuttgart: “VfB will have nothing to do...

Against hatred on the net: “Misogyny and degradation run deep in...