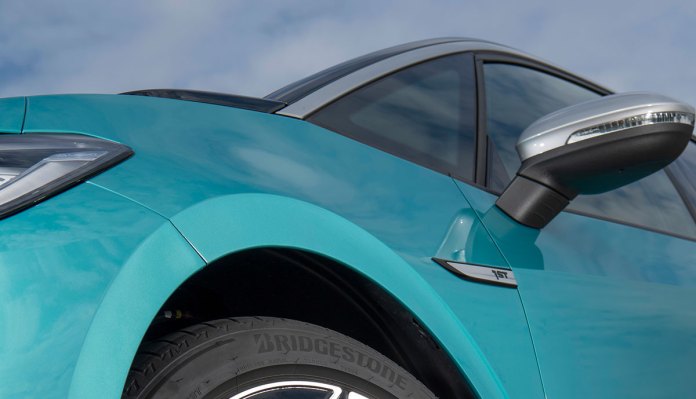 Volkswagen updated its planning in November: Group investments in future technologies were increased to 73 billion euros, around 35 billion of which are reserved for e-mobility. There are already prospects for some of the electric cars to come in the next few years, but the plans for many E and existing combustion engine series are less specific. The German Press Agency (dpa) has now found out more information.

Europe’s largest car manufacturer wants to introduce various electric cars of various brands across the group, with the new Stromer family ID. focus on the core brand VW. The first series will be available from this year: the compact car ID.3 and the mid-range SUV ID.4. The Wolfsburg-based company has already presented additional models in the upper segments, but at least one small, particularly affordable electric car is also in the works.

VW plans to offer a cheap electric MEB small car in 2023, reports the dpa – previously there was talk of 2023/2024, possibly not until 2025. VW’s current battery-powered microcar, the VW e-up! is currently no longer available due to high demand. The new ID. Model will be located under ID.3, which has been available to customers since September, and will cost around 20,000 euros, writes the dpa. A dedicated project team was entrusted with the development of the series, which is likely to be called ID.2, and the vehicle should be roughly the size of a Polo.

Concrete details about the ID.2 are not yet known. The Volkswagen subsidiary Seat was actually commissioned to adapt the MEB Group’s new electric car kit for battery-operated small cars, but the project has been repositioned since the middle of the year. Before the entry-level electric car comes onto the market, the ID.5 SUV coupé and the ID.6 large SUV are on the program after the ID.3 and ID.4. For 2022, the ID. Buzz planned, the following year the Aero B upper-class car is to come to dealers as a sedan and station wagon.

Hybrids are also being pushed forward

According to the report, VW wants to supplement its classic series with new hybrid variants in particular from 2023 to 2026. The electric range of the part-time electric vehicles is to increase to up to 100 kilometers, so far a maximum of 60 kilometers are available according to the WLTP standard. The VW Passat will be dpa According to, contrary to what has been assumed in the meantime, it will not expire, but will be reissued. In Europe, however, there will only be the station wagon version. The Touran and Sharan vans are to be discontinued in the medium term, but a new SUV similar to the Tayron made in China will be produced in this country.

When it announced its updated investment plan, Volkswagen announced that it would in future also be building an electric luxury-class model for other brands at its light commercial vehicle headquarters in Hanover. It could be the dpa to act as “Tesla Fighter” with shared technology from Audi, Porsche and Bentley.

Despite the coronavirus crisis and the group’s switch to electromobility, Volkswagen wants to expand its global market share again in the coming years. In a current scenario, the target for the core brand is an increase of 0.5 percentage points to 8.6 percent in the next year. The corporate strategists are optimistic, among other things, that hybrid models in particular are currently being ordered and, thanks to high subsidies, more electric cars are in demand.

WHO is alarmed about new coronavirus variant in Europe

Moderna wants to be the first company to apply for EU...

OSRAM: Business with semiconductors and automotive products is booming – business...

“Will always be friends”: Lindsey Vonn breaks up her engagement

Biokerosene: Researchers are working on climate-friendly kerosene from food

Russian vaccine is also to be produced in Germany