Federal submission: People’s initiative “for a ban on the financing of war material producers

The initiative demanded that the Swiss National Bank, foundations as well as state and occupational pension institutions should be prohibited from financing war material producers. According to the text of the initiative, all companies that generate more than 5 percent of their annual turnover from the manufacture of war material are considered to be war material producers. The federal government should also work at national and international level to ensure that corresponding conditions apply to banks and insurance companies.

BDP National Councilor Lorenz Hess rates the result as positive. An assumption would not have been good for the economy, especially in “uncertain times”. “The implementation would have been very administrative and theoretical,” he said.

It is fundamentally difficult for initiatives. It was no different today with the War Deals initiative. But there are other reasons that it failed today. The topic of “Financing the armaments industry” required a certain amount of prior knowledge; the initiative was not easy to understand. In addition, there was the fact that the war deals initiative was overshadowed by the corporate responsibility initiative from the start – the debate and heated argument took place there and not in the war deals.

And then the initiators apparently did not succeed in mobilizing and convincing beyond their left-green circles. The goal of “no money for the wars of this world” – so the slogan of the initiators – was described as utopian by the opposition and also fueled the fear of economic consequences in Switzerland – in the middle of the corona crisis. That should have made the difference.

Those were the arguments of supporters and opponents

Proponents argue that the money that belongs to citizens should not be used to finance wars. As a neutral country with a humanitarian tradition, Switzerland is committed to human rights, peace and diplomatic relations. At the same time, billions of Swiss francs are being invested in wars and conflicts – that is a contradiction in terms. The initiative protects the credibility of Switzerland accordingly. Pension funds could achieve a return in line with the market even if they did not invest in defense companies.

For the opponents, the existing financing ban serves its purpose. The ban called for by the initiative would severely limit the investment opportunities of pension funds and AHV / IV. Higher administrative costs and investment risks are to be expected, as well as negative long-term consequences for the return prospects. In Switzerland, numerous companies are also involved in the value chain for the production of war material, which is why the initiative is also damaging the economy. And finally, the initiative also endangers the independence of the Swiss army, since it would become even more dependent on foreign countries for the procurement of war material.

The live ticker for voting Sunday 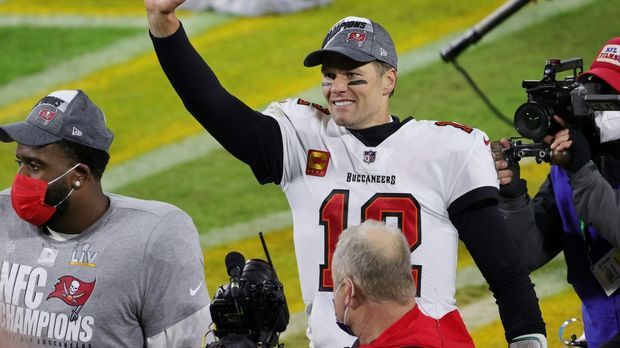 This is how much the cult car is worth

Stricter entry regime under criticism – “The quarantine would be a signal: Don’t even come to Switzerland”

NEOS: Congratulations to Niko Formanek and his team for moving into the GR

New terms of use: WhatsApp is losing millions of users

In December, demand for cars in Germany increased by 9.9 percent

Bumpy vaccination start: breakdowns in the cold chain in Bavaria

Boxing Day on TV and livestream

Grosjean wants to go to the last race after a horror...

Doubtful honor: Wendler und Bohlen will not like this “award”

Boris Becker on corona quarantine before the Australian Open

Chinese probe collects moon rocks – this is what it looks...