Discounter Aldi keeps adding electronic devices to its range, such as computers and televisions. Now a 65-inch TV is on offer for just under 500 euros. What can the device do?

Shortly before Christmas, Aldi Nord is adding a new Smart TV from Medion to its range: the MEDION LIFE X16596. The device has a diagonal of 65 inches, is supposed to offer users many functions and costs around 474 euros thanks to lower VAT. We explain what the Aldi television can do in a quick check.

It’s in the Aldi television

With a screen diagonal of 65 inches (165 centimeters), the Medion device is particularly suitable for users who sit further than three meters away from the television. How to calculate the optimal seat distance from the television read here.

The device has a resolution of UHD, with 3840×2.160 pixels, and has HDR and Dolby Vision. Users can receive channels via cable, satellite and antenna. The television also has a CI slot for smart cards. This enables users to receive encrypted TV and radio stations – like the HD programs of some private broadcasters.

Those who prefer to stream can access the Smart TV functions of the MEDION LIFE X16596. For this purpose, users can connect the device to the Internet via cable or WLAN. Apps from Netflix and Amazon Prime Video or YouTube are preinstalled. In addition, users can also call up the public service media libraries. However, providers like Disney + seem to be missing, as reported by the specialist portal “Computerbild.de”. If you want to record a program, you can do so with a USB hard drive.

“Computerbild.de” praised the equipment of the Medion television in its test. According to the experts, the sound is also “perfectly fine” and delivers a better result than previous 65 incher from Medion. In addition, the television should be able to display colors “strong and yet natural”. The best way to do this is to change the device’s color temperature. And the TV shows movements “clearly and cleanly”, writes “Computerbild.de”. Overall, the specialist portal describes the offer as “extremely cheap for a television of this size”.

The MEDION LIFE X16596 will be available from December 10th in the Aldi Nord online shop. The device is available for 489 euros. Thanks to the reduced VAT, customers currently pay 474.33 euros. Aldi Nord specifies five to 20 working days as the delivery period.

A roller coaster ride with a good outcome

Dax clearly buckles before the weekend – SAP despite strong numbers in the red, Varta under pressure from competition

Costa Crociere celebrates the floating of the Costa Toscana 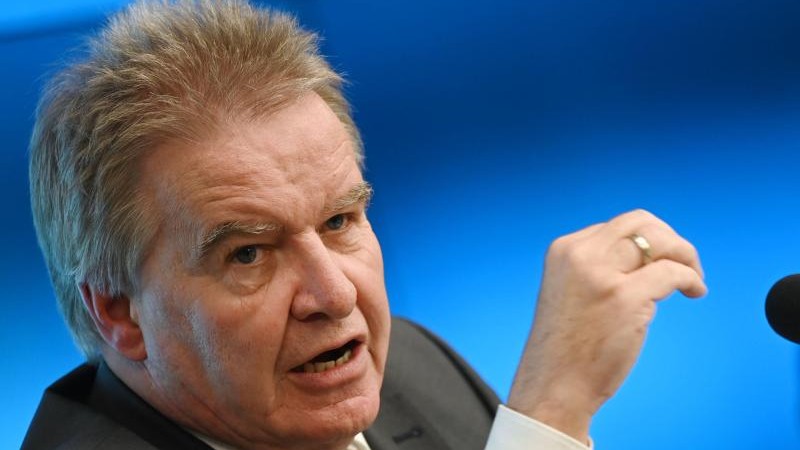 Landtag – Stuttgart – Frenzy of the green environment minister has...