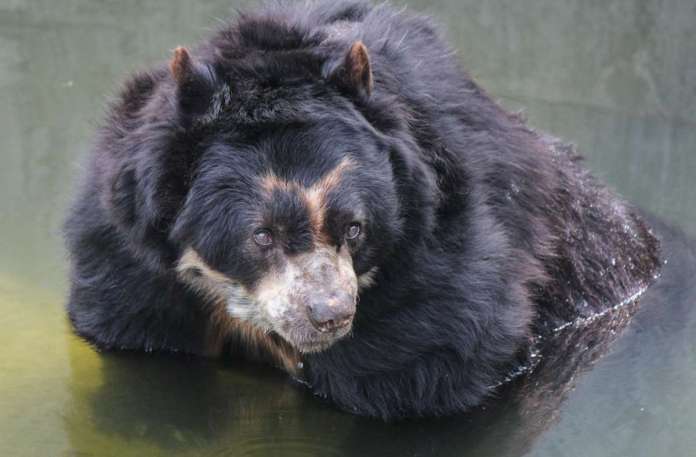 The spectacled bear Ambrose was 31 years old. The photo series shows a few nice photos from his life at Wilhelma. (Archive image) Photo: Wilhelma / Stuttgart
The animal had reached an old age at 31. Now the Stuttgart zoo reports the death of the predator from South America. Ambrose has lived in the Wilhelma mountain landscape since 1991.

Stuttgart – At the age of 31, the spectacled bear Ambrose died in Wilhelma. The very old animal died on Wednesday, as the Stuttgart zoo announced on Friday.

Ambrose was born in February 1990 in a zoo on the Channel Island of Jersey and had two cubs in Wilhelma together with the Peruana bear. The offspring now live in other zoos. Peruana died in 2017, after which Ambrose was left alone due to his old age, the message said. “Until recently he hiked uphill and downhill over the facility and also liked to go swimming.”

With Ambrose, the last animal has died that has lived in the area since the “facility for bears and climbing animals” was opened in 1991. According to the zoo, the vacated facility is now to be modernized.

Red Cross lights up on Stuttgart skyscraper – memorial for gastronomy,...