The most popular Windows 10 version is the May update from 2020, ie Windows 10 2004. The prevalence is stable at 37.6 percent. But the most popular Windows 10 version is not the most current, because the new Windows 10 October update has grown well in the first month and is already installed on 8.8 percent of the systems. In comparison with other function updates, a respectable result after the first month, even if you consider that Microsoft is only distributing the update conservatively.
Oddly enough, Windows 10 also increased a bit in 1909 and climbed from 32.4 percent to 36.4 percent. Windows 10 1903, on the other hand, had to give up quite a bit, falling from 22 to 10.2 percent. But this is not surprising, as support for this version will expire in December and users are increasingly being asked to switch to another version.

All older versions are at 2 percent and less. For Windows 10 1809, Microsoft has postponed the end of service for private users to November 2020, so users of this version have to hurry and switch to a newer version.

After Nokia and BlackBerry: LG’s smartphone business is about to end

PS Plus: February 2021 free games – when will they be announced?

Who needs Photoshop anyway? Affinity free as a 90-day version

Chrome 88: Lots of changes in the latest browser version

Hundreds of Britons disappear from the Swiss corona quarantine overnight

Our corona-free annual quiz: Do you know what was going on... 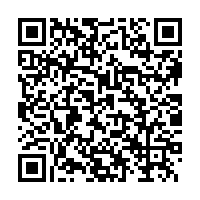 Berlin Palace is about to open: Prussia’s glory is back –...