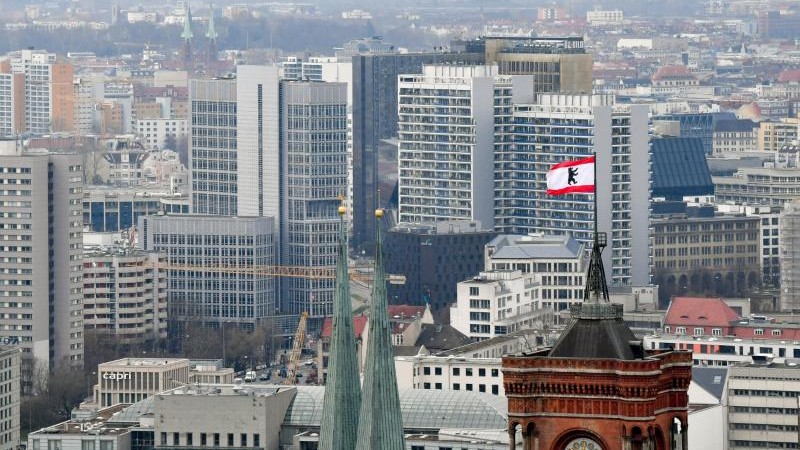 Berlin (dpa / bb) – The initiative “Expropriate Deutsche Wohnen & Co” has presented new proposals for the compensation of real estate companies in Berlin. It assumes that the necessary expenses for loans and interest could be financed solely through the rental income, as the initiative announced on Monday, which is seeking a referendum on the subject in Berlin. However, “expropriate Deutsche Wohnen & Co” calculates the compensation amount to be only 8.3 billion euros. That is significantly less than was previously discussed.

This sum arises if a net rent excluding heating for the socialized apartments of 3.70 euros per square meter is taken as a basis, as Ralf Hoffrogge explained, one of the initiative’s spokesmen. This is the case in the so-called fair rent model proposed by the initiative. According to this, the rent of the socialized apartments should on average not account for more than a third of the income on the poverty line in Berlin.

In contrast, the net rent excluding heating was, according to the information, in 2018 at 6.71 euros per square meter, the compensation amount in this case would be 24 billion euros. The initiative argues that the amount of compensation is not a legal but a political issue.

“Deutsche Wohnen & Co einteignen” is committed to “socializing” real estate companies with more than 3000 apartments. According to Hoffrogge, this would affect 243,000 apartments across Berlin. Opposition parties and the real estate industry reject the socialization plans, and the Berlin SPD had also spoken out against it.

In September, the Senate Department for the Interior had determined the legal admissibility of the referendum after months of examination. The House of Representatives will have to deal with it next. If the decision in terms of the initiative is negative, it can demand that the referendum be carried out. To do this, in the second stage of the referendum, it would first have to collect around 175,000 signatures from eligible voters who support the cause.

Air traffic – Frankfurt am Main – No Brexit effects at...